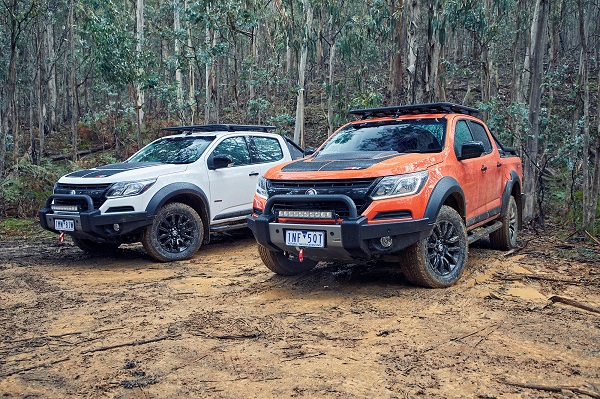 Holden has released a new limited-edition flagship version of its Thai-built Colorado one-tonne ute, dubbed the Z71 Xtreme and equipped with a host of additional equipment to boost its off-road credentials.

Following in the muddy footsteps of Toyota’s HiLux Rugged X and now able to access the most difficult of job sites, the Z71 Xtreme is based on an Australian-designed concept of the same name shown at the Bangkok motor show a couple of years ago, and carries into production many of the accessories used on the show special.

Priced at $69,990 driveaway, the Xtreme doesn’t come cheap, but Holden claims it has more than $19,000 worth of extra equipment and genuine accessories that justify the increase in price over the donor Colorado Z71 dual cab, which tops out at $57,190 plus on-road costs.

The powertrain remains unchanged, with the 2.8-litre ‘Duramax’ four-cylinder common-rail turbo-diesel remaining in service with 147kW of power on offer (from 3600rpm) and, given this is only available with an automatic gearbox, 500Nm of torque (from 2000-2200rpm).

The transmission in question is the familiar six-speed auto with ‘Active Select’ sequential manual gear selection, driving through a part-time four-wheel-drive system.

All Colorados come with seven airbags as standard, and as a crew cab the Xtreme includes rear park assist and a reversing camera.

Putting the heat on storage