Free simulation and cost-effective control of robots from igus 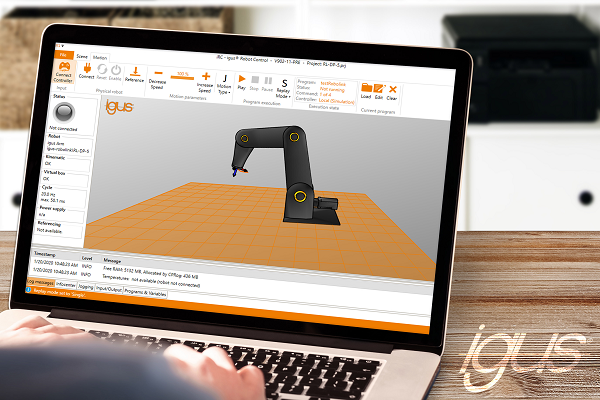 Users can program a suitable solution before purchase with different robot kinetics and a digital twin which simulates movements.

“As a mechanical engineering company, we are very familiar with the different kinematics, so the next logical step for us was to develop a correspondingly simple and intuitive robot control system,” igus GmbH head of automation technology Alexander Mühlens says.

In the software, there is a digital twin for all igus robots, which can be simulated and taught like the real robot. The robot control system is also used later to program the robot intuitively, meaning all programming can be applied to the real robot afterwards.

With igus robot control, the user can freely move all axes of the digital twin via a 3D interface. To do this, the user must manually move the robot to the desired position and define how it is to be moved then the process is repeated until the desired motion profile is created.

The igus robot control can also be connected to a higher-level control system, either via interface communication with digital IO or via Ethernet communication using IP address.

The igus developers want to expand the control system even further: “In the future, we want to offer cloud services such as vision integration, remote commissioning and also online training for a small cost, which the customer can book,” Alexander adds.

“Further services such as image evaluation via webcam or bin picking solutions are planned as cloud-based solutions.”