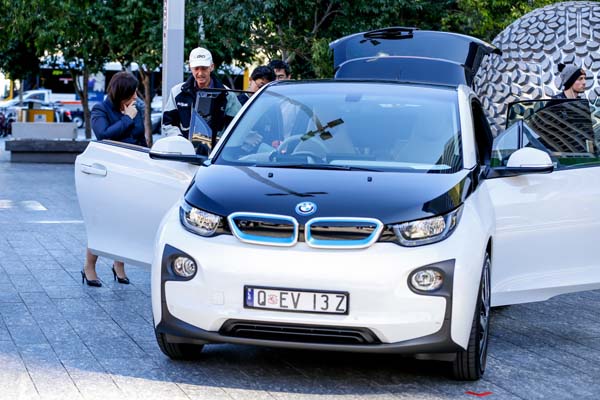 Australian engineer and renewable energy expert Saul Griffith has told the ABC’s 7:30 Report that Australia is ignoring the household savings EVs could bring.

Saul, who has acted as an advisor to the US government on its plans for mass electrification, says that EVs have been “caught in the culture wars”, adding that Australia has the lowest cost of electricity in the world, meaning we can stand to save the most money by electrifying our vehicles and heat.

“If we electrified the majority of our domestic economy, we’d be saving every household $3,000 to $5,000 a year in total. That’s billions of dollars per year for the nation. We have everything to win here,” he says.

When explaining his point, he says that he believes it’s hypocritical that governments are incentivising rooftop solar but not EVs: “Rooftop solar in Australia is cheaper than the cheapest grid supply electricity in the world. But crazily we import oil instead of using that cheap resource to power our vehicles.

The report adds that onus has been on the states and territories to incentivise EVs given the lack of federal attention.

ACT chief minister Andrew Barr tells 7:30 Report that Canberrans have not had access to any federal government initiatives or incentives as part of that territory’s plans to spur on uptake, which include two years’ free rego, a stamp duty waiver and interest-free loans.

As for mass transit, NSW has committed to buy electric buses from Western Sydney manufacturer Custom Bus to get up to 60 new buses in service this year. NSW is aiming to electrify its full bus fleet in nine years’ time.