EV to grid trial to go ahead in ACT 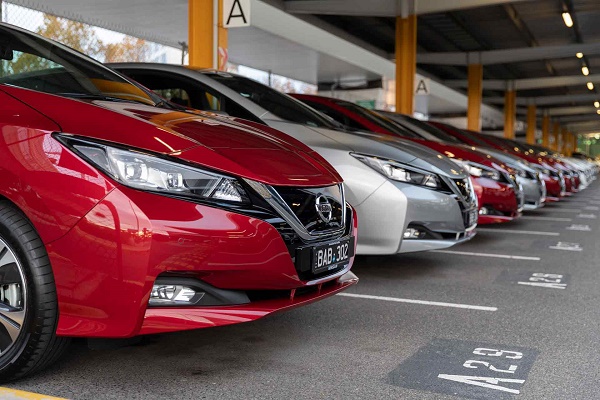 The Australian Renewable Energy Agency (ARENA) has announced $2.4 million in funding to ActewAGL to demonstrate vehicle-to-grid (V2G) services in Canberra. As batteries on wheels, V2G technology allows EVs to discharge electricity back to the grid or even provide services to improve grid security.

Dubbed the Realising Electric Vehicle-to-Grid Services (REVS), it will see 51 Nissan LEAF EVs deployed across the ACT to test and provide V2G services. The EVs will be part of the ACT government fleet and when plugged in will provide Frequency Control Ancillary Services (FCAS) to the National Electricity Market (NEM).

This will be the first time that fleet vehicles are used as bi-directional chargers supplying FCAS to the NEM and in turn providing services that improve energy security and avoid blackouts. By testing new revenue streams, this could also improve the operating costs of the vehicles.

ActewAGL will be working alongside a consortium of academic, government, transport and electricity system partners including the Australian National University (ANU), JET Charge, Evoenergy, SG Fleet, ACT Government and Nissan.

The 51 Nissan EVs will be replacing traditional combustion-engine vehicles that are currently used for work around the ACT.

ARENA chief executive Darren Miller says that the organisation is committed to commercialising technologies that can aid the integration of EVs into the electricity system: “Given its potential capability to provide similar services as household batteries, V2G has the opportunity to transform a vehicle into a revenue generating device for consumers, through access to energy and network service markets and also to provide power solutions for the grid.

“As EV uptake grows, this project will help to unlock a future where EVs are just as critical a piece of the electricity sector as the transport sector.

“The REVS project will also include a major study of the economic, electrical and behavioral learnings of V2G arising from the trial. Using these outcomes, international learnings and new analysis, the ANU will produce a V2G roadmap for Australia highlighting the potential of V2G and possible steps to get there.”