Caroline Reidy talks to Terry Duffy from National Credit Insurance about risk and reward and why in business a handshake just won’t cut it. 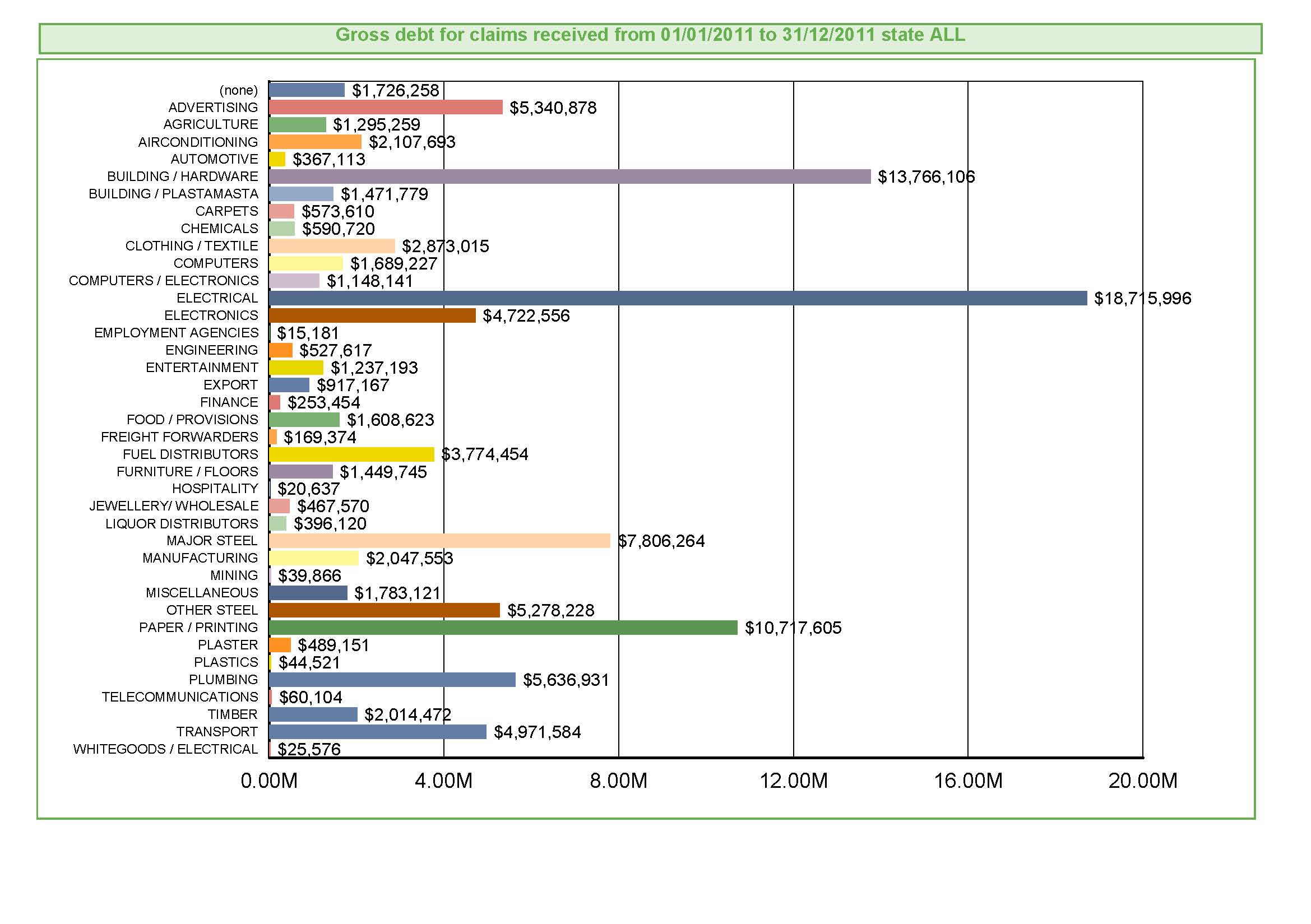 Sound familiar? This handshake-over-a-beer style of business certainly has its place in building camaraderie and cementing business relationships, but without a safety net it can also spell disaster for your bottom line.

The trades, particularly the building and electrical industries, are most at risk.

“This is an industry where most people are genuine and honest,” he says. “You enjoy sharing a beer with them on a Friday night, but that also makes it also one of the riskiest.”

In 2011 NCI recorded more than $18 million worth of claims from the electrical industry alone, the highest of all trading industries on its books – which cover everything from telecommunications and textiles to carpet and agriculture.

While the electrical industry recorded the highest cost of claims it did so with a lower overall number of claims, 170, compared to the building industry’s 176 … a dubious honour considering the building industry’s overall claim figure was $5 million less for the year. This means that electricians are claiming more money on average than every other sector.

Both trades were well ahead of all other industries, while the plumbing industry also sits at the pointy end, with 46 claims totally $5.6 million in 2011.

Unfortunately last year was not an isolated annual figure for the trades either, says Terry.

“Is it a one off or a recent occurrence? Regrettably not. Unfortunately trades, and in particular electrical contracting, are littered with bad debts. And unfortunately it’s been happening for years.”

In 2010 NCI received 146 claims from the electrical industry, totalling more than $13 million. The building industry – with 228 – claimed $12 million.

“There are very few contractors that haven’t been ‘stung’,” says Terry. “For some it’s just minor hiccups, but for others we’re talking about substantial sums.The result of a failure can send a contractor broke, cause financial hardship and sometimes require the family home to be sold or mortgaged to raise funds.

“2012 is likely to be worse than 2011. Work in building and construction is hard to come by and builders are doing it tough. Finance is getting harder to obtain and insurers are anticipating increased claims ahead.”

Credit insurance provides protection against bad debts, insuring a company’s debtors against the risk of insolvency or long-term payment default. Generally up to 90% of monies owed can be claimed on a credit insurance policy.

As one of the largest brokers of credit insurance in Australia and New Zealand, NCI offers credit insurance policies as well as a range of risk assessment products – advice, management of cash flow and information. The NCI database provides clients with access to information on potential customers, such as adverse or overdue accounts.

“Credit insurance isn’t for everyone. It is best for businesses with an excess of $2 million per year in turnover,” says Terry. “The cost of insurance would usually be between 0.3% and 0.6%. If a contractor added 0.5% to a project, for example, the additional cost in dollar terms isn’t significant and if projects are turning on 0.5% then good luck when you come to collect on your variations. The insurer checks out the company’s sizeable customers, agrees to the risk and if the experts get it wrong they pay,” explains Terry.

While the earlier claims figures are generally referencing the ‘big end’ of town, bad debt remains a whole-of-industry issue due to the inevitable flow-on affects. Many industry issues are also generated at grass-roots level by smaller contractors.

“The ripple effect which the industry suffers is not always within its own control, but players often don’t help themselves either,” explains Terry.

“Credit insurance claims are generally paid upon insolvency, but it is commonplace to do work in good faith and not get paid, as I’m sure most contractors would agree.

“Often a contractor or builder goes broke leaving another contractor or supplier holding a bad debt. In many cases the debt will or can send the innocent party broke.

“If I asked many people involved in the electrical industry if they’d gamble $25,000 at the casino tonight, the answer would be a definite no! But having been involved with the trade industry for many years I believe that in the contracting culture it isn’t the norm to ask how or who is going to pay for the work.

“Electrical contractors and suppliers are in business,” Terry adds. “Professional business people carefully assess who and to what level of risk they are comfortable being exposed to and mitigate the risks.

“Unfortunately nobody can protect contractors, whether they are plumbers, builders or electrical contractors unless they open their eyes to risks and act to reduce them accordingly.”

So just how do you protect yourself? Obtaining credit insurance is one option, particularly if your business turnover and level of risk justifies the cost.

Assessing the way you do business is another.  Terry has a number of tips for contractors, wholesalers and suppliers alike:

Put it in writing: Ensure all contracts, agreements and credit terms are put in writing and signed off on by all parties.

“This will also confirm who your customer is,” says Terry. “Very often a contractor won’t know the actual legal entity with who they are dealing.

“Such agreements should also include the relevant state government protections such as in Queensland the Building Industry and Construction Payments Act 2004.”

Do your research: “Don’t hope for the best,” says Terry. This means doing your research on whether the potential customer is ‘good’ for any anticipated outstanding monies.

Outsource your research and risk: If you don’t have the resources to do your own research, in-house analysts at credit insurance companies can investigate and advise if a potential customer or business partner has a poor credit history.

“Tell us the customer, the job, the likely maximum exposure and we can research and provide you with an informed opinion,” explains Terry.

“We have access to a unique database of prospective customers from which we view adverse information. Do this before you spend a day on a quote only to find the people you are dealing with was involved in a failed business last year in another state.”

Job value versus potential loss: It’s basic maths … the higher a job’s value to you, the greater to risk of loss, explains Terry.

Not all jobs are worth the risk: “Make an informed and confident decision with the sum of information you have on whether to do the job or deliver the supplies,” Terry concludes.

“As one electrician once said to me ‘I can go broke just as easily sitting on a beach and it’s much nicer than working for weeks and then not getting paid’.”