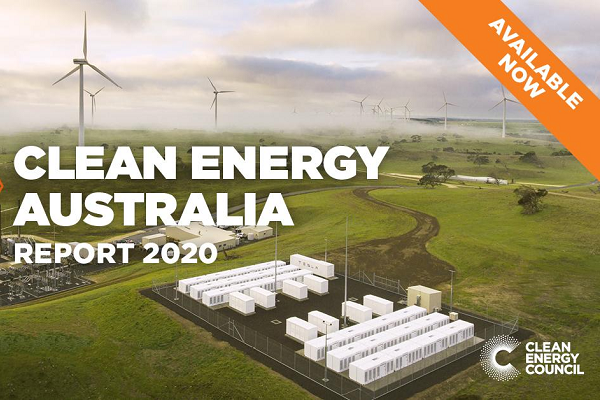 The Clean Energy Council (CEC) has announced in a report that 2019 was a remarkable year for the Australian renewable energy industry with 4.4GW of renewable energy capacity installed with almost a quarter of Australia’s electricity supply coming from renewable sources.

“A record 2019 saw Australia take a major step towards a clean energy future, with 4.4GW of renewable energy capacity installed, which is the equivalent to more than two times the capacity of the Liddell Power Station installed in just a single year,” Kane says.

“Last year saw the construction of 34 new large-scale renewable energy projects, adding 2.2GW of clean energy to the grid. This represents around $4.3 billion in investment and the creation of more than 4000 new jobs.

“Alongside this, we saw the rooftop solar industry smash last year’s record, adding a further 2.2GW of new capacity with the highest number of new systems installed since the solar boom of 2012.

“Renewable energy is now responsible for almost a quarter of Australia’s total electricity generation, and the industry continues to grow and evolve as we transition to a cleaner, more affordable and more reliable energy system.”

Kane mentions that these milestones are even more impressive when considering the challenges against the industry including political squabbling over climate change and a 50% decrease in large-scale investment. He believes that while energy regulators are working hard to address these issues, momentum can still be restored to the renewable energy industry.

“Our ageing coal-fired power stations are becoming increasingly unreliable, with many due to retire in the next 15 years,” he says.

“We have now reached a critical point where we must continue to grow our renewable energy capacity and accelerate work to upgrade our outdated grid infrastructure so that we can successfully transition to a modern, clean energy system.”

The attached report from the CEC also highlights that 2019 was a huge year for the emerging renewable hydrogen industry, with $370 million in funding allocated under the National Hydrogen Strategy and the states delivering their hydrogen strategies and projects.

The energy storage sector is also starting to gain momentum, with the more than 22,000 small-scale batteries installed in 2019 taking Australia’s household storage capacity past 1GWh for the first time.

Tradie of the Year awards 2020