Bullying in the trade profession 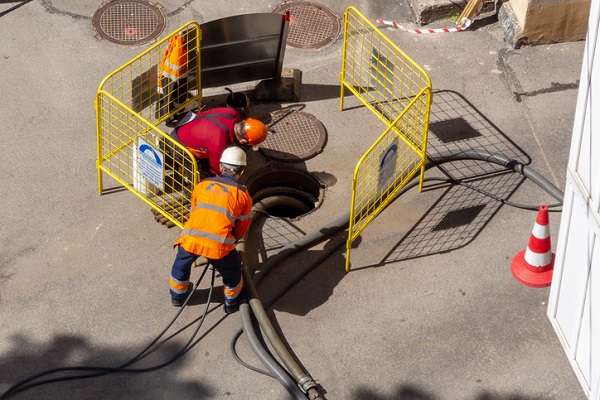 Many tradespeople face the issue of bullying in the workplace from time to time, and the issue is now more poignant than ever before due to increased public awareness of mental health, Paul Cott writes.

If you are an employer (or an employee) in the trades industry, the question arises as to what your options are to deal with an allegation of bullying, or knowing what to do if you know bullying has occurred and/or is witnessed.

As an employee it is a difficult situation if you are being bullied at work, and often there will be no easy solution, particularly when the person doing the bullying is your boss. But there are certainly legal ramifications if the issue is unaddressed, primarily on the employer but also potentially on fellow employees. And there are obviously potential health impacts on the employee, which back up the assertion that the issue must be resolved.

But there are options. What I am about to say has relevance not only to employees, but also to employers, who also need to understand their options when handling such matters.

Firstly, employees often have the option of free confidential workplace counselling programs, often titled EAP (employee assistance program). The author has himself utilised such services in the past and they can be great for getting a raft of strategies for dealing with the problem. The limitation of EPA programs is that they are generally only free of charge up to a set maximum amount of sessions. The EAP ‘facilitator’ can sometimes act as a go-between, liaising with the perpetrator and/or employer and the particular employee to assist with a resolution to the problem.

Human Resources (HR) departments (that is, if the particular business has a HR department, which may not be the case in many small businesses) should not be discounted out of hand. HR
departments, however, are employed by, and therefore paid and financed by, the employer but when all is said and done, if a resolution can be reached through a HR department (again, if one exists in the business) then all the better.

Employers need to be most concerned about, from their own perspective at least, alleviating or removing the legal risk of a legal claim arising from an occupational health and safety (OHS) perspective. The duty on an employer to provide a healthy and safe workplace is not delegable to a third party. And it is a very strict duty – so that employers have a duty (in and of themselves only) to prevent a risk to health and safety, and to deal with it if a risk arises. Bullying in the workplace places the health and safety of potentially all employees at risk, not only the ‘victim’ but also the perpetrator and, potentially, witnesses to the bullying. The author has witnessed bullying in the workplace and it is not pleasant!

Other non-legal options for employees and employers to deal with workplace bullying include frank, open and honest communications about what is going on with the victim, the perpetrator (it is acknowledged that the victim often finds it very difficult to discuss the situation directly with the perpetrator) and the employer, and discussing the issues with counsellors outside the workplace. Discussions with friends and family and perhaps with other colleagues may also be useful. Some employers have formed an ad hoc role at the workplace, i.e. a person or committee at the workplace with whom anyone in the business can raise (on a strictly confidential basis) not only bullying allegations, but also, if they wish, other workplace issues where confidentiality is key. In the past the author has been a person to whom confidential issues could be raised. Bullying was a common theme, unfortunately, at that organisation.

As far as legal options are concerned, an employee has the option of making an application to the Fair Work Commission for an ‘order to stop the bullying’. What will result from that application, if successful, takes the form of a preventative order from the Commission to stop the bullying occurring any longer. It is critical to note, as this is a common misconception, that monetary compensation cannot be ordered in this forum.

It is implied in the order that there must be a likelihood, on the basis of evidence on the balance of probabilities, of the bullying continuing, and, in addition, that the employee must be still currently employed in the organisation. In many unfair dismissal and similar cases in the Fair Work Commission, where the author has acted for an employee, the employee has raised the fact that they were bullied whilst employed at a workplace. But it is too late at that point to raise these allegations, as the employee is no longer employed there and so the fact there was bullying becomes just background to the matter.

Unfortunately, on a different note, it is all too common for the employee to believe that they have or have had no alternative but to resign because of the bullying. This should generally (but not always) be viewed as a failure in the organisation and may give rise to a case of constructive dismissal (which is where the employee resigns, but it is in law deemed to be a termination where the employee felt that they were forced by the employer’s conduct to resign.)

Breach of an ‘anti-bullying order’ by the occurrence of further bullying at the workplace will often result in the employer and/or the perpetrator coming back before the Commission to explain the default, which can obviously cause added time-consuming stress and cost to the employer.

The author has acted in quite a few ‘anti-bullying applications’ and his experience is that the process works very well, and in every case the matter has been resolved at the mediation process, which is a mandatory part of the procedure. In none of these cases has there been a necessity for the matter to come back before the Commission and the parties have been able to move on.

To finish off this article, it is worthwhile keeping in mind exactly what is unlawful workplace bullying and what is not. Unfounded allegations of workplace bullying, unfortunately, occur far too
frequently. Just because someone is upset by what someone at the workplace said or did does not automatically mean bullying has occurred in terms of the legal definition. The far most common ‘defence’ to a bullying action by an employee is what is termed ‘reasonable management action’. For example, an employer is sometimes entitled to have ‘harsh words’ with an employee in the context of performance appraisals, discussions addressing underperformance and misconduct, investigating these things, refusals of leave requests, and modifying employee duties and hours. Even swearing at or near or directed towards an employee is not on its own necessarily workplace bullying, even if the employee may be upset by what has happened.

Finally, it is important to note the three critical elements unlawful bullying: the conduct must be repeated, so one-off instances are not sufficient; it must present a risk to OHS; and it must be likely to occur again.