Features
Home›Features›Breaking into the prison sector for electrical contractors

Breaking into the prison sector for electrical contractors 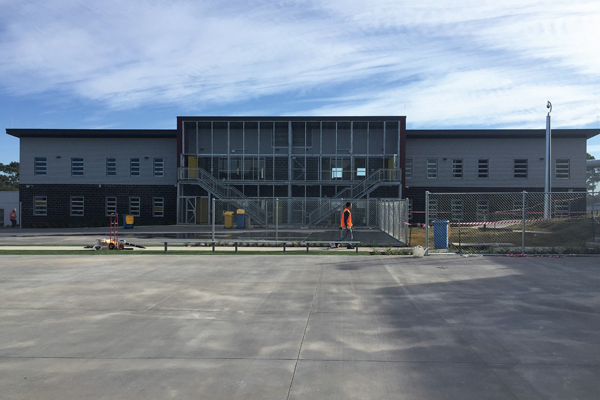 As Australian prisons look to upgrade and grow, one Sydney-based contractor explains how it thrived under trying circumstances. Ainsleigh Oates reports.

And so, it turns out, prisons are big business.

In the past few years, the majority of correctional facilities in Australia have undertaken upgrade or expansion projects. Alone, NSW has already completed six upgrades around the state within the past five years, with the government announcing a reform program that invests in rebuilding prisons around the state.

The Parklea Correctional Centre was to undergo an upgrade in order to keep pace with the quickly growing population. The facility’s existing 80 minimum security beds were no longer enough to keep up with demand. Further, the escape of three prisoners from the minimum security facility in 2011 had forced the site manager to review the prison’s infrastructure, likely spurning the need for updated equipment and amenities.

The job was no small feat; the Kerfoot team had many challenges to overcome including the need to design bespoke components like covers for vandal-resistant electrical items as well as power and data panels that could be installed on precast walls off-site. Further, all work was to be completed in a live prison environment.

Project manager Josh Kerfoot was aware from the very beginning that with a job like this, there was no room for mistakes.

“There was to be no second chance when the prisoners moved in. The preparation, staging and installation practices Kerfoot implemented on this project were meticulous and resulted in a seamless transition from existing to new facilities without affecting the day to day operations of the prison,” he says.

The difficult job comprised of many complex installations off- and on-site, processes that the team had not tackled before and many learning curves; however, the Kerfoot team was more than thrilled with how the project went despite the obstacles they had to overcome. Upon completion, they had clocked up more than 20,000 working hours over the course of 12 months.

Kerfoot was contracted to:

Considering the pressure Kerfoot was under to produce high quality work on an unfamiliar and potentially dangerous site, all the precautions and planning leading up to the job were well worth it, says Josh.

“Our teams worked with the security guards at all times; the guards did an amazing job and all employees felt safe while in the prison,” he says.

Not only was there a concern for personal safety while on-site, but there were strict requirements in place in relation to the tools and materials used in the construction of the new facilities.

“High strength electrical equipment with a vandal resistance rating of IK 10 or above was needed. Independent testing of these items also took place off-site to ensure they were resistant to attempted damage,” Josh says.

In the planning process, Kerfoot had to carefully consider how best to select the products that would be the best fit for the application. The team came up with a list of important items that needed to be developed from scratch. These included:

The challenges associated with this product design process were that the power and the data components were undertaken by two separate contractors, and having the fixings for the plate too close to the box out in the precast panel would cause concrete to fall away when it was drilled.

Upon consideration of the pros and cons, the team eventually came up with a design suitable for all circumstances. Custom stainless steel plates were produced and Clipsal Secure range products were altered to suit the application. A range of pop rivets and tamper proof screws were used to fix the plates to the wall and the outlets to the plates. This resulted in Clipsal naming the altered Secure range product after Kerfoot; for example, BSLS15A KERFOOT 3.2mm H is a single gang power outlet.

The majority of the prison was to be constructed using pre-cast concrete panels that were formed off-site. Over 500 panel workshop drawings were created, all in 3D to ensure the installation would go to plan. Because the electrical accessories could not be moved once installed, every application had to be millimetre accurate.

Other design considerations the team had to make included:

As can be expected, working such a big job on such a high risk site involved meticulous planning and management. Throughout the course of the operation the maximum, minimum and drug rehabilitation facilities and the guard compound were all shut down at some point. These shutdowns were no easy task to get around as they required not only all workers to be cleared to work in the prison, but a sign-off from everyone involved, a process that itself took nearly five or six months.

Due to Kerfoot’s continuity of management and staff throughout the process, the team was able to smoothly complete the four major shutdowns in order to bring the new facility online without any disruptions to the operation of the prison.

“We saved time on-site, reduced the amount of material required as well as installed energy efficient products. Since the completion of Parklea, Kerfoot have been successful on a further two prison projects,” Josh says.

“It was a very successful job in the end.”

From a small family business, just four staff in total back in 1972, to a leader in its industry, Kerfoot has come a long way since the days of driving Parramatta streets in just two vans. More than 45 years later Kerfoot, now, has 30+ vehicles and services most of Sydney’s major areas.

The case for north-south pitch