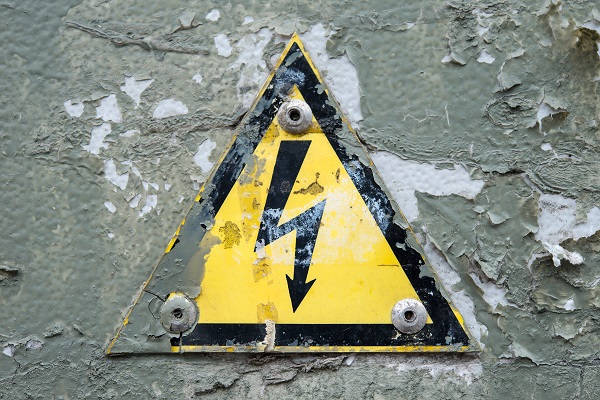 Peter Vandenheuvel recounts a tragic story where not one, but two fatal deaths occurred by electrocution, and explores ways to ensure minimal chances of similar occurring in the future.

Was it an epiphany?

Well not quite. But it was definitely a light-bulb moment on how unexpected consequences from minor incidents can have a most-profound effect some time ‘down the track’.

It came across my desk as an article entitled “Dead but still alive” from the September 2020 Australian Police Journal, written by New South Wales Police Detective Superintendent Paul Devaney.

It is a most detailed and very well written account of how a number of totally unexpected and seemingly unrelated minor failures can have a consequence far greater than normally foreseen.

Detective Inspector Devaney was called in during a routine ‘house call’ by police patrol to check on an elderly lady for her ‘out of character’ failure to attend a function. She was consequently found deceased in her shower still holding a flexible shower hose.

On attempting to move her body, it was realised she was electrically ‘live’. An electricity distributor technician called to make safe confirmed their suspicions. He also found the general area live, so instructed all to leave the apartment.

Coincidentally, while waiting outside for the technician, they became aware of loud music from an adjoining unit, unusual given it was late. So, the technician was asked to also conduct some testing on the area surrounding the adjoining parts of that unit.

It was also found to be live and as the resident (another lady) had not responded to earlier contact attempts. This adjoining was then also investigated. On entry, the resident lady was found similarly deceased in her bathroom. Both were first floor units on a common floor slab.

From a detailed and in-depth investigation, it was found:

The above combination caused both deaths from electrocution. By standing on their respective ‘live’ shower floors it created un-fortuitous paths to earth through the respective conductive shower hoses.

In conclusion, it was deemed as an extremely unlucky set of circumstances. The Deputy State Coroner determined both were accidentally electrocuted with a number of recommendations, one of which included the installing of ‘safety switches’ on lighting circuits.

It goes without saying my most sincere condolences go out to the families of the lost loved ones whose active lives were so tragically cut short in these heart wrenching circumstances. In addition, I feel sure that most (if not all) tradies would feel and do likewise; horrified their innocent involvement in such a situation led to a dual and catastrophic conclusion.

In addition, it should be clearly understood there is no suggestion the installation was in any way at fault. But it illustrates where and how wiring is installed can have a major impact on the potential of lethal shock incidents at any time.

The above was a unique situation, but even in my (quite small) family in the last ten years and in different states there were two quite similar potentially lethal electrical shock instances:

Looking at the Wiring Rules.

There are two main areas in AS/NZS3000 most closely involved in dual-fatality incident above:

Both are important in setting the minimum standards aimed to avoid negative outcomes. But it must be understood the Standard only deals with the normal operation of the installation in conditions that might be reasonably expected.

The Standard tries to anticipate previously identified as well as foreseeable future potentially harmful situations but cannot identify or deal with every possible hazard as it could then well become 6000 pages instead of the now 600 and still not identify all hazards.

So what else can you do?

Things that can help prevent more of these situations arising:

This is only speculation; however, as also alluded to in the coroner’s recommendation, if there had been an RCD on the lighting circuit, it is almost certain this most regretful outcome could have been averted.

And the good news; this has been further addressed since the original requirement for RCDs back in 1991 by further amendments in AS/NZS3000 – in 2000 for lighting and since for most other circuits – so the installation of RCDs to all except few special circuits is now mandated.

However, there is still much catching up to do as many of the millions of houses and other residential as well as commercial and industrial installations built before 1991 or 2000, may still not have any RCDs whatsoever or only on certain since-mandated circuits.

So this leaves a huge number of installations with zero, or only partial, RCD protection. Consequently, there are countless situations where responsible owners or occupiers of homes, offices and factories are not meeting their lawful – or present-day expected – duty of care for their families, employees and the public at large.

This presents an opportunity for enterprising contractors to provide additional safety to their customers and add to their sales, just by recommending additional RCDs or reconfiguring current RCD installs or upgrading the level of protection to that now required for new installations. Then everyone at the installation will have the safety and protection they have a right to expect, regardless of what that it was originally built to.

Remember; there are clearly defined RCD installation requirements to comply with, but nothing to stop you installing extra RCDs or connecting more circuits to existing RCDs if they further enhance safety. So – providing you don’t create a situation where an unexpected disconnection of supply must not occur – the more RCDs the better!

Also, with manufacturers having eliminated nuisance-tripping by ongoing product development, the (now lame) excuse of certain types of equipment tripping will no longer wash.

There was another influence in the above sad incident, protection against external influences; the wiring enclosure penetrated by the nail.

This relates to placement of wiring, its protection and the earthing of any part of any conductive material, including materials that may become conductive from moisture, other liquids or conductive contamination. All critical as they contribute to increasing catastrophic shock risk.

So, where and how the conductors are installed is vitally important; hence minimising the potential of accidental cable insulation, sheathing or protection penetration or breakdown is paramount.

Following on, it is equally important for earthing and bonding to be able to play its role. This will ensure the immediate disconnection of supply through operation of RCDs, fast response short-circuit protection CBs or fuses via a direct earth-return path. All will assist the fastest practical operation of the RCDs and other circuit protection.

So it is imperative to earth or earth-bond all conductive structural parts in contact with, near or used for passing the cables through; and for cables passing-through to not be under pressure, against any sharp edges or corners or trapped and to have free movement if disturbed or impacted.

All wiring systems must be installed as detailed in AS/NZS3000 all of Clause 3.9 as a minimum requirement, for installations “under ordinary use, wear and tear and any abnormal conditions that may reasonably be anticipated”.

In addition, if you become aware (the semi-legal term being ‘that you knew or should have known’) there may be conditions in excess of those that may be ‘normally reasonably anticipated’; it would be prudent to provide suitable additional protection.

Although not fully comprehensive, here is a list of some of those issues that can help prevent parts or areas of an installation environment unexpectedly becoming live;

All will help minimise future accidental electrocution, give greater peace of mind and generate extra sales.

Keeping the lights on: Committee to examine ...