There is a culture among the various tradies on worksites that wearing personal protective equipment (PPE) isn’t necessary. 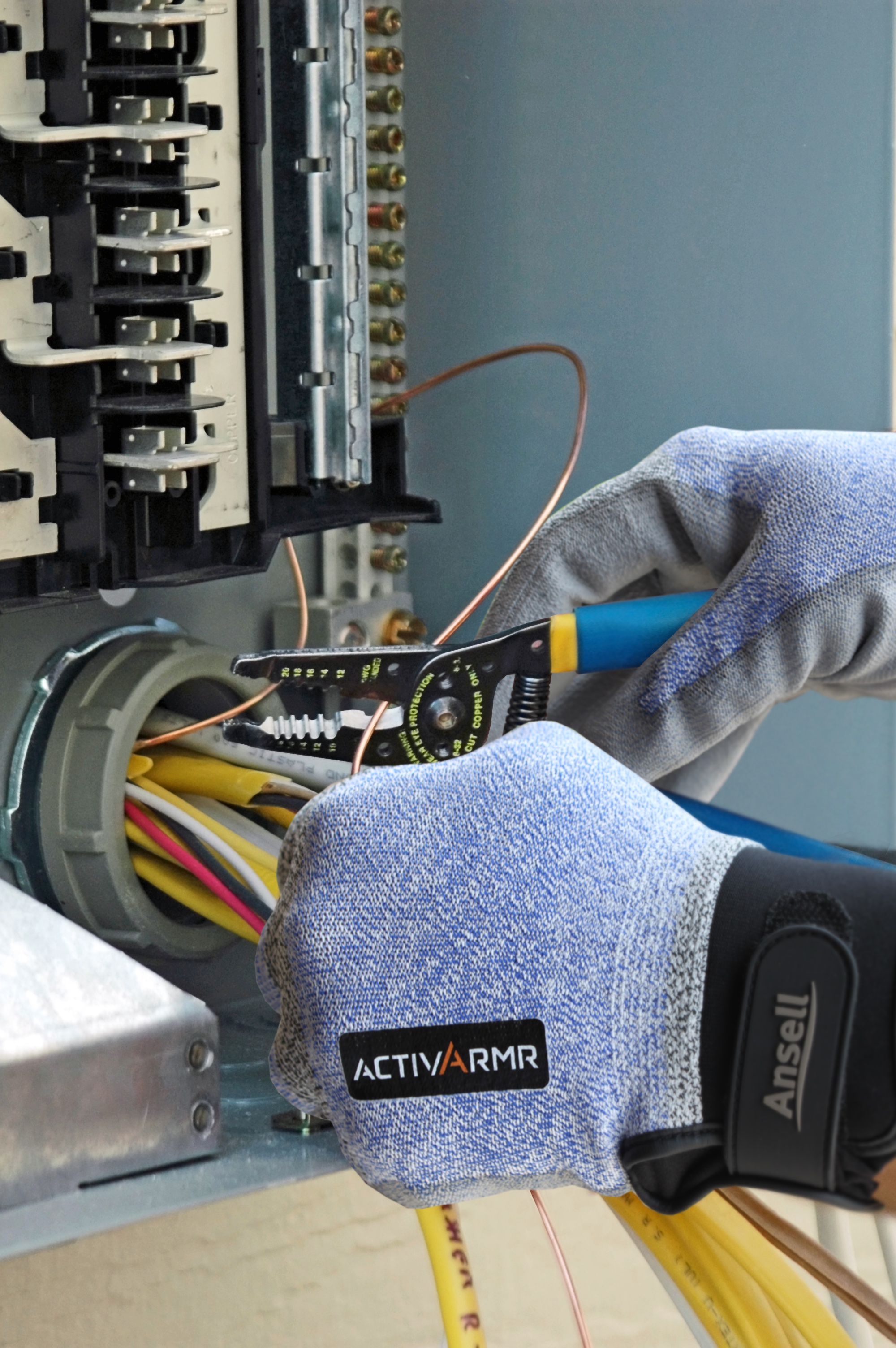 Sure, there are signs everywhere outlining the importance of safety – many stating that workers must wear safety glasses, boots and gloves – but at a recent product launch for Ansell (its glove business, not condoms) it was suggested that as many as 79% of tradespeople refuse to wear gloves.

After all, it’s only a finger.

“We discovered that people in trades such as electricians, plumbers and bricklayers constantly face risk of hand injury due to the materials they handle and the nature of common hazards they experience on work sites,” says Ansell retail glove marketing manager Tristan Beranger.

“Injuries often occur when people remove gloves due to lack of tactile sensation or restricted hand movement. Protective gloves that provide comfort for day-long wear, combined with the ability to grip tools while manipulating materials and parts, encourage hand protection to be worn.”

Named ActivArmr Personal Protective Gear, Ansell says its new range of application-specific gloves has been designed and engineered for the extremes of professional job sites and environments, where teams and individuals manage challenging risks every day.

But the absence of independent certification is exposing workers to gloves that may not be safe, he adds.

“The Australian Standards organisation does not have the resources to police importers for compliance with the EN-based Australian Standards and, critically, there is no process that assures workers that gloves have been independently certified for the stated level of protection,” Mitchell says.

“Protective gloves are being imported into Australia with EN ratings that may not have been validated by an EU-approved Notified Body. EN standards are considered state-of-the-art and are used by the Notified Bodies to ensure presumption of conformity to the PPE legislation.

“In Europe, it is mandatory to market protective gloves in compliance with the PPE 89/686 Directive. This means companies must market gloves that are safe; for example, no use of azo dyes, pH acidity that is close to neutral, and no sharp edges on the inside of the liner that could cause skin issues.

“The PPE 89/686 Directive also requires that gloves are safe for their stated use. For example, if a glove is claimed to offer high cut resistance in the liner it must be proven, via an independent, accredited laboratory, that it does indeed provide the high level of cut protection claimed. For example, if the highest level of cut protection is claimed, an independent test must confirm this. They cannot sell the glove in Europe with that claim if it doesn’t.

“Many industrial safety gloves being imported into Australia carry an EN pictogram; however without credible independent testing workers and their companies cannot be confident that these gloves will perform at their claimed levels in critical safety dimensions such as abrasion and cut resistance, not to mention chemical protection.”

“The internal testing data from these companies can be of questionable value.

“Recently, we had a case where a contract manufacturer claimed, based on their own internal testing, that one of their products had an EN puncture rating of three, one level below the highest which is four.

“We challenged the level three rating and the company came back saying ‘sorry, the rating should be X’, which means they can’t test it.

“We have now sent samples of this particular product to a European Union-certified lab. We would never market it in Australia without the performance claims being validated.”

He says that safety officers charged with establishing a work environment where ‘duty of care’ is taken seriously may be unaware of this key difference between the EU’s EN standards and the Australian standards.

“This could mean that safety officers, as well as unions and management may be unwittingly exposing workers to risk.

“It must be a priority for industry to regard the certification issue as a major concern, and an opportunity to both improve workplace safety for Australian workers, and reduce the pain and costs associated with workplace injury.”

“Safe Work Australia, the Federal statutory agency, should be looking at this closely.”