A power of good 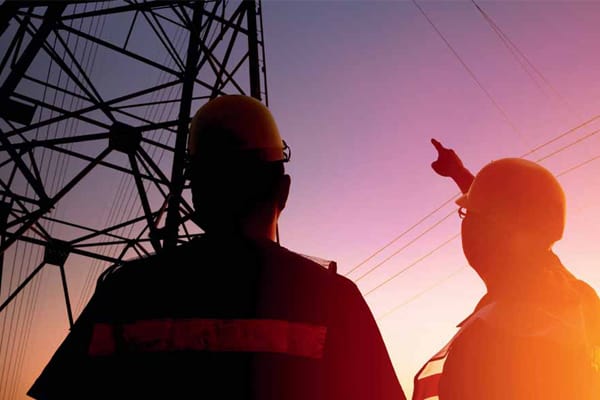 Electricity outages can expose your customers to much more than inconvenience. Phil Kreveld outlines the case for an emergency supply.

There might have been a time when the chance of losing electrical power for a long time seemed remote.

Any investment in emergency power for a business would probably have been seen as an unwarranted need for absolute security.

However, developments in the electricity sector mean that power security can no longer be a ‘given’. The power sector is going through a major transformation, and although specific aspects may be hard to predict, both in technology and scale, recent problems indicate uncertainty for the foreseeable future.

Maximum demand as a fraction of total energy use is increasing, and this is responsible for load shedding.

Many problems are due to the largely privatised generation and transmission sector.

Australia’s base-load generators mainly employ a lower level of technology than power plants being built in other countries.

China offers one example with its development of super-critical boilers, which are of high thermal efficiency resulting in lower CO2 emissions – about 0.8 tonnes per megawatt.

In Australia there is little or no appetite for investment in coal-fired power generation. And bank lending is hampered by the possibility of legal action based on banks having ignored emission regulations – even those not yet enacted.

Even if we agree that the capacity of 28 thermal base-load plants plus hydro stations on the eastern seaboard is enough for peak demand at the moment, the transmission system is strained.

More connectors are needed to provide security by despatching power from distant generators.

However, the Australian Energy Regulator (AER) sets strict guidelines for authorised investment – meaning those projects for which system charges can be set. Without AER approval, new investment is curtailed.

Officially, power security is assured by network providers, but there is enough evidence of regions being subject to disconnection through load shedding due to demand peaks.

Furthermore, a policy vacuum at the political level is a big deterrent for those who need to make the necessary upgrades.

So for many businesses the chance of having no electrical power for hours, or even days, has to be rationally weighed against the cost of standby plant.

A proposal for capital expenditure on generators, control systems and protective equipment is not likely to be warmly welcomed by business leaders.

Yet a good case can be made for a growing number of sites, thereby presenting business opportunities for electrical engineering and contracting companies.

Standby, auxiliary and autonomous power facilities have different tasks, but some functions can be combined so that power is available when supply is interrupted.

The ‘auxiliary’ function can even reduce power consumption from the supply when, for example, top price must be paid for kVAs.

Autonomous power implies the ability to go off grid, and this raises different economic considerations, in particular the cost of fuel. However, fuel costs might not be prohibitive if a system incorporates photovoltaic power and battery storage.

Part of the sales pitch has to be on the electricity ‘facts of life’, requiring an explanation to potential customers that:

Transmission grids on the eastern seaboard are being strained by maximum demand.

Many regions are subject to disconnection because of poorly integrated non-despatchable generation (wind, solar).

The standby generator should generally be a diesel synchronous unit to cater for long outage periods.

In planning a standby system, the ‘absolutely necessary’ loads must be established. Note: that this requires stipulating periods that must have power, then (on an increasing time scale) those that can do without it for a specified duration.

Commercial costs for borrowing vary greatly but let’s choose 7%. For the smaller 50kVA generator, assuming a capital expense of $50,000 and a three-year lease, that would add about $1500 to a monthly energy bill of $7000. Apart from leases, there are also chattel mortgages, and non-finance options such as Build-Own-Operate-Transfer (BOOT) arrangements.

If we assume that electricity costs represent 3% of sales, a 24-hour interruption to power would be a loss of nearly $8000 (using the highly enthusiastic assumption of a linear relationship).

However these figures do not take into account spoilage of material, loss of customers, consequential damages, etc. So the actual cost of business lost is likely to be much greater than the amount based simply on a proportion of electricity loss.

Depending on the selection of a standby diesel generator, the opportunity for ‘peak shaving’ presents itself. BOOT schemes lend themselves to situations where savings in energy initially accrue to the BOOT facilitator who takes financial responsibility of the equipment.

Basically, the generator cuts in when kVA demand is going to exceed the contracted maximum level.

The economics of peak shaving can be complicated. In general it will relate to industrial rather than commercial installations, and in particular to those with substantial high-rated motorised equipment.

However, peak shaving is a regulated operation. The proposed plant has to be approved as a distributed generator (DG) by the distribution network service provider. The regulations concerning DG vary greatly, and in general the opportunities at low-voltage level are highly restricted.

On the other hand, medium voltage customers are usually serviced by lines with high short-circuit capacity, and are therefore less affected by DG.

Regional distribution presents a special class, in that line resistance to reactance ratios is generally high. The insertion of DG can greatly affect voltage regulation.

Fuel is the main cost of a generator engine, and a 50kVA diesel will consume about 13 litres an hour.

Efficiency-wise, one litre is about 39 megajoules – or almost 1 kilowatt/hour. The overall efficiency of the 50kVA generator is about 25%, running at 75% capacity.

Efficiency drops considerably to about 17% at 25% capacity.

Based on a retail price of $1.20 per litre for the 75% loaded generator, a kilowatt/hour is about 40c, a somewhat sobering figure. Although this is 60% higher than an industrial tariff, it’s acceptable figure for a standby service.

The generator itself is highly efficient in converting rotational energy (torque x revs) to kilowatts. It is important to size the plant to the overall demand of the consumer. A lightly loaded synchronous generator supplying lagging power factor (the usual case unless uninterruptible power supply systems are involved) can develop serious overheating of rotor end rings.

Stationary diesel engines (unlike those in prime movers) require a fairly narrow load variation if problems such as ‘wet stacking’ are to be avoided.

Wet stacking (the collection of unburnt and partly burnt fuel as carbon deposits on cylinder walls and combustion chambers) is prevalent in engines operating under low temperature conditions caused by light loading.

A typical generator will have a sub-transient reactance of 10% or more. It can be as high as 18%. As a result, connecting standby generators to the mains is made more challenging, particularly if we go down to lower ratings.

The technical side of synchronising generators, obviously important for peak shaving exercises, is covered in a later article.

As with other potential business opportunities, the devil is in the detail.

In the first place, a short list of possible sites should be made. You may lack the power bill information, but you might have a reasonable idea of the power consumption patterns of some clients.

Next, a short interview with management should be sought. Initially they will probably not be alarmed enough to welcome a study of their plant and a resulting quotation.

Asking them to evaluate the cost of a day, or even a few hours without electricity is quite another matter. In the life insurance business this is known as ‘backing he hearse to the door, to make them smell the flowers’.

It is the sort of calculation that will reveal the benefits of investing in a standby system.

The next step would be to develop relationships with diesel generator suppliers and, through that, enhance your expertise.