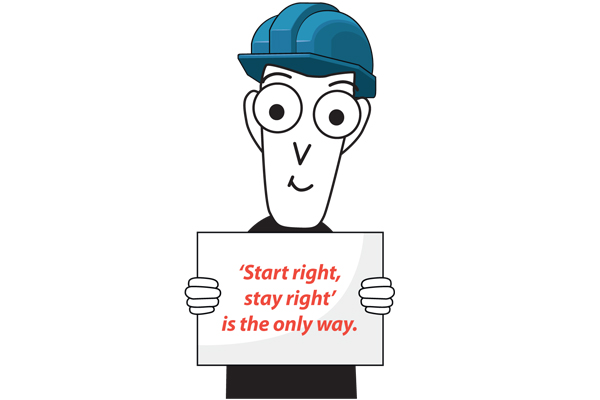 Compliance must be built in from the start and monitored all the way through. Verification cannot be retrofitted.

Verification is all about a question often posed by consultants, builders other customers and inspectors.

Verification, the title of Section 8, certainly isn’t a word that fits well in the “I think she’ll be right” category. It is “the process of establishing the truth, accuracy or validity.

It is all about that question often posed by consultants, builders other customers and inspectors which have been known to send shivers down the spine of less-prepared or under-researched electricians and contractors when asked: “Do you comply?”

This highly important section is all about two issues:

As all who are successful in the industry will attest, the process begins well before the installation is even started and doesn’t finish until the last device or item of equipment is functioning successfully.

A system that prompts each activity and ensures the recording of all testing, inspections and results in real time should not be discounted. ‘Start right, stay right’ is the only way.

Substantial changes from the 2007 edition in Part 2, Section 8, in page order include: