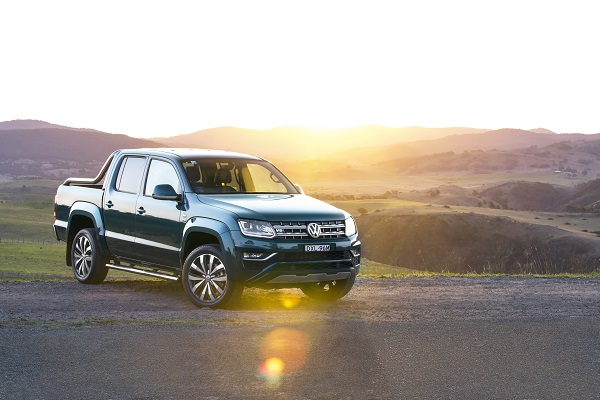 Volkswagen has set a new benchmark among the one-tonne mid-size ute brigade, launching a more powerful version of its Amarok V6 diesel engine that sees the German brand maintain bragging rights over newcomers such as the Mercedes-Benz X-Class X350d.

What’s more, Volkswagen says maximum power of 200kW is available from 3,500-4,000rpm via the temporary overboost function, which is a 10kW improvement over the TDI550 and kicks in for up to 10 seconds between 50km/h and 120km/h.

For this to occur, the standard-fit ZF-sourced eight-speed automatic transmission must be in either third or fourth gear, and the driver needs to have depressed the accelerator by at least 70%.

This is a fair effort for the big VW ute, which drives all four wheels on a permanent basis, tips the scales at 2,244kg and maintains a good fuel economy figure on the official combined test cycle (city/country), returning 8.9L per 100km from its 80L fuel tank. The engine is rated to the Euro 6 emissions standard while the TDI550 is compliant with Euro 5 and returns 9.0L/100km – the same consumption figure for the Benz X350d.

The new Amarok TDI580 Ultimate doesn’t come cheap, pushing the nameplate up past $70K for the first time with pricing that starts at $71,990 before on-road costs are factored in.

There is, naturally, a high level of equipment to justify the price tag, and few options, the main one being $610 for metallic paint.

The Amarok sits on a ladder-frame chassis and uses double wishbones with anti-roll bar at the front suspension and a ‘multi-layered’ solid axle with heavy duty springs at the rear.

Charging ahead with electric cars