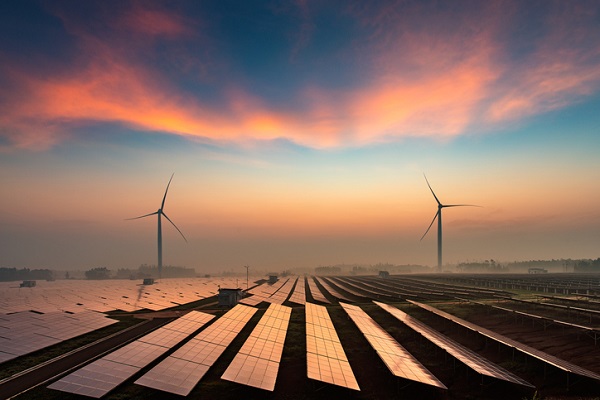 Making the transition to a renewable energy future will have environmental and long-term economic benefits according to UNSW Sydney researchers.

Published in the international journal Ecological Economics, it disproves the claim that a transition to large-scale renewable energy technologies and systems will damage the macro-economy by taking up too large of a chunk of global energy generation.

UNSW honorary associate professor Mark Diesendorf and UNSW engineering professor Tommy Wiedmann analysed dozens of studies on renewable electricity systems in regions where wind and/or solar could provide the most of electricity generation in the future.

Mark says that the findings were controversial in light of some fossil fuels and nuclear power supporters, as well as some economists, rejecting a transition to large-scale electricity renewables.

“These critics claim the world’s economy would suffer because they argue renewables require too much lifecycle energy to build, to the point of diverting all that energy away from other uses,” he says.

“Our paper shows that there is no credible scientific evidence to support such claims, many of which are founded upon a study published in 2014 that used data up to 30 years old.

“There were still research papers coming out in 2018 using the old data and that prompted me to examine the errors made by those perpetuating the misconception.”

He adds that critics’ reliance on outdated figures was “ridiculous” for both solar and wind technology.

“It was very early days back then and those technologies have changed so dramatically just in the past ten  years, let alone the past three decades,” he explains.

“This evolution is reflected in their cost reductions: wind by about 30% and solar by 85 to 90% in the past decade. These cost reductions reflect increasing EROIs.”

A/Prof Diesendorf said fears about macro-economic damage from a transition to renewable energy had been exaggerated.

“Not only did these claims rely on outdated data, but they also failed to consider the energy efficiency advantages of transitioning away from fuel combustion and they also overestimated storage requirements,” he said.

“I was unsurprised by our results, because I have been following the literature for several years and doubted the quality of the studies that supported the previous beliefs about low EROIs for wind and solar.”

The full paper delves into renewable transition possibilities, wind and solar, the energy cost/benefit ratio and what a sustainable future looks like and can be found through this link.

Deloitte and Esri Australia to deliver next ...