Greater RCD protection is not the only change coming to the Wiring Rules, but it has been contentious for many years. Gary Busbridge explains. 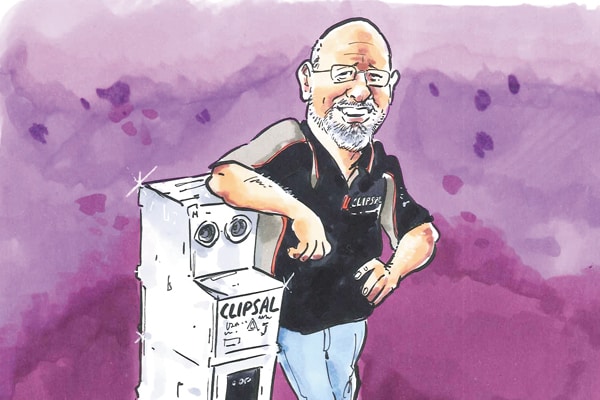 By now the importance of residual current devices, or RCDs, should be gospel for the industry.

Along with compatriots on the EL001 committee I have been conducting business forums on the changes to AS/NZS3000 Wiring Rules for the next revision. The main change relates to RCDs – and with good reason.

In the past couple of years there have been several electrocutions and accidents in the electrical trade, and it is hard not to be touched by every one.

We all probably know someone who has been affected by the experience, from minor shocks to fatalities, and in extreme cases those left behind suffer terribly.

We should be able to work safely and return safely to the family at night.

Very serious accidents have occurred while electricians were working with distribution and switchboards. However, many of the fatalities in domestic and commercial environments might have been avoided if RCDs had been fitted.

Of course, we all know that circumstances play a big part. If you touch active and neutral together, an RCD will not help at all.

But if an RCD has been fitted you would have to be extremely unlucky to touch both at once. Even the slightest delay in touching both will provide a path to earth from active or neutral, and the RCD will trip.

It might be stating the obvious, yet many cases of electrocution could have resulted from installations not being fitted with RCDs.

Think of working in a ceiling space, where there is usually minimal room to move and poor light. Perhaps a sparkie occasionally feels too old and wise to climb into those spaces – and the thought occurs to let the apprentice do it.

Of course it is crucial to provide appropriate training on the hazards of the work environment, and most of you do it on a regular basis.

Yet accidents keep happening, exposing all of us to the risk of serious injury or death.

So what can be done? One very simple procedure is to fit RCDs in all installations. This is a requirement for new installations, but spare a thought for the number of homes that still don’t have this protection. The estimate is 35% of Australian residences, or about 3.5 million.

From a Wiring Rules perspective, clauses dictate the installation of 30mA RCDs for most circuits in the home. Bear in mind that each state has legislated that AS/NZS 3000 be mandatory for electrical installations, and failing to follow the Wiring Rules is a legal offence.

Commercial spaces also have requirements for RCD protection. However, the main driving force is workplace safety legislation, which has been adopted nationally with ongoing test and tag requirements for appliances and RCDs.

Some jurisdictions have a requirement for RCD protection before a home is sold or rented, with Western Australia and Queensland leading the way. This should be uniform across the country.

Most old installations without RCD protection in most states just stay that way. Considering the improved safety when an RCD is installed, this is a sorry state of affairs for the home owner and people carrying out maintenance.

With this shortcoming in mind, the EL001 Wiring Rules committee has tried to provide some retrospectivity in relation to fitting RCDs in older refurbished residences.

Previous articles covered the inclusion of two rules (relating to alterations, additions and repairs) that should help to reduce the number of homes without RCD protection:

In the second case, for example, if the existing residence has two power circuits and one light circuit (both without RCDs) and you add a new power and light circuit then you have exceeded the 20% requirement.

What I like about these rules is that they put every electrician on the same page when quoting for a refurbishment. If either of these rules applies then the whole switchboard needs to be upgraded.

Spare a thought for electricians working on rural properties, with the installation of pumps and the like.

In recent times there have been electrocutions down on the farm. After inquiries were held, it seems that RCDs could have prevented the fatalities.

One point here is that the motors involved were up towards the 32A mark. Until now there has been a requirement to use 30mA protection on circuits up to and including 20A.

The biggest upheaval in years for the installation of RCDs is pending – and that is for all final sub-circuits up to and including 32A to be RCD protected. Yes that’s right, in residential and non-residential installations.

This has not been overwhelmingly agreed, but the thought is there and it does make good sense. The EL001 committee wants greater penetration of RCD protection in homes, but the commercial space is equally alluring.

The new revision of AS/NZS 3000 is nearly upon us. RCD protection is not the only change, but it is the biggest and most contentious for many years. Don’t be shocked when the Wiring Rules are published at the end of this year.

I will always remember hue