The world of electrical contracting in the mining industry 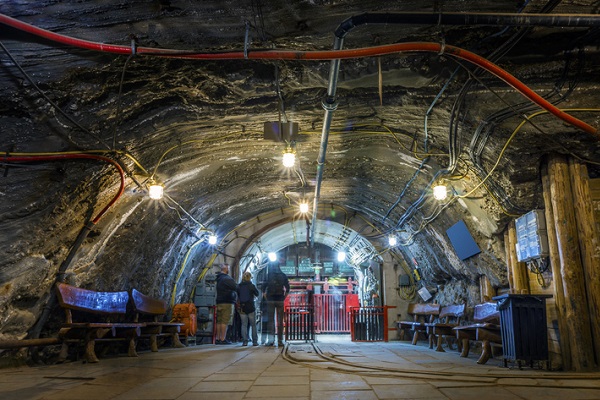 In this edition of the electrical industry update, Phil Kreveld takes a look at mining. He writes about the role that electrical systems play in mining and what’s the latest and greatest.

Australia is an energy rich, ‘dig and deliver’ economy contributing to the energy sources for electricity generation and using these as a prime force contributing to our wealth.

Electrical power is used in mining rock to extract ores, in comminution, (the processes of crushing and grinding), beneficiation to extract the valuable minerals from the gangue, the detritus left and in smelting and electrolytic refining. Electrical equipment includes protective gear, motors, motor control centres, switchboards, instrumentation, controls and communications.

Specialisation of electrical equipment for the mineral sector, and in particular for hazardous underground mining has also seen to specialised electrical contracting requirements and safety procedures.

Safety is of great concern, primarily because much electrical reticulation is in explosive atmospheres, or potentially subject to combustible dust. Intrinsically safe barriers, positive pressure cabinets and the use of pilot wires for safe connection of electrical gear as well as extensive leakage current monitoring are typical of safety measures.

For example, Australia developed one of the world’s largest underground flameproof substations. Weighing in at 55 tonnes the 6.5MVA, 11KV/3.3KV, 10-outlet substation provides power to a high-energy longwall substation in north Queensland. A key feature of the substation is the use of gas filled transformers.

A distinctly Australian innovation, this is a significant diversion from flameproof units used in other underground environments around the world. The gas filled units employ the technique of explosion protection by maintaining a positive pressure inside the tank, preventing methane, moisture and other contaminants from entering the transformer enclosure and causing an explosion. Gas filled transformers have undergone significant development since the first units were installed in the early 80s, to the point where the cooling characteristics are equal to similarly rated oil filled units.

Other Australian innovations include rectiformers. Combining a transformer and rectifier in a single package manufactured by AmpControl, provides an integrated transformer-rectifier package converting three phase ac electrical power, usually at very high voltages, into DC in a controllable form. Output DC ratings range in voltages from 30V to 1,000V, at currents up to and exceeding 120,000A. Usually applications requiring large amounts of dc power are electrolytic production and refining of metals such as copper, zinc and aluminium. An integrated monitoring and control system improves the efficiency of the electrical system energy conversion process and increases productivity. Installed on one of the Australia’s longest conveyors in Western Australia, the system provides monitoring and message referencing along the conveyor control pull wires. All data is available along the length of the 51km conveyor.

Without doubt, switchboard and enclosures require special attention. Door fasteners are often the weakest point in enclosures. Vent mechanisms are particularly important for small enclosures since they can be subjected to very high pressures should an arcing fault occur. Vents must be designed in accordance with the volume to be vented.

It is therefore highly recommended that regular safety audits of switchgear enclosures be carried out. Underground mining plugs and adaptors are another area of potential faults.

This is particularly the case with the medium voltage and high voltage plugs. The mechanism of failure that at first only shows up as an incipient fault is that of partial discharge.

Explained simply, the partial discharge phenomenon shows up as minute arcing discharges in the body of the insulation material and can only be detected via fairly elaborate tests—that is to say—the tests definitely can be carried out in the field but necessitate experienced operators and expensive testing gear.

The partial discharge phenomenon eventually results in a catastrophic breakdown of the insulation. The testing method that will give a likely clue as to whether partial discharge is likely to occur, is that of measuring the loss angle of the plug and adaptor set. Loss angle is a property of ‘lossy’ capacitors. The test therefore involves measuring in effect the resistive component of the capacitor which ought to be the principal parameter of the plug-adaptor set. Moisture and poor jointing are cited as the principal reason for insulation breakdown, with moisture being responsible for the so-called water-tree effect within the body of an insulation material.

Portable sub-stations and trailing cables are a feature of many mining operations. Typically, there may be several step-down substation transformers and multiple feeders. For example, there could be a low voltage supply for equipment such as fans and intermediate voltages for mining machines.

Protecting such a reticulation system against faults on a coordinated basis requires special considerations. Phase-to-phase faults should be cleared by circuit breakers with appropriate coordination to minimise the shut-down and confining of the fault to the feeder with the fault.

However, ground faults, a more common occurrence than bolted-on faults, need a protection system that takes account of trailing cable capacitance as well as that of attached equipment, chiefly motor windings. The general ground fault protection system utilises a star-point to ground impedance in the sub-station transformers. The principal reason for this is the limitation of ground fault current –something that wouldn’t occur in a grounded neutral arrangement. The chief concern in a ground impedance reticulation system is the rapid isolation of the faulty section and not necessarily the limitation of ground fault currents to levels below 30 milliamps for personnel safety considerations although obviously the clearance of the fault eliminates further risk, for example that due to step-potential.

The basic star-point ground impedance protection scheme utilises a CT, monitoring the current through the star-point impedance allowing tripping of the ground fault protection relay. Earth leakage relays have to be tailored to mining environments. In coal mining, relays must conform to AS 2081.3.

In designing the protection scheme, consideration must be given to trailing cable capacitance in particular since their lengths often mean that phase-to-earth capacitance values are very large. In the case of an ungrounded system, there can be virtually no current flow through these phase self-capacitances but in the case of a ground impedance protected reticulation system, the charging currents can be significant.

Therefore, account must be taken in setting tripping values for the protection relay. For medium voltage cables 1 amp per 1,000kVA and for low-voltage, 1 amp per 2,000kVA are rules of thumb.

If a neutral grounding resistor is used, the permissible let-through current should be considerably larger since the above charging currents are per phase—and account needs to be taken of non-uniformity in the trailing cable. In a three-phase system with one phase faulted to ground the other two phases contribute to ground current. In many protection systems, the neutral impedance let-through current is up to seven times higher than the charging current.

A complete protection scheme requires the use of a pilot wire to ensure a ground for a mining machine is available. The pilot wire ground protects against the occurrence of earth resistance being too high to permit sufficient ground fault current to flow to trip the protective relay. The importance of a safe earth connection necessitates the use, as mentioned earlier of earth continuity relays.

Note that the integrity of the earth wire is assured through the use of a diode circuit at the mining machine. An AC voltage, supplied by the earth wire protection relay, is applied to a pilot wire which is part of a circuit formed by the cable screen, and a resistor in series with a diode. The diode only permits positive half cycles of current to flow and this forms the basis of assuring the integrity of the earth wire. A loss of the earth-shield connection at the equipment, or a break in the pilot wire will cause the relay to operate. Similarly, should the pilot wire be earthed accidentally, AC current will be detected since the diode will be out of circuit. In actual operation, earth continuity relays energise when the pilot wire loop resistance is at or below a specified maximum value and the resistance to earth, at a specified minimum value. Obviously, the pilot wire connections must be engaged the breaker remains open until the pilot wire continuity check has been completed.

For a mining reticulation system with multiple feeders, a special protection schemes are common. Each feeder has a ‘zero-sequence’ CT (a CT through which ALL conductors of a particular feeder pass) to monitor its charging current. The ground point also has a CT monitoring the current to the star point. When an earth fault occurs on a particular feeder, its zero-sequence CT will measure the sum of the charging currents of the remaining unfaulted feeders plus the neutral point current contributed by the faulted feeder. These relays are used in earth fault limited systems. The core balance type needs to be installed properly to minimise nuisance tripping. The smallest toroid that can encircle the cable is normally chosen. If a cable passes through a large window toroid, there may well be a difference in leakage reactances of the three phases, thus enhancing the probability of nuisance tripping. Proximity to DC fields should be avoided and other cables should be kept away from the toroid. Harmonics pose another problem and will be encountered particularly in plant with variable speed AC drives. Zero-sequence currents circulating in the primary delta winding can in effect defeat the operation of earth leakage breakers.

Coordination with upstream ground fault relays is provided by increasing their tripping time. Coordination of earth leakage breakers in mining situations is used where large prospective faults are likely. Operating-time discrimination is used to protect against full-phase faults on low and medium voltage cables, and current level for higher voltage reticulation.

The relevant standards relating to protection devices discussed in this article are listed below:

The relevant standards relating to protection devices discussed in this article are listed below:

Contracting for mines- interesting and rewarding

Much of the daily work of an electrician consists of performing a number of statutory checks including earth continuity and protection relays. In addition, there is a host of mechanical checks including testing of the tightness of bolted panels and covers. This together with the inevitable repairs provides for a fully occupied shift.

The sort of problems seen in a mine are not necessarily very different from those above ground although water, humidity, vibration and dust are particular ingredients that make life below ‘interesting’. Mines seep water, causing motors and other equipment to become flooded and humidity as well as dust are an ever-present factor in malfunctions. Explosion-proof equipment, in particular switch gear enclosures have to be treated with enormous respect.

Vibration is another unavoidable hazard because of the heavy plant being used and therefore contactors are prone to malfunction and to exhibit contact welding. It’s all these areas of specialisation that make electrical contracting such an interesting and rewarding activity.