The ups and downs of the Wiring Rules 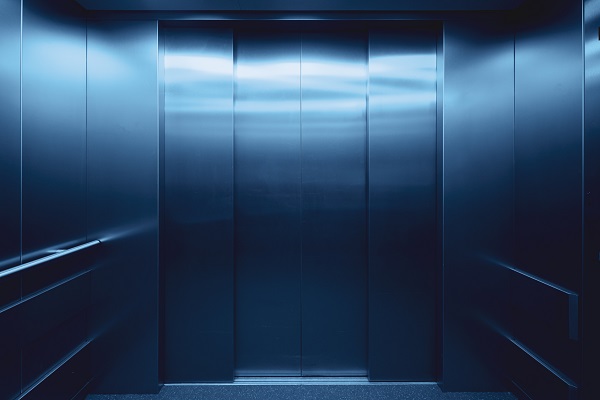 Changes in the way people use lifts in residential settings has sparked changes in the Wiring Rules. Sean Carroll looks into what those changes mean for electrical contractors.

It was 1988. A young man was trapped atop a 34-storey skyscraper in the city of Los Angeles.

Of course, that is bad enough for the anxiety-prone among us. But, the building was under threat. It had been taken over by German terrorists. The elevator was the young man’s only way to safety; alas it was no longer operational.

The young man, savvy LAPD detective John McClane, had been made aware of the fact that explosives had been planted in the lobby of the building. Without access to the elevator, he had no way to get down to the ground floor
and disarm them in time to save the city.

As a result, McClane grabbed an office chair, a stick of C4 dynamite and a near prehistoric desktop computer, bundled it together and launched it down the elevator shaft.

When it reached the ground it exploded and triggered everything below, presumably destroying the elevator infrastructure.

Now, in light of recent changes to the Wiring Rules, if this iconic scene from 1988’s Die Hard starring Bruce Willis were to happen today in Australia or New Zealand, yes, we still might have a blown up building but we may also have an intact switchboard or elevator control room.

In Part 2, Section 7 of the 2018 edition of the Wiring Rules, definitional changes were made to the terms ‘emergency’ and ‘non-emergency’ lifts.

Further, in changing the definition and distinguishing between these two kinds of lifts, it was deemed that emergency lifts now need to achieve a certain fire rating around the switchboard or control room. (Hence, the Nakatomi Plaza’s switchboard would be fine, if it was in 2020 Australia.)

Gary Busbridge is the standardisation manager for Clipsal by Schneider Electric, Electrical Connection contributor and chair of the Wiring Rules committee for Standards Australia.

“We did a lot of research into emergency and non-emergency lifts, starting with the fire brigade and the Building Code of Australia (BCA). We determined that a lift is actually a safety service, particularly in multi-storey buildings where a safety lift is required,” Gary says.

“The Wiring Rules has always covered lifts and how electricians should approach their wiring and control in regard to fire ratings for the switchboard, enclosures and for the busways carrying the cable.

“But, you also have to have fibre-protected circuitry to control the safety features of lifts, so if something goes wrong, emergency services can actually get where they need to be.”

So, while firefighters have always had access to lifts in emergency situations, the changes to the Wiring Rules come in response to a growth in popularity of residential lifts, usually one or two storeys high.

RESiLIFT general manager Erica Collins has noticed an increase in the sales of residential lifts in recent years.

“The price of land is forcing people to build up not out when building new homes,” she says.

“Further, the ageing population makes each of us aware that many people struggle with stairs so having an elevator in homes is becoming a necessity.”

“A residential conveyance lift is a piece of electrical equipment which means it doesn’t need all the fire rated wiring and switchboard enclosures; it’s just a large piece of equipment,” Gary explains.

“It’s important to distinguish these as separate to emergency lifts.”

However, the new rules don’t have a strict definitional line between an emergency and non-emergency lift. It’s all about the purpose of the lift; if it’s used in a residential setting, it won’t require fire proofing. But the application is mostly addressed on a case-by-case basis.

“At this stage, there’s probably not much contractors working with lifts should do differently, to be honest,” Gary
says.

“It’s like a lot of the lifts now, they come as pre-prepared pieces of equipment with a mini switchboard or sub-board attached that the electrician just makes connection to as if it were a normal piece of equipment.

“These things drop in through the ceiling and drop in place, it’s not like the lift shafts we see that are built as a piece of construction. This is more an appliance… a big one.”

The real-life applications of the changes as a result of these changes come into effect when making sure all the relevant pieces of equipment are compliant. There are no changes to how a lift is installed or operates. As far as Gary is concerned, these changes have come into effect and been received well and there hasn’t been any reason for it not to be.

“No, we don’t think anything will change unless the market actually dictates it,” he says.

“Really it’s just about the electrician making sure it’s safe. Not only electrically, but also for the people using it.”