The top six employment law myths in the trades 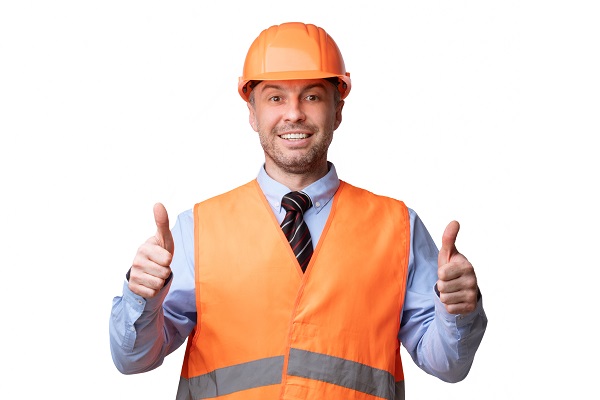 There are some still commonly stated myths in the employment law area among trades. Paul Cott myth busts the six most common ones.

Myth number 1 – you have to always give a warning to an employee before dismissing that employee. This is a very common misconception and in fact even some in the legal profession get it wrong so little wonder that those in the small trades industry get it wrong.

Another more common example of serious misconduct is where the employee refuses to carry out a lawful and reasonable instruction, where to refuse is inconsistent with the employment continuing. A topical example may be where the employer directs say an employee to be COVID vaccinated where that employee deals with the public all the time and refuses to be vaccinated.

Here though, there commonly is a warning of the possibility of the ending of the employment, and or some consultation about the directive.

Myth number 2 – casual employees of a long duration (say 12 months or more employment) have an automatic right to be converted to permanent (whether full or part time) employment. The law allows an employee to request conversion to permanent staff (but not for small business, defined as less than 15 employees), but the employer can refuse on reasonable business grounds.

In a small business scenario, the employee can request conversion however the employer can refuse and even though not required to give reasons for the refusal, should do so.

This is untrue as there is an element of contributory negligence here as the employee can be found to have contributed to the termination, despite the dismissal being unfair in the sense of it being harsh.

That is, any misconduct by the employee, though not classed as serious enough by the Fair Work Commission to justify a termination of employment, can reduce the amount of compensation awarded as the commission says that the employee in a relatively small way, contributed to the termination.

Myth number 4 – if an employer wishes to give no more shifts to a casual employee (even a long-term casual) then there is a belief among many employers that they have to formally end the employment relationship.

Whilst this is a good practice in a sense in that it creates certainty for both employer and employee, and it is borne out of fairness for the employee so that they know the status of their employment and can then find another job, it is a somewhat risky thing to do for an employer. This is because what the employee may do (and it has happened a lot in my experience) is lodge an unfair dismissal claim as they say they have been unfairly dismissed.

Now the right for a casual employee to lodge an unfair dismissal claim is restricted in the sense that they have to be a long-term casual with an expectation of ongoing employment, but once the claim is lodged, the employer has to still deal with it. It is often best therefore, if this risk is to be avoided, if to simply just offer the employee no more shifts.

That is the nature of casual employment, that of one where both employer and employee can offer no more shifts (the employer) and the employer does not have an obligation to accept any shifts so offered.

Myth number 5 – though it may be somewhat surprising how often this one comes up, often an employee (in particular) will say that as there is no written employment contract, that there are no contractual terms and conditions and to none of the rights and entitlements and obligations of the employment relationship apply. This myth comes up sometimes outside the employment context, including in the trades industry but is simply untrue.

Whilst it is in nearly every case preferable that a written employment contract does exist, for the sake of certainty if ever an issue or question or dispute was to arise, it is by no means illegal for no written employment to exist and in no way shape or form does it mean any of the terms and conditions implied by the law in any event, do not apply.

Myth number 6 – This is another very topical area. That is, that it is illegal or unlawful discrimination to deny people certain rights (such as entry to premises and or the workplace) on the basis that a person won’t be vaccinated against COVID. That is, without a medical exemption which should be in writing to have any status or any weight.

Vaccine refusal is not a protected attribute under any workplace or anti-discrimination legislation, case law or otherwise (yet).

A case where an employee recently won a case in the area (CFMMEU and Matthew Howard v Mt Arthur Coal Pty ltd T/A Mt Arthur Coal [2021] FWCFB 6059) of vaccine mandates focused not on the unlawful discrimination issue per se but more on the lack of consultation by BHP with the affected employee. Readers should not glean from this case that vaccine mandated are unlawful or unreasonable and will be struck down in other cases. The finding by the Full Bench of the Fair Work Commission is confined to the particular facts and the Commission even said among its other reasons, that vaccine mandates are generally reasonable and are in most cases directed to a logical and understandable basis.

So, there you have it, six commonly heard of employment law myths in the trades (and indeed other industries too) industry. The lesson is that talk over or around the water cooler so to speak about issues such as these is very often best ignored. The number of times I’ve had a client say that someone told me such and such, but that what is being said is untrue is quite astounding. It is best to go to expert advice if such issues arise and there is always help available, it is often just a matter of searching (or dare we say it, Google searching).

Risks can be catastrophic or insignificant, you ...