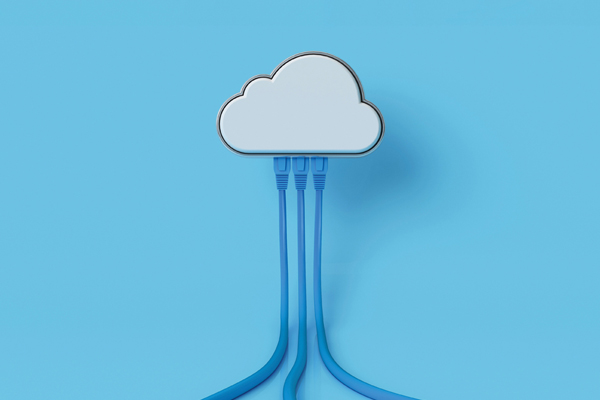 Tired of contracting, Clint Ruby decided a few years ago that it was time to become a sole trader, installing solar panels for a couple of major suppliers.

But, as is the case for many entrepreneurs, he didn’t have an easy go of things from the outset. When the market dried up suddenly in 2014, Clint had to make a quick transition into general electrical work in construction to stay afloat.

The switch to construction changed the business model of Ruby Electrical in Currumbin, Queensland, to one with a high volume of jobs and clients. For one thing, it meant employing three or four staff.

This increase in staff, clients and jobs became unmanageable as Clint tried to co-ordinate everything with a diary and a whiteboard. He was working until 10.30pm most nights to catch up on quoting and invoicing.

Apart from two weeks at Christmas, Clint and his family didn’t take a holiday in six years, because the paper-based business had to be shut down if he was absent.

Thinking there must be a better way, Clint began searching online for a digital solution and came across ServiceM8. The app was life changing, although making the switch wasn’t simple, as he admits to having been computer illiterate.

But he pushed ahead and taught himself to use ServiceM8, supported by the supplier’s online training videos and chat rooms. Now, the app is a core part of his business operations.

Clint estimates that he and his staff save four hours a day by not doing the paperwork required by their compliance-heavy roles. This has freed up staff to do more jobs, as well as reducing the cost of duplicate record books.

Also, the professionalism of his business has increased, which has been the key to serving more than 1,500 clients. In particular, this has been crucial in serving insurance companies, which demand a high standard of care and compliance.

Many small business operators could relate to Clint’s story. Going out on your own isn’t easy, but people could be making life harder than it needs to be. Are there readily available solutions that would be easy to integrate into your business?

“For example, there’s a belief in the market that digitisation, or digitalisation, has had a negative effect on employment, but that didn’t feel right to me,” Trent says.

To test his view, the teams at Xero and data analyst AlphaBeta looked at rollout data for the NBN as a basis for digital connectivity. They compared the figures to Xero customers’ data to see what was happening to employment and revenue growth.

The resultant report – From little things big things grow: How digital connectivity is helping Australia small businesses thrive – found that the rise of cloud-based applications has enabled small businesses to improve their performance.

Cloud-based apps store software and customer data on secure, enterprise-grade remote servers instead of on the premises. This allows business operators to access information, updated in real time, regardless of whether they log on from home, at work or via their phones.

“There is a real revolution occurring in the way small businesses access new business process applications, and I believe it is very important,” AlphaBeta director Andrew Charlton says.

“Digital connectivity and cloud-based applications are enabling small business to access the tools and efficiencies that were once the exclusive province of big business.

“Small business operators can now do all their accounting in a much simpler way, with a lot less paperwork and in a lot less time.

“They can also do HR functions, marketing and some recruiting. The list goes on, but these businesses are saving real time and real money thanks to the way they conduct their activities.”

Australia is home to 2.23 million small businesses, which make up 99.8% of all businesses in the country. They employ 10.9 million people, so their success is paramount to a healthy economy.

However, many small businesses are not fully participating in the digital revolution. Although the NBN covers half the country, two-thirds of small businesses were not connected to high-speed internet according to the Australian Bureau of Statistics in 2015-16.

“This speaks of opportunity,” Andrew says.

“There is a lot to be gained by small business if the power of these technologies is properly harnessed.”

He says the biggest challenges for the adoption of digital technologies are awareness and transition costs. These are exacerbated by a lack of time to investigate options, and fear of change (according to the Australian Taxation Office, 30% of businesses still complete business activity statements on paper).

“Most small business operators are busy – they have limited resources and lots to do.

“Further, if there is a substantial transition cost involved in adopting a new technology, it won’t be well received. The message of this report is that the payback period for small business is very short because of the amount of time it will save them.”

The rollout of the NBN began in 2009. This sparked a major shift in the type of digital connectivity Australian small businesses can access. In 2009-10, only 8.7% of small businesses and 10.6% of medium-size businesses had a high-speed broadband connection.

In the past decade, Australian businesses have increased their expenditure on information and communications technology hardware and software by 67%, and have shifted much of their spending from hardware to the cloud.

And it appears to be paying off.

“At a macro level, small businesses that are digitally connected are increasing their employment one-third faster than those not on the NBN,” Trent says.

“To get an idea of what is happening on a micro level, we decided to look at the number of apps our customers were using, integrated into their Xero system.”

The Xero system comprises more than 800 third-party apps that small businesses can use for a range of purposes, including rostering, time sheets or expense management.

With more than 50,000 registered third-party programmers on its database, the Xero app system is quickly becoming a powerful resource for tradies.

In the 2017-18 financial year, businesses on Xero using apps increased their revenue by 5.5% overall. That compares with 3.6% for those on Xero with no connected apps.

“Most of the apps our customers use are very much ‘clerical’ – accounting, invoicing and payroll, for example,” Trent says.

“But we’re also seeing a rise in the area of marketing, and for other purposes.

“If you look at construction specifically, the adoption rate is 40% for clerical apps and 20% for business intelligence. Further, 39% of tradespeople use apps for job scheduling and invoicing.”

Apps such as ServiceM8 and Tradify allow tradespeople to automate a range of micro-processes, including scheduling jobs with staff and customers, communicating with staff and clients about jobs, recording compliance information, preparing quotes and invoicing customers.

“When you look at the number and type of small businesses in Australia, they’re so fragmented and they do so many different diverse things,” Trent says.

“From a technology perspective, they were largely ignored until the cloud came along. Now they have better access to the technology that big business enjoys, and at a fraction of the cost.”

Removing barriers for digital connectivity now is important, because the digital transformation of small businesses is likely to be a slower process than some other digital transitions, such as social media.

Further, small businesses are often time-poor and can absorb only a certain degree of change at any one time. Adopting digital innovations is likely to be staged.

“Small business is such an important sector, employing 66.8% of the workforce, so digitisation is going to have a huge effect on the efficiency and competitiveness of the economy,” Andrew says.

He believes that growth in adoption of cloud-based apps will largely be organic, but it could be accelerated by more awareness and understanding among small-business operators.

“Gone are the days of people collecting receipts in shoeboxes for a few months then laboriously sorting them, manually entering and submitting them.

“The clerical activities that have consumed so much time in the past are now being automated in ways that are going to save many, many hours a week.”