The hidden dangers of EMF 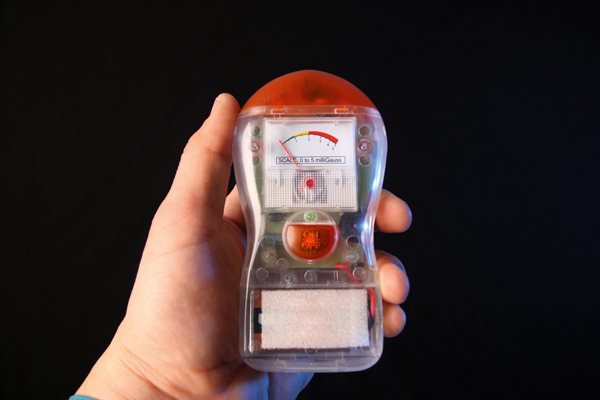 A link between man-made EMF and health issues has long been hypothesised. Can electricians take steps to minimise exposure in the home? Brihony Tulloch has the details.

Electromagnetic fields (EMF) refer to a spectrum of frequencies including the earth’s magnetic field, sounds, radioactivity and cosmic rays. Exposure to EMF is essential for human health (like sunshine), but it has been suggested that there’s a link between man-made EMF from sources such as building wiring and health issues like headaches, heart problems, tinnitus, memory loss and even leukaemia.

In the past 100 years the amount of exposure to man-made EMF signals has increased exponentially. As long as an appliance is switched on at the power point, it creates an electrical field and ‘leaks’ electrons. In Australia, the intensity of the electric field is measured at 240V/m. Building wiring lands in the low frequency range of 3EHz (Exahertz) to 300EHz and is not considered strong enough to ionise or ‘break’ DNA. This is why scientists have struggled to establish a causal relationship between EMF and health issues because exposure in the home is often imperceptible.

But according to building biologist and author of Healthy Home, Healthy Family Nicole Bijlsma, electricians should still keep EMF exposure in mind when it comes to designing and installing wiring systems in the home.

“We can still use technology and have a relatively healthy home, but the key is that electricians need to be mindful about the adverse health effects and how they develop and wire a home can impact residents health,” says Nicole.

“What they’re not trained in or mindful of is that current creates an AC magnetic field, which was classified as a possible carcinogen in 2002 by the World Health Organisation.”

In other words, the EMF created by basic wiring and cabling installed in every home is potentially putting people and children at risk.

Nicole believes that wireless devices like routers, baby monitors and smart meters should not be installed in areas where residents spends a lot of time as they can be exposed to high levels of radio frequencies.

“If the amount of antioxidants people’s cells create is less than the free radicals created from the EMF then the cell dies, which can adversely affect your health,” she says.

Melatonin is a hormone produced by the pineal gland. It plays a vital role in regulating our sleep cycle and eliminating free radicals (unpaired electrons in the body). But exposure to EMF can seriously impact the body’s ability to produce it.

“Having any type of wireless devices like routers, baby monitors or smart meters in areas where people spend time, especially the bedroom is a big no. This is because these devices can pump out high levels of radio frequencies which can affect sleep, and therefore melatonin levels,” says Nicole.

But there are several approaches electricians and cablers could consider to mitigate EMF from electrical infrastructure. According to Energy Networks Australia, the following three generic measures are generally the most practicable:

Nicole also advocates installing a demand switch in the circuit that delivers energy to the bedroom.

“This means that at night you can turn off your power supply completely so there are no electric fields, magnetic fields or radio frequencies going into the wiring in the bedroom,” she says.

There are also steps that can be taken during the design phase.

“I would suggest wiring the house in the ceiling cavity so that it goes straight down the middle of the house, with access via the inner walls, and not splaying them out all over.”

“The supply cable from the junction box where the wires attach to the house to the main panel should not cross above or beneath the bedroom.”

Nicole suggests avoiding materials that are electrically conductive like metal roofing and cladding. The helps eliminate the creation of random hotspots when wireless technology is introduced.

Electricians and cablers should also be aware that opting for sustainable energy solutions doesn’t reduce potential exposure to EMF – in fact it does the opposite.

Energy saver light globes, especially the fluorescent types with the coiled element – produce both low frequency and high frequency radiation that can travel long distances and be absorbed by the body.

Dimmer switches and touch lamps also spell bad news for EMF exposure. Any type of product that ‘squeezes’ power produces additional radiation. Once they’re switched off, the EMF produced from the switch travels along the cables in the room, widening the circle of exposure.

Researchers and scientists have been unable to definitively prove a causal-link between EMF exposure and health problems, but there is insurmountable evidence that it is hazardous, meaning that an EMF-light wiring design could soon be at the front of consumers’ minds.

Luckily there are simple steps that electricians and cablers can take during the design and installation process that can help reduce EMF exposure for people and their children.