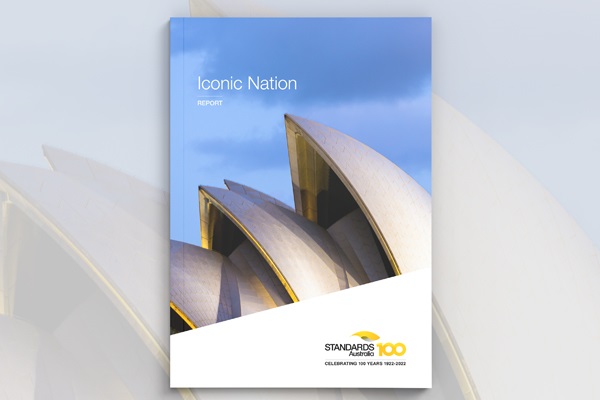 The report reveals up to 4,000 new Australian Standards across five key areas required in the next decade.

How history shapes the future

Standards Australia has had and continues to impact the way we work, live and play.

Usually, standards are developed through the proposal process, committee contributions, consensus and public comment. However, a small minority of standards have been shaped or developed following unforeseen calamities.

The Report details the historical moments from the 1920s to the 2000s that shaped standards and Australian society.  Perhaps the most famous example is the emergency standards that arose out of the mobilisation effort during World War II.

The report also delves into nine key events which shocked Australia across the past four decades, like the 2011 Quakers Hill nursing home fire and the 1977 Granville train derailment.

New or revised standards were developed following these events to mitigate the likelihood and impact, of any similar future event.

Australia boasts many beloved icons. From the Melbourne Cricket Ground in Victoria to the Port Arthur Heritage Site in Tasmania, many icons have been developed with and supported by Australian Standards.

In fact, 100 years ago, one of the first Australian Standards ever developed was a guiding document to manufacturer the bolts used to build Sydney’s Harbour Bridge.

In Australia’s Capital Territory, Parliament house was made to Australian standards to last an impressive 300 years. The MCG Great Southern stand rebuild required Australian standards. Queensland takes pride in having one of the fastest elevators in the world (climbing 77 floors in just shy of 43 seconds). It is no surprise then that its icons make use of lift quality standards.

New South Wales, South Australia, Western Australia, Tasmania, and the Northern Territory similarly use a range of standards to support their icons.

The 2020s provide unique challenges across the economy, society, and safety. From increasing cyber threats, to a changing climate and, as our nation moves into a new age of technological innovation, up to 4,000 new Australian standards will be needed across the next ten years.

Australian governments, businesses, charities, and consumers are increasingly likely to be the victim of cyber-attacks. In the 2020–21 financial year, the Australian Cyber Security Centre (ACSC) received more than 67,500 cybercrime reports, an increase of almost 13% from the previous financial year, or one every eight minutes. The cost to Australia was a staggering $33 billion according to the ACSC Annual Cyber Threat Report 2020-21.

As a result, Standards Australia is partnering with the Internet of Things Alliance Australia (IoTAA), to develop a Smart Devices Cybersecurity Labelling Scheme (CLS). This will support the development, adoption, and implementation of international cyber security standards.

The financial cost of natural disasters averaged $18.2 billion per year between 2006-2016, equivalent to 1.2% of average Gross Domestic Product (GDP) per a report from IAG.  That figure is expected to climb to $39 billion a year by 2050 via a report from the Australian Business Roundtable for Disaster Resilience and Safer Communities. As a result, National Housing Resilience Guides are being examined to show homeowners how well equipped their homes are to withstand natural hazards such as bushfires, cyclones, storms, tides, and floods.

To help Australia’s transition to net zero emissions by 2050, Standards Australia is supporting current initiatives to create new environmental standards including the reduction in plastic waste and the development of reusable materials across a range of industries.

Since signing the Paris Agreement in 2015, Australia has been on the path to emissions reduction, including a $1.4 billion investment in hydrogen. The Australian Government announced in March 2022 that it would spend more than $22 billion on low emissions technologies by 2030, including hydrogen. Standards Australia is committed to working with key stakeholders to develop new standardised safety information collateral and a dedicated hydrogen industry standards portal.

Protecting Australian from asbestos and knowing your ...