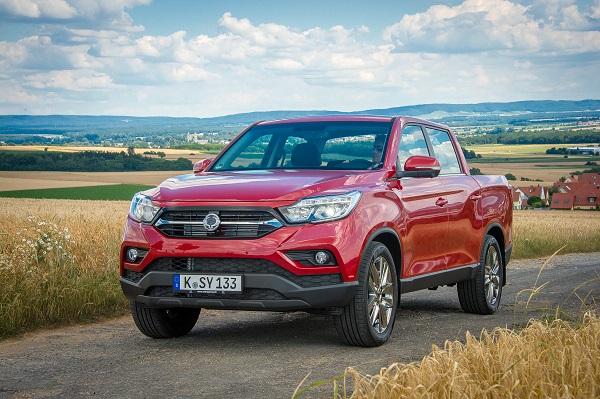 South Korean brand SsangYong is making a comeback to Australia after switching from its previous independent distributor to its own factory operation – and the new-generation Musso ute is leading the charge.

Full local specifications were still to be confirmed at the time of writing, but SsangYong senior management in both Korea and Australia were promising to bring a highly competitive model range to market, pitched at the lower end of the high-volume 4×4 pick-up segment.

Pricing will start from $30,3490 drive-away for the EX with a manual transmission, with auto adding $2000. Two higher-series auto-only grades will also be offered in ELX and Ultimate guise.

All models will be covered by a seven-year/unlimited-kilometre warranty (including seven years’ roadside assistance) and, right from the get-go, high-level safety technology such as autonomous emergency braking and forward collision warning.

The Musso nameplate – which is Korean for rhino – is familiar in Australia, harking back to the mid-size SUV sold under both the SsangYong and Daewoo brands in the 1990s using technology sourced from Mercedes-Benz. The ute version was dubbed the ‘Musso Sports’ before being renamed ‘Actyon Sports’ in 2007. It was never a big player but soldiered on for several years before finally disappearing from the market in 2016.

The new-generation Musso is based on SsangYong’s Rexton body-on-frame large SUV and, as with its predecessor, will only be available as a five-seat dual cab that offers plenty of interior space and a decent tray size, which on the standard version measures 1300mm long, 1570mm wide and 570mm high. A long-wheelbase version is also expected to be available early next year, adding 400mm in load bed length.

Musso will launch in Australia with a 2.2-litre ‘e-XDi220’ four-cylinder turbo-diesel engine developing 133kW of power at 4000rpm and 400Nm of torque from 1400-2800rpm, driving through a six-speed manual or Aisin-sourced six-speed automatic transmission and a part-time 4×4 system.

Preliminary figures point to fuel economy of 7.9 litres per 100km on the combined cycle for the manual, or 8.6L/100km with the auto, which looks about right considering the kerb weight ranges from 2080kg to 2192kg, depending on the model grade.

Payload is listed at 688-800kg, which is less than the full one tonne, but this could change with the availability of a leaf spring rear suspension compared to the standard coil spring set-up. Australian-specific suspension tuning is also anticipated.

Braked towing capacity will be 3000kg, although SsangYong Australia says it is working with suppliers to homologate for a 3.5t rating.

The Musso measures 5095mm long, 2175mm wide, 1840mm high, and rests on a 3100mm wheelbase. Ground clearance is 215mm, while the maximum braked towing capacity is 2800kg for the manual and 3000kg for the auto. As well as the extra traction afforded by the 4×4 system’s high and low range, electric hill descent control and hill start assist will be fitted.

The load deck will include a liner, 12V/120W power outlet and rotating tie-down hooks, while the cabin is claimed to be one of the biggest in class and, according to SsangYong Australia, will include air-conditioning, electric windows, cruise control, central locking, digital radio, Bluetooth and MP3 connectivity as standard. Count on six airbags also being fitted standard.

The Ultimate will have a 360-degree around-view monitor and other features including leather upholstery, heated and ventilated leather front seats, a sunroof and 20-inch alloys.