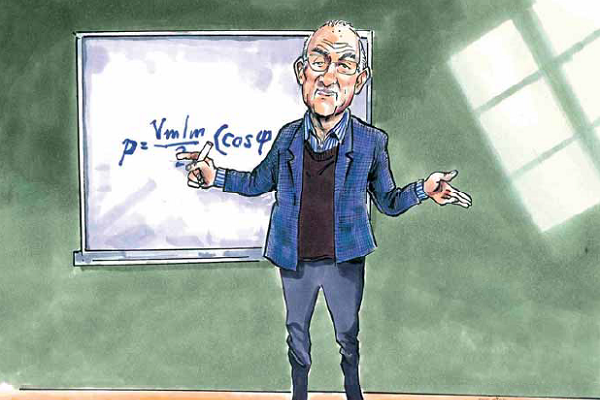 The way users consume energy is changing with the introduction of Power of Choice. Phil Kreveld breaks down what it means.

The world of electrical energy is changing fast. Renewables are at the point of exceeding the capacity of traditional, baseload synchronous generation. Not only is this happening because of large-scale solar and wind generation but also through renewable sources, which are a rapidly growing contributor with one in five homes generating solar energy.

Another growing sector is that of private networks, which are allowing participants to trade between themselves and with third parties. Solar ‘prosumers’ (consumer/generators) and the growth of private, or embedded networks are bringing renewed attention to revenue meters for these applications.

At the present time, Australia is very likely the developed world’s most challenging testbed for the maintenance of reliability, resilience and frequency stability in its national grid as a result of very high penetration levels of renewables. Control over the growing population of domestic, commercial and industrial solar inverters is therefore becoming critically important.

Smart metering is seen as part of the solution and also in providing electrical energy trading platforms, for example in peer-to-peer trading.

The Power of Choice

Two factors were responsible for reforming electricity meter usage; the Power of Choice (PoC) and the freedom for electrical energy consumers to generate their own electricity.

Back in 2013, the now defunct Council of Australian Governments (COAG) established the principles for the PoC in the electricity sector. Amongst other things, PoC would give consumers of electricity better access to their energy usage data, and provide access to third parties, subject to consumer consent and privacy provisions.

Electrodynamic meters were then still in use but have since made way for electronic metering (smart meters). The principal advantages of smart meters are their basic ability to provide four-quadrant metering and accurate energy data in the presence of harmonic distortion of voltage and current, making them suitable for measuring power import and export.

In practice, PoC depends in part on jurisdictions with some only permitting meters selected by network service providers. There is more freedom of choice at the embedded network level.

Embedded, private networks such as those found in shopping malls, apartment complexes and other multi-tenanted facilities, provide the liberty to choose revenue metering for the allocation of energy consumption costs. Smart meters when equipped with programmable logic controllers can also provide important benefits including avoidance of demand penalties resulting from low power factors by switching some loads off during otherwise excessive demand periods.

Smart meters have been used in private, commercial and industrial generation, for example metering of diesel generators in large hospitals. New applications including the rapid adaptation of rooftop solar and commercial/industrial solar distributed energy resources (DER) are providing fertile ground for smart meters. Initially negligibly small in aggregate power, these distributed resources, were seen as negative loads (i.e., viewed as current sources, reducing the power somewhat in network feeders during periods of high insolation). Now, with increasing DER penetration distribution network problems are necessitating of control over these generation sources.

Two applications of smart meters in distribution networks are the furnishing of power and energy information to the Australian Energy Market Operator (AEMO) and the control of solar inverters to provide network support and to control voltage.

There is to date, no direct connection to AEMO from the several million smart meters installed in Australia. But that day might yet dawn if we can interpret what the outgoing AEMO chief executive Audrey Zibelman said the ABC’s 7:30 Report on 3 December 2020: “So many decisions on the Australian power system are made across dining room tables deciding on solar systems and batteries”.

Although humorously phrased, the serious undertone could not be missed because all that solar generation is in part responsible for AEMO’s interventions to maintain stability in the national networks, having increased from a few instances four years ago to forty to fifty times annually. More and timely information could help mitigate instability and avoid interventions such as curtailment of large wind and solar sources or demands for frequency control ancillary services (FCAS).

Distribution networks are now subject to large fluctuations in demand due to domestic, industrial and commercial solar. Making power demand at zone substations less prone to variation would benefit the national network. Smart meters can figure in solving problems in distribution networks including voltage control and minimising technical losses as well as helping to solve the instability problems as already mentioned.

An appreciation of electrical quantities metrology, particularly in the light of frequent harmonic current distortion and even voltage distortion, is important. The principles are discussed here, rather than the specific technologies of suppliers. However, their measurement circuits are configured, the principles mentioned here apply.

The basics of power and energy metering

For pure sinewave voltage and current, instantaneous power, p, is given by the function below.

Where Vm and Im are maximum values of voltage and current respectively, the symbol w, represents the angular frequency equal to 2pft, with f being frequency in Hertz, t as time in seconds and j is the phase angle between voltage and current. Integrating the function over a complete cycle, yields an average power P:

The above function is the familiar one involving power factor, cos j. The product,  can also be written as V*I where these are RMS values of sinewaves with maximum values of Vm and Im , i.e. Vm/Ö2  and Im/Ö2.

The oscillating power does not contribute to average power and is reactive power exchanged between source and load (note: power oscillates at twice the frequency of the voltage and current).

So much for theory because pure sinewaves, particularly with harmonics-generating non-linear loads being the rule rather than the exception, do not occur. Smart meters deal with such distorted waveforms effectively by sampling instantaneous values of voltage and current, vq and iq .By means of sampling many times within a complete cycle of q being equal to 2p  (360° or 20 milliseconds at 50Hz), a very accurate figure for power and energy can be derived, irrespective of waveform distortion because of harmonics.

The basis of power measurement is shown in the formula below:

In the formula, vq and iq  are the instantaneous values at identical angular displacements (at the sampling point, ). The term Dq is in effect, the interval between sampling points of which there are N in a complete cycle.  The symbol S indicates the summation of the   increments over a complete cycle, i.e., from the first (1) to the last Nth point. The calculation takes care of power of the fundamental and any harmonic powers. However, for harmonic power to be present, harmonic voltages and currents of identical order are necessary. If there is a pure sine wave voltage and a distorted load current, the effective power is only represented by the fundamental current and voltage components.

The phase angle between voltage and current,j, the power factor, cos j, and the reactive power are more difficult to define under harmonics conditions. For pure sinewave conditions, measuring reactive power is straightforward. The voltage is phase-shifted by 90°, and then the same calculation is performed as for effective power. The expression below is for average reactive power, Q:

It will now be apparent that when harmonics are present, the above equation doesn’t work too well if there is severe distortion. For harmonic-rich voltages and currents, their products give a value that can be related to an expression often seen in the technical literature.

It would appear at first sight that   is the equivalent of apparent power S. However, both Vrms and Irms are dependent on their individual waveshapes and although each can be separately computed accurately by instantaneous sampling, their product does necessarily equal the value for S because that would require knowledge of the individual voltage and current harmonics of same order, and their individual phase angles. We conclude that apparent power, S, in the presence of distortion of voltage and current is one of definition rather than the ‘textbook’ right angle triangle which has physical significance:

In the expression for in the presence of harmonics, Qf is a ‘fictitious’ fundamental reactive power component and H, a reactive harmonics component—the two are inextricably linked in cases of voltage and or current distortion.

In earlier days of electrodynamic power measurement, reactive power, Q, was measured by phase shifting of voltage by 90°, which then allowed the calculation of power factor (cosj) as shown below:

In principle, smart meters can perform these tasks in a simple way as both apparent power, S (subject to qualifications made already) and power P can be measured. Additionally, reactive power, Q, can be calculated by the meter, or in the presence of harmonics, the combined fundamental reactive power and that due to harmonics.

From the foregoing, it can be seen that a value for reactive power can be obtained by calculation. However, in most smart meters, reactive power is measured using a quarter period time shift of voltage, and multiplying the resulting phase-shifted voltage by the current, using a similar method used for measuring real power P. See below:

The PoC provides in principle, freedom in the selection of smart meters and meter data service providers. As mentioned earlier, choices are in effect, limited by DNSPs. Some consumers with smart meters may be alerted to wholesale price spikes as well as ways to reduce energy usage at particular periods by energy companies giving them up-to-the-minute information about energy pricing. Other options for customers include live wholesale prices, as well as forecasts allowing management of energy usage.

Embedded networks are headed up by an ENO (energy network operator) who is responsible for billing ‘internal’ meters. However, the PoC, cannot removed from any individual embedded party. Such a party can elect to purchase energy from/be metered by third party retailers/third party meter providers. However, such an electricity meter must be pattern-approved by the National Measurement Institute and in order to be installed, must carry a National Meter Identifier code.

Electricity ‘prosumers’ such as those in embedded networks or with independent domestic and commercial solar systems are free to set their own rates for energy purchases and sales. Excess energy not sold on the block chain platform is purchased by a third party, Synergy. The DNSP, Western Power, charges for a daily network usage.

Block chain technology is system of encrypted, shared transaction ledgers permitting participants to have secure exchange of data, be it financial, contracts and so on. Participants each have their own unique access key whereby they can trace their transactions. Block chain technology was originally associated with Bitcoin, the electronic monetary unit, and is yet to be widely adopted, although some 3% of the world’s utilities utilise block chain.

Smart meters also figure in network control as in the scheme now starting to be employed by South Australian Power Network (SAPN). Smart meters provide information on energy usage/export and voltage at the metering point. They are identified by the meter’s unique NMI, and therefore permit the control of complying solar inverters (note: at present, the bulk of solar inverters do not allow external control but that is changing with the requirement of controllability as specified in Australian standard AS4755). In principle, SAPN will by virtue of voltage visibility at network edge, be able to control voltage regulation and maintain some level of minimum demand as well as rate of change in demand at zone substations. Extensive deployment of such control throughout the NEM and live information on energy import/export at distribution level being accessible by AEMO would remove some aspects of the ‘brave experiment’ brought about by higher and higher penetrations of renewable sources of energy.