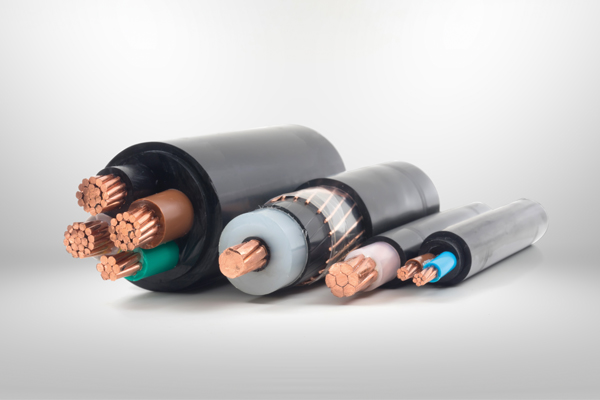 Small diameter power cable may look good in an estimate but it’s more costly in the end. Paul Skelton reports.

Have you ever noticed loosefitting lugs when terminating flexible power cable?

Do they seem to fall off easily, or do they deform during crimping?

Well, it turns out that there’s a reason, and it’s not that the lugs are oversized.

Switches Plus Components director Paul Chaplin says it’s because your power cable is not as big in cross-sectional area (CSA) as you have been led to believe.

“Lugs today just float around on cables, and they shouldn’t,” he says.

“But the fact that power cables only have to pass a minimum DC resistance test has led to cables being about 10% smaller in copper content than what is claimed.

“For example, a cable with a nominal CSA of 240mm² typically contains only 224mm² of copper.

“An insufficient standard allows this to happen, so these cables are approved for use because they pass the test.”

Paul discovered the widespread copper shortage while looking to develop a new range of 110°C SDI power cables. He noticed that rivals’ pricing undercut him by 15-20% but could not work out how. So he set out to discover what he was missing.

What he found was disturbing.

The standard does provide, however, that each conductor’s nominal CSA is to have a maximum DC resistance of OHM/km at 20°C.

“Standards bodies and cable manufacturers use the term ‘nominal CSA’. We use it, but clearly not in the same context,” Paul says.

“AS1125 allows for a conductor to contain less copper, or any other conductor material, as long as the conductor does not exceed the maximum DC resistance of OHM/km at 20°C, as specified for each conductor size within the standard.”

AS/NZS1125 was adopted from the IEC standard 60228. Paul is of the view that when the Standard was developed back in 1970s, the IEC committee could never have foreseen the development of 110°C-rated cables and conductor material being downsized to just comply with a DC resistance test.

“It’s difficult to reconcile that cable design is defined totally by a DC resistance test at 20°. In the past three decades nobody would have considered tuning a cable purely to meet a DC resistance test. It was never in our thinking. But today it’s common practice and the trade-off isn’t good for system owners.”

“The common use of 110°C single and multi-core cables is quite unique to Australia. No one in Europe does it. No one in the United States does it. But to drive down cost, we do in Australia.

“When manufacturers make lugs they’re designed to meet a specific compaction ratio with the copper. They might have a 2% margin of error. They don’t make them with a 10% tolerance, which is what would need to occur using the cables in question.”

The solution would be a complete rethinking of the Standard.

“However, because of special interests it’s not going to change, despite the issues this practice creates.

“Now that there’s less copper insulation and sheeting material, these cables won’t amortise the heat as happens with a larger cable. Energy losses are higher and  you’re burning electricity for no good reason, other than initial cost.

“You also have issues when it comes to ageing cables.

“Also keep in mind that cables that are short on conductor material will run hotter, so anything you connect them to becomes a heat sink.”

Paul says think about it this way – a contractor installs the smallest cable possible, based on calculations stipulated in AS3008 (voltage drop, etc). But if a 120mm² cable is needed as a result of those calculations, the contractor could actually be installing a 108mm² cable. All other calculations would be out the window.

Using the smallest cable to perform its role based on AS3008 means that building owners end up paying in the form of heat loss and a shorter cable lifespan.

However, Paul has a solution that he thinks will greatly benefit contractors and facility managers that is based on IEC 60387-3-2. That is to determine cable size based on wider economic grounds, which is an optional clause of AS3008.1.1:2017 “The answer is not to find a 120mm² cable that is actually 120mm²; rather, it
is to go bigger and put in a 240mm².

“That cable will run cold and pay for itself in energy savings.”

A 240mm² will cost twice as much and take a little bit longer to install because it’s heavier and meatier. Cable tray loadings may need to be increased.

“There are initial reasons why you wouldn’t go up in size, but the long-term benefits to facility owners, power providers, utilities and the planet are hard to ignore.”

Paul cites the example of a shopping centre development.

“Over 10 years, the facility owner’s return on investment is just 18 months.”

Paul says contractors need to be more adept at selling the overall benefit of ongoing energy savings versus initial outlay.

“Remember, just because something is compliant that doesn’t mean it’s right. The Standard is the minimum, not the best. It’s a starting point.”

Time to cowboy up

Lights are on, nobody’s home