ContributorsLet's Get Technical
Home›Contributors›What further opportunities are there with solar panels?

What further opportunities are there with solar panels? 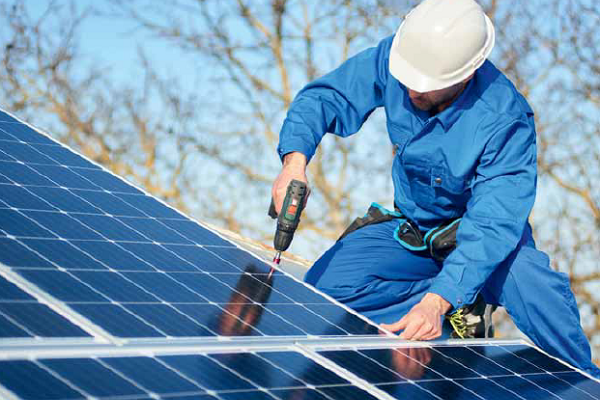 Solar panels on Australian roofs are as common as corrugated iron – and treated with about the same tender loving care.

Panels collect dust, grime and bird poo (which we hope will be removed occasionally), and we trust that they will continue to crank out almost the same energy as when new.

Solar inverters are mainly out of daily sight. The assumption is that they function efficiently, particularly during the time of highest insolation.

Householders have electricity bills proving that their photovoltaic (PV) installation is working correctly. So, install and forget seems sensible.

However, things are not quite straightforward. Let’s start with the connection to the grid, the service line to the nearest pole.

Although voltage regulation differs by jurisdiction, generally this is 230V ±10% (single phase). At voltages higher than 254V, the inverter is disconnected by its internal relay, and also at voltages lower than 207V because of islanding protection.

If the line passing by the householder is at 254V, the voltage drop of the service line will increase during net feed-in so that the voltage at the terminals will be at a higher value than the line.

That is something to be considered for long service lines typical in low density housing areas.

During periods of high insolation, therefore high net feed-in power from inverters, local voltage on power lines is likely to rise as line current drops due to feed-in.

The result can be an exercising of the connection relay in the inverter, causing it to chatter because on disconnection voltage drops, therefore allowing the relay to close again.

A reduction in energy costs is the main indicator of a functioning solar installation. What is not easily determined is whether the panels and inverters are
operating as a maximum efficiency system.

In the first place, the nominal power available on the basis of solar panel ratings may not be achieved.

Careful handling of panels during installation is very important, as damage can occur that doesn’t immediately degrade panel performance – but it will over time.

Degradation of materials such as the plastic backing of panels can cause leakage current to earth (ie: formation of shunts), thus reducing power output.

Process-induced shunts are formed during production because of problems associated with fabrication, such as cracks in wafers, scratches and improper metallisation.

Wet leak tests, whereby panels are immersed in water and a DC voltage applied, can reveal the presence of shunt paths.

However, this is a panel inspection process only. It is appropriate for quality control in panel manufacturing or for inspection of large batches of panels for solar farms or extensive roof surfaces (but is also recommended for individual panels).

Potential induced degradation (PID) is another mechanism whereby panel power output is diminished. The exact mechanisms are still the subject of active research, one favoured is by way of migration of sodium atoms and occurs when panels are at a high potential to ground.

High ambient humidity can lead to this happening by forming a film of moisture on panels if panels are not properly encapsulated.

Rough handling during transport and during installation is one of the main reasons for the gradual deterioration of panel performance.

Micro-cracks in panels can be responsible for opening conducting paths between cells so that the panel, or the whole string in which the panel is situated, is lost.

Bypass diodes on individual panels in a string will prevent the loss of a string, but maximum available power will be lowered as a result.

High ambient temperatures can hasten the development of cracks in the backing, thus also increasing the chance of shunt paths.

The quality of the backing is very important –Tedlar being a preferred material. However, there is a continuing drive to reduce costs, and panels should be taken into account when considering the longevity of the installation.

The issue for installers, and certainly for those interested in maintenance work, is how to ensure the proper performance of PV installations.

Starting with inverters, it is well known that at installation time there can be some confusion regarding the interpretation of manuals. However, most installations soon have those problems ironed out.

Some inverter parts may need attention during the unit’s lifetime, such as DC link capacitors that can leak electrolyte in prolonged hot weather, thereby causing early failure.

Freewheel diodes can also fail and shorten the life of the equipment. Assessing the output of an inverter is a simple test best performed by isolating the  installation from the grid.

However, care must be taken that the phase lock loop circuit will not cause the internal nominal 50Hz oscillator to cut out. If there is any doubt, the output active line of the inverter could be looped at the installation switchboard so that current output can be measured with a tongue tester (ie: separate from the load current).

Solar panels have become a commodity item for which price is more of a determinant than it ought to be.

After all, the panels have to last the nominal 20-year period on which renewable energy certificates for an installation are based.

It is becoming apparent that panel quality is not of primary concern.

In some Asian markets, the view is that panels are so cheap that replacement in three years is quite acceptable.

Taking all this into consideration there is a good technical reason for tracking the performance of solar panels over time.

We have acknowledged the possible existence of current shunts, so an insulation test is desirable.

However, for such a test to be an indicator of panel deterioration, insulation tests must be carried out under uniform conditions, which may be difficult to meet in practice.

Surface leakage can contribute a variable component. In any case, as a complete installation is measured with a number of strings in parallel, the problems of a particular panel may be masked.

Yet there is a useful and practical aspect to testing for insulation resistance to earth and keeping records of those measurements, particularly if combined with open circuit voltage measurement.

Both should not show anything other than small variations if the solar installation in question is in good shape.

There are two ways of testing insulation resistance:

Both methods are described in the IEC62446-1 Standard. Either can be used, but there are several matters to consider for each.

A PV module is considered a constant current source, so electrically it is not a problem to short-circuit the positive and negative electrodes with the panels isolated from the inverters.

However, the measured quantities can be compromised in terms of accuracy, primarily because the panels in question my still have some activity level.

Another crucial feature of solar panel installations is the bypass diode. Without testing the function of this component, panels can be badly compromised.

Bypass diodes are not exactly passive elements – that is to say, they are exercised by bird droppings, leaves, dirt, etc, causing them to have cycles in which they draw no current followed by current drawing when cells are temporarily darkened.

This can result in a gradual deterioration to the point of becoming simply a resistor. When that occurs, the section of panel protected by the diode is now compromised and panel voltage drops.

A convenient bypass diode test, which can be performed with activated panels during periods of insolation, is provided by a test at panel combiner boxes, where typically there will be three or four bypass diodes.

The principle is based on the measured voltage drop experienced when a bypass diode becomes close to a short circuit, as shown in the accompanying diagram.

Open circuit bypass diodes are more difficult to detect, requiring partial shading of the relevant panel section to force current though the diode. So replacement may be a better option.

It’s a difficult question to answer, and for this article we interviewed an expert.

Dr Michelle McCann is based in Canberra at the solar panel testing company PV-Lab, which is Australia’sonly commercial testing laboratory.

She pointed out a practical claim situation: who will provide recourse to the installation owner if panels are not meeting specifications or failing?

Installers may not be the suppliers of the systems. Suppliers may shrug their shoulders and perhaps promise to claim on the importers, who will perhaps pass it all to the manufacturers.

In other words, a test by a properly certified electrician that reveals a problem with solar panels is not likely to be resolved in a hurry and may well be classified as ‘bad luck’.

Dr McCann outlines several factors, chief among them being rough handling during transport and installation, causing the development of microcracks in cells.

These do not necessarily show up during the early life of panels but in due course will knock them out of service. In addition, and this applies to large installations, there is good reason to have a sample panel tested for power output.

Dr McCann indicates that figures quoted as +5%, -0% generally do not meet the higher limit. Apart from reliability, panel power performance is important in relation to return on investment.

There are still reasons for testing existing installations. Inverters under warranty are usually replaced. When out of warranty, some elements are prone to failure and fixes are simple.

Grid voltage variation is another matter. A voltage controller can be wired to the terminals of the inverter. The device provides constant voltage at the inverter terminals and allows power to flow bi-directionally.

Thus the installation is at constant voltage and the inverter is able to function without interruption due to high grid voltage.