Neoen unveils one of the world’s biggest batteries 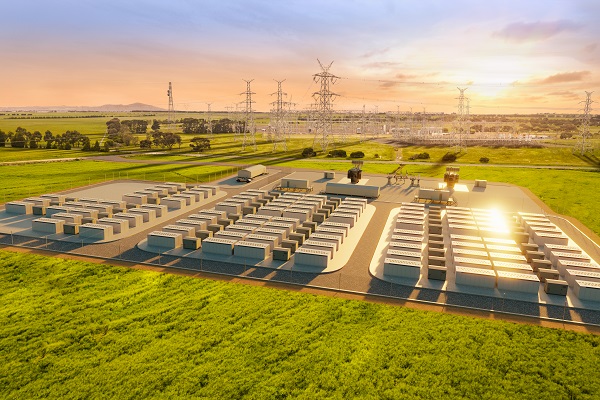 Neoen, together with Tesla and network partner AusNet Services, will build the 300MW Victorian Big Battery in Australia, one of the world’s largest batteries.

In a competitive tender initiated by the Victorian Government awarded to Neoen, it will proceed with the next phase of its 300MW/450MWh battery in Geelong, Australia, double the size of the Hornsdale Power Reserve in South Australia, also owned and operated by Neoen.

This System Integrity Protection Scheme (SIPS) contract with AEMO will run until 2032 and is the result of the SIPS 2020 procurement process initiated by the Victorian Government. It will unlock up to an additional 250MW of peak capacity on the existing Victoria to New South Wales Interconnector (VNI) over the next decade of Australian summers.

Under the contract, the battery will provide an automatic response in the event of an unexpected network outage, providing AEMO with an additional means of ensuring grid stability.

The Victorian Big Battery will help to modernise and stabilise the grid in Victoria and will be instrumental in helping the state reach its objective of 50% renewables by 2030. Independent analysis shows that for every $1 invested the battery will deliver more than $2 in benefits to Victorian households and businesses. The savings that big batteries can provide to energy consumers are now well-established, with independent reviews demonstrating that Neoen’s Hornsdale Power Reserve has delivered more than A$150 million in savings in its first two years of operation.

The battery, which is targeted to be operational by the end of 2021, will also deliver a significant economic boost to the Geelong region, creating over 80 construction jobs and six full time permanent jobs.

“We are delighted to have won the SIPS contract and would like to thank AEMO and the Victorian Government for placing their trust in us. We are looking forward to working once again with Tesla and AusNet to deliver this world-leading battery storage facility over the coming months. We are extremely proud to be launching a project of this scale and innovation in support of Victoria’s clean energy transition,” Neoen Australia managing director Louis de Sambucy says.

The Hon Lily D’Ambrosio MP, minister for energy, environment and climate change adds: “By securing one of the biggest batteries in the world, Victoria is taking a decisive step away from coal-fired power and embracing new technologies that will unlock more renewable energy than ever before.”

The electrical industry’s role in a sustainable ...