National licence for electricians on its way

In July 2012, Australia will move for the first time towards a National Occupational Licensing System (NOLS) that will allow tradespeople, including electricians and electrical contractors, to work in any part of the country they wish without requiring a number of State licences. 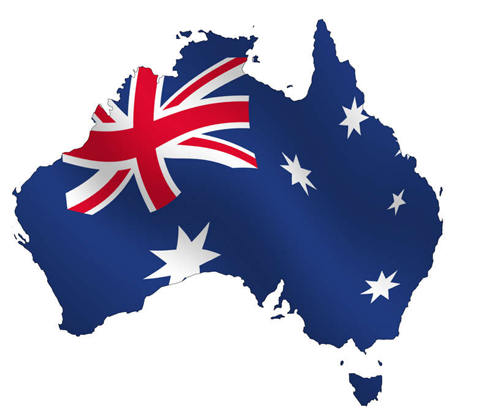 The initial rollout of the NOLS will target four main occupational areas: electrical, plumbing & gas fitting, refrigeration and air conditioning, and property occupations. Other occupations will be included in later rollouts.

Recently, the Council of Australian Governments (COAG) National Licensing Steering Committee (NLSC) has met with various Interim Advisory Committees (IACs) to come to agreement on a number of proposals in relation to the drafting of the requirements for electricians and electrical contractors.

The goal of the NOLS is to unify all electrical occupational licenses under a national banner as opposed to the state-based model currently in use. This is designed to promote consistency in licensing structures and policy across all states as well as establish a common minimum standard that all electricians and electrical contractors must adhere to.

At present, there are a number of discrepancies that exist between state-based licenses that could cause major problems for sparkies working across state lines, for example the lack of any business skills training or public liability insurance for electrical contractors operating in New South Wales and the ACT.

While the majority of advice provided by the IACs to the NLSC has been adopted into policy, there are a number of areas in which the NLSC has decided to take a different approach than that suggested by the IACs. The next phase in the discussions will be a publicly released Consultation Regulation Impact Statement (RIS) which will address these differences and release a cost-benefit analysis on both the position held by the IAC and the NLSC.

The scope of an electrician’s work

James Tinslay is chief executive of NECA and was an active participant in the IAC for electricians and electrical contractors.

“There seems to be an issue surrounding the competencies of electricians,” he says.

“In most states, an electrician can do any work, which includes line work and cable jointing, though these are often considered to be specialist work.

“However, in situations where you’ve got private overhead lines, such as those for a rural farmhouse that is 500 metres from the pole, an electrical contractor will put the poles in and run a cable for the length of the property or lay a trench. This is bread and butter stuff in the rural areas.

“But when the cable reaches the street, you need to have someone come out and make the connections because the assets are owned by a network operator.”

On the other hand, a line worker who is Certificate III-qualified can do all of the line work but there’s no way they can put in a power point or do any switchboard work, James says.

“So, there are definitely issues around the scope of an electrician’s work and once you start asking questions about this it raises others. For example, hazardous areas; should a normal electrician be allowed to work in areas where there is potentially explosive gas or dust? There are all these questions about electricians being allowed to do certain work or whether they need some additional accreditations, and at the moment they don’t need these anywhere in Australia.”

NECA’s position has always been that the NOLS should not prevent any electrician from doing the overhead or underground cabling on a customer’s property.

The NLSC has also suggested having the category of electrical inspectors removed from the proposal. At present, Victoria is the only state that uses qualification-based inspectors (UEE40307 – Certificate IV in Inspection and Audit); all other state inspectors are appointed by government.

“I definitely think that inspector licences should be included. It seems to be working well and is central to the regulatory system in Victoria. There has been no increase in electrical safety incidents and the potential conflicts of interest have been managed. There doesn’t appear to be any downsides,” James says.

While there are currently no other states with electrical inspector licences, the inclusion of such a licence gives scope for flexibility for other states to follow suit at some stage in the future.

This issue will be included in the Consultation RIS for further discussion.

The Steering Committee has recommended that design be excluded from the NOLS as electrical design work is not solely the province of electricians and to include it would have the effect of reserving it for electricians only.

However, there is a lot of debate around what the term ‘design’ actually covers and whether or not electrical design work needs to be covered by insurance. NECA believes that the electrical contracting industry is involved closely in design.

“It’s just about unanimous among the advisory committee that we want design included to reflect standards but the steering committee does not agree,” James says.

“It seems that they are trying to get as much uniformity across the license categories as they can so that we have the same classifications across industry sectors and I don’t think that’s particularly important.

“If, for example, an electrical contractor picks one type of cable over another after calculating the correct voltage drop, I’d call that design. I understand that a conveyancer may not design anything but I’m sure that an air conditioning installer does when they look at the size of a house and work out how many cubic metres of air they need to cater for.”

There’s also a debate about whether design work will raise questions about the need for professional indemnity insurance.
English language test

The steering committee’s position is that while English language skills are vital to working safely and effectively in the field, additional tests would be duplicative and unnecessary as these skills are adequately tested and demonstrated through other processes. In addition, imposing such a requirement may contravene some State/Territory and Commonwealth anti-discrimination legislation.

There is some concern though that some migration pathways may allow tradespeople to perform work in the field without an adequate grasp of the language which could potentially put lives at risk, especially if the electrician is acting in a supervisory capacity.

“Obviously everyone who gets an electrician’s license should have adequate English skills, not only to communicate in emergencies but also to communicate with people they might be supervising. They also need to be able to read the appropriate Australian Standards, so there’s no dispute about English being required, it’s just a question of whether there should be an additional test at the licensing stage.

“It could be that applying a new test is an unnecessary barrier, and what do you do about the percentage of those who don’t meet the criteria? It’s essential that they have written and spoken English skills in order to perform the task and this especially true in cases of emergency or safety. Electricians can supervise non-licensed individuals to do work and if you can’t speak English and you’re licensed to supervise, that’s a dangerous combination.”

The Consultation RIS will provide the next phase of analysis for these issues and may even determine whether there will be sufficient support for the NOLS will go ahead at all. The additional costs involved with setting up a national licensing board and adjusting state training packages will need to be carefully weighed against the net benefit of implementation.

“Most regulators don’t see NOLS as a great enhancement to what they do and they’re saying it shouldn’t go ahead unless the RIS shows a net benefit for all concerned.

“Should this fall over, the next position would be one of mutual recognition (of licenses). That would be an unfortunate step backwards because some states have lower standards in their contractor licensing models and one of the main benefits of a national scheme would be that these states would need to raise licensing standards and NECA strongly supports this.”