Features
Home›Features›Move over lithium, there’s a new battery in town

Move over lithium, there’s a new battery in town 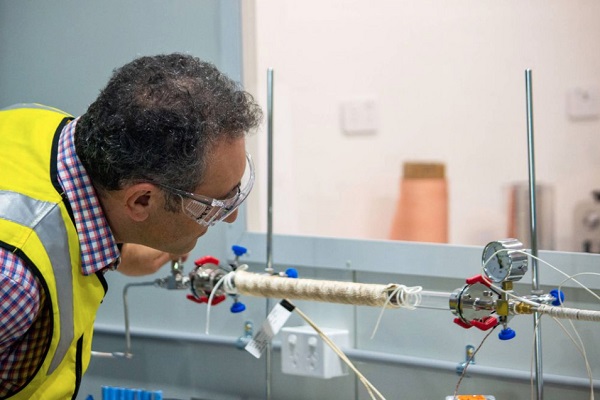 A group of Australian scientists have developed a new battery that incorporates recyclable graphitic content that allows the battery to behave more like a non-faradaic supercapacitor. Sean Carroll finds out more.

If someone came up to you and said there’s an alternative to the widely used lithium-ion battery and not only does it last two to three times longer, but it’s made out of recycled materials, you’d say it’s too good to be true. Yet here we are.

ZED principal engineer and chief executive Ahmed El Safty tells me about the plethora of uses the battery has and the ones that the company is experimenting with. Ahmed has 37 years of experience in the energy sector and has worked in the Australian, Saudi Arabian and US energy sectors so he knows the ins and outs of the electrical storage industry.

“This asymmetrical architecture allows us to achieve a greater and more responsive cycling life (circa 20,000 cycles before it goes below 80% of the original capacity) with improved charging and discharging properties”

A standard lithium-ion battery that stores energy on lithium-ion phosphate can get up to around 6,000 to 7,000 cycles, meaning there are fewer electrical cycles and that’s how ZED is able to create this hyper-efficient battery.

One of the first potential uses for the hybrid psuedocapacitor battery is in solar storage. Currently, solar batteries use lithium-ion, a mined resource, but using the PowerCap technology, users get an integrated energy storage system that captures solar energy throughout the day. It also works as an evergreen energy bank, automatically adjusting to grid behaviour that can provide uninterrupted energy usage, even in a blackout.

PowerCap has outfitted the head office of a church/aged care operator in Gaythorne, Queensland as well as its aged care facility. As Ahmed explains: “We have 300kW of solar and 400kWh of the PowerCap energy storage system with a specifically designed container that houses the batteries and hybrid inverters.

“We can store excess solar electricity that we generate on the site in the unit and it’s constantly powering the complex. So that’s the commercial scale, providing up to hundreds of kilowatts of uninterrupted power.”

Outside of commercial solar, PowerCap is looking at other ways the battery can be used including a handheld device, not too dissimilar from a mobile phone.

“We’re developing a mobile fingerprint scanner for the United States and United Arab Emirates Homeland Security and border forces. These devices are developed in Brisbane and fix a major pain point these two parties have,” Ahmed says.

“At the moment, their mobile fingerprint scanner works for less than two hours and it takes six hours to fully charge. With the PowerCap battery, it can last an entire shift, eight hours, and only takes 15-to-20 minutes to fully charge.”

He says that the company is also looking at an electric vehicle battery, a golf buggy that has solar on the roof to charge as it drives and an anti-missile defence system that is capable of intercepting high-level weaponry and much more.

Its possibilities are endless and it’s looking like Australian manufacturing will benefit majorly from this development. The company is currently building a mass recycling centre in Australia to cater to the Oceania market as well as another recycling plant in the United States for the Carbon production.

The hybrid psuedocapacitor battery costs, on average, about 10-15% less than a lithium-ion battery because the carbon that PowerCap uses, can be used from recycled materials.

“The pandemic made it very hard to import materials from China, so we’ve decided to open up a recycling plant here to produce our own Carbon,” Ahmed says.

In light of its success, the company is going public at the end of the year given the sheer size and demand for the hybrid psuedocapacitor battery.

“We’ve been actively advertising to try to get qualified installers that have the appropriate battery certification from the Clean Energy Council,” Ahmed says.

“We’re up to about a dozen, but to be able to service this market, we’d need about 500 installers Australia-wide. We’d like to partner with small regional installers that have a good, stable business there to offer clients alternatives.”

Ahead of going public at the end of 2022, PowerCap is increasing the number of researchers it employs, looking at different batteries, geometry and demand.

“We’re working on about eight different applications right now, developing prototypes of these batteries prior to going into production,” Ahmed says.