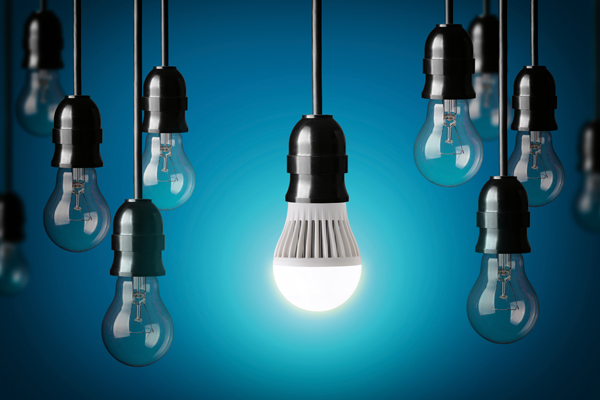 Flashing light helps us to see cyclists at night, but it doesn’t belong where people are living and working. Paul Skelton reports.

When 50Hz alternating current was introduced early last century, a perennial issue for the lighting industry was also born.

Flicker has long been a challenge for lighting manufacturers and installers.

Despite being ‘solved’, it has reared its ugly head again, this time affecting the burgeoning light-emitting diode (LED) luminaire sector.

And, in our safety-conscious society, the health implications of flicker have led to widespread debate on how to deal with the issue.

In an attempt to tackle flicker, the Institute of Electrical and Electronics Engineers (IEEE) released a Standard a few years ago.

The rather wordy title is: IEEE 1789-2015 IEEE Recommended Practices for Modulating Current in High-Brightness LEDs for Mitigating Health Risks to Viewers.

The Standard aims to address the problem at its core – the driver and its interaction with the dimmer dictating the flicker performance.

Naomi is senior lighting engineer at the Pacific Northwest National Laboratory in Portland, Oregon. She serves on the Illuminating Engineering Society (IES) board and is a fellow of the IES and the International Association of Lighting Designers (IALD).

“There are degrees of flicker that no one notices and are not neurologically a problem, and [there are] degrees that really are a problem,” Naomi tells Architectural Lighting magazine.

She says the lighting industry is concerned about certain frequency ranges that can cause neurological problems in individuals or can affect task performance.

Also represented on the IEEE working committee is Felipe Leon, an electrical engineer with 16 years’ experience in concept and product development, project management and test engineering.

He has been with Pacific Northwest National Laboratory since 2014, supporting a Department of Energy advanced lighting team on various projects.

As explained by the two engineers, flicker is a colloquial term that refers to the modulation of a light source’s output (luminous flux) over time.

In many cases, the flicker may be imperceptible. In fact, incandescent and natural light sources such as candles are subject to flicker.

In the case of incandescent sources, flicker results from the inherent variation in the AC signal. Essentially, a light bulb emits maximum light at the peak of the AC signal (a sinusoidal) and the minimum when no current is flowing.

Due to thermal inertia of the filament, the bulb does not completely stop emitting light before the current resumes. Flicker, a measure that entails maximum and minimum light output only, is typically under 10%.

With high intensity discharge (HID) or fluorescent sources, ballasts change the signal in terms of shape and frequency. But in both cases there is persistence in the arc tube or fluorescent phosphors, so the light never fully turns off in a cycle.

However, most recent fluorescent systems – and even some HID systems – use high-frequency ballasts, so the oscillation in light output is well over 20,000 times per second. This high-frequency operation effectively eliminates flicker ‘detectability’.

LEDs, in contrast, have no inherent persistence. When current is delivered they are on, and the instant that current drops to zero they are off. The driver is responsible for light output characteristics over time, and poor driver design is the reason for flicker becoming an issue again.

“This was solved with the introduction of electronic ballasts. In addition to that, fluorescent and incandescent lamps are slow by nature – when a lamp is switched off it takes a while before it stops glowing. Due to this slow nature, flicker is less apparent.

“LEDs however, are fast: an LED stops emitting light virtually immediately after the current is switched off. The same is true for the traditional way of dimming of LEDs with pulse width modulation (PWM), as PWM essentially switches the current on and off very fast.

“PWM cycles the LED from maximum electric current to zero current and repeats it at a fixed rate. This PWM signal is generated by the LED driver.”

Naomi and Felipe explain that for an incandescent light bulb flicker index is about 0.02, as a simple resistive element does not have much effect on the waveform shape.

By comparison, LED sources sometimes use drivers delivering a square wave signal, with varying duty cycles – the ratio between time spent in high and low signal conditions – based on the desired light output.

Flicker frequency is an important factor in how humans perceive flicker, so LEDs driven at high frequencies can help to reduce the potential for visible flicker and allow for low-flicker dimming.

It seems that without the proper electronic circuitry a source will flicker. However, the key to solving flicker appears to be in the driver, which can eliminate the problem by supplying the LED with a constant, non-oscillating current.

Flicker is not necessarily bad, according to Naomi and Felipe, rather it depends on people’s reaction to it.

For example, flashing lights help us to see cyclists at night, but the flashing rates must be carefully timed to avoid neurological responses such as seizures in people with photosensitive epilepsy.

“We have been living with TLM in electrical light sources since Edison’s light bulb. Fortunately, that flicker is nearly imperceptible to humans.”

There is no widely accepted characterisation of TLM that would deem a flickering light to be either bad or acceptable. Yet efforts are under way that would recommend avoiding some TLM for some vulnerable populations and some applications.

“Interestingly, TLM can interfere with barcode scanners and video cameras, so LED drivers need to be carefully co-ordinated in those spaces.

“An ideal light source outputs a constant amount of light over time. Any flicker – even at higher frequencies – can result in artefacts caused by the motion of an object or the observer.

“Even flicker that is not perceived can have adverse effects. Observers will perceive flicker differently, with some being far more sensitive.”

Invisible flicker can be more problematic and insidious than the visible type.

Flicker can cause immediate adverse effects, such as a photo-induced epileptic seizure, although this is usually confined to frequencies of 65Hz and lower.

Invisible flicker could lead to the following:

Flicker can also cause problems that are not health related, such as:

Naomi and Felipe say the precise number of affected individuals and the range of modulation and frequencies that cause these responses are still under investigation.

Flicker in the light source is only one part of the equation. If it is imperceptible, how do you know if your luminaire flickers?

There are various ways of determining whether a light source is flickering imperceptibly.

Naomi and Felipe say the easiest approach is to check the product manufacturer’s specification sheet for flicker performance. However, many manufacturers don’t report this. Even if they do, there are other factors (eg: dimmers and power quality) that may cause imperceptible flicker.

The best approach is to use a flicker meter.

“There are various hand-held flicker meters that can report several of the flicker metrics and provide a waveform demonstrating the modulation of the light. They can be an expensive, though worthwhile, proposition.”

Although not as desirable as a meter, various low-cost methods can identify the presence of flicker.

A smart phone can record a slow-motion video of the light source for a few seconds. On playback, any flashing of the image or scrolling lines can indicate a flicker problem, but that should be followed up with a better instrument.

“You can wave a pencil or wand rapidly in front of the light source or beneath it. If the image is not a smooth fan of light but multiple images of the pen or wand, that’s the stroboscopic effect. Some manufacturers offer tops or spinners for use in observing flicker.”

Dealing with flicker will require the development of products that minimise it, and clear methods, metrics and guidance to define acceptable levels.

“Users may not be aware of flicker performance, or of what is acceptable. Failing to address this can result in the installation of lamps and luminaires that are later be found to be objectionable (ie: visible flicker) or to have adverse effects.

“This is especially critical because LED lighting can last decades. We don’t want to introduce flicker that will haunt us for years.”

The team at eldoLED says it is crucial for suppliers to choose the right driver, as dimming is controlled by the driver. Further, the company offers these tips to specifiers:

The tips for manufacturers are as follows:

Naomi and Felipe believe there is very little an electrician can do to mitigate flicker.

“Any inherent flicker when connected to the power source is a challenge for the luminaire manufacturer to address – and for the lighting specifier to identify before the unit gets onto the job site. However, the type of dimmer being used can result in problematic TLM.

“Electricians can help identify dimmers that are compatible with a set of luminaires so that they don’t result in flicker.

“As it relates to the power source, an electrician may help identify power quality issues in a building that may result in flicker, and propose some methods to mitigate them.

“Further, lamps or luminaires with integrated drivers that cannot be changed would need to be replaced if the driver is causing the problem (not the dimmer or power quality issues).

“Luminaires with ballasts or drivers found to be causing flicker might be fixed by replacing that component (the ballast or driver) with one that is known to be compatible and to perform better (reduce flicker).

“But this requires contacting the luminaire manufacturer to get the model number of the better driver. While it will require some effort, it avoids replacement of the entire luminaire.

“Be sure to check that modifying the luminaire doesn’t affect the manufacturer’s warranty or the code requirements.”