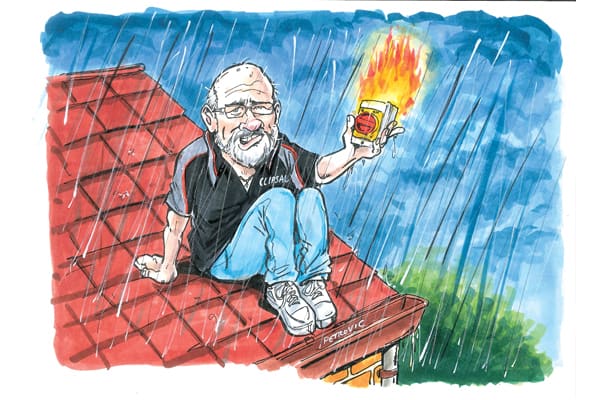 A few issues ago I provided an update on photovoltaic installations.

The article covered possible changes to the PV installation Standard (AS/NZS 5033) and the use of DC isolators (AS/NZS 60947-3) in such installations.

A lot of work has been done, and the changes are nearly ready for release to the industry.

Ever since 2012, when the installation Standards made it mandatory to install the DC isolator on the roof as well as at the inverter, there have been many deep and sometimes heated discussions about the need for the rooftop isolator.

Many DC isolators have been installed since that time. One estimate puts the number at 500,000 in Queensland alone, and there are more than two million solar panels throughout the country.

That would be fine if the human element didn’t influence the installation process. Let me explain.

Buying isolators from reputable manufacturers means that they are designed, manufactured and tested to a Standard (AS/NZS 60947-3, adopted from Europe) and work perfectly well in isolating the PV current.

Stringent test criteria ensure worry-free use whether it be on the roof or wall of the installation.

Unfortunately, many installers saw only a higher cost for reputable brands compared with the many imports. The old story of getting what you pay for is so true in this context. Installers quoted using the cheaper imports, and this is where it all went awry.

Most imports are just copies of reputable brands, and there is no stringent design, manufacture and testing process. Copies do not necessarily employ the same quality materials and components. Hence poor contact forces, poor switching actions and unsuitable enclosures for the switch.

Add to this some dubious installation practices for the DC isolator by inexperienced installers who based their margins on speed of installation rather than quality and performance, and it can result in the worst scenario – fire.

In Queensland nearly 200 fires have been created by PV installations, mainly attributed to DC isolators and installation practices. This damning evidence was gathered by the Queensland regulator in an extensive field survey.

Fires began at rooftop and wall-mounted DC isolators because of poor quality switches and installations that allowed water into the switch enclosure.

Switching DC currents is a different kettle of fish to switching AC currents.

Once an arc is generated by poor contact force, or water causing a short circuit, the arc does not extinguish on its own. It continues to grow, eventually carbonising the switch and enclosure materials, leading to a fire.

This arcing can also be very dangerous for anyone getting onto the roof.

The result was a nationwide recall of about six brands of DC isolator because of non-compliance with the basic testing requirements of the AS/NZS 60947-3 DC isolator Standard.

Check with your state regulator or the Clean Energy Council for those brands.

The state regulators subsequently put pressure on Standards committees to tighten the PV installation Standard and the DC isolator Standard to help overcome this ongoing problem.

The harsh Australian environment had to be considered in relation to installation practices, UV degradation and water ingress, and those same issues were dealt with for DC isolator testing.

From a DC isolator perspective, several changes have been added in an appendix to AS/NZS 60947-3 to augment verification for use in our environment.

The DC isolator cannot be a switch assembled into an enclosure by the PV installer – it must be a proven switch and enclosure assembly. Further, each assembly has to undergo new test requirements as well as tests that are already part of the Standard.

The reference ambient temperature for these tests is to be 40°C to establish the current rating and necessary enclosure size that will keep the temperature rise to an acceptable value.

The assembly must also be tested at a reference ambient of 60°C to ensure that it can cope with extreme conditions on the roof.

There are two classifications that line up with these ambient temperatures: ‘enclosed indoor’ and ‘enclosed outdoor’. Fairly straightforward, I would think.

The assembly must be water tested to a new IP rating, which is IP56NW. This is the same rating as IP56 (which the industry knows as hose-proof) but in that test a small amount of water is allowed to enter the enclosure during the test.

However, NW refers to “no water” entering during the test, a very stringent requirement indeed.

In addition, the switch and enclosure assembly are to be mounted in a vertical alignment only. If there is a flap or cover, it must be latched so that it cannot be inadvertently opened, and the spring return must be tested to ensure it does not fail.

These new testing requirements also mean more information to be marked on the switch and enclosure assembly so that the buyer and user can read it after installation.

From an installation perspective the AS/NZS 5033 PV Standard has an amendment aimed at greater safety.

First, any switch and enclosure assembly used as a DC isolator must be compliant with AS/NZS 60947-3 as ‘enclosed indoor’ or ‘enclosed outdoor’, at a rating of IP56NW.

Installations have to reduce the environmental effects and maintain the necessary IP ratings to prevent moisture ingress.

The DC isolator can be mounted only in a vertical alignment, and conduits for cable entry should be to the bottom face of the enclosure. This ensures that if any water does get in (usually condensation from heating and cooling of the enclosure during the day and night) it will drain into the conduit, which acts like a sump.

This practice has been used for many, many years in our harsh industrial environment with excellent results.

Another method is the use of a specific drain plug fitted to the bottom face of the enclosure. This maintains the IP rating from the outside but allows condensation to drip from the enclosure.

If solar panels are mounted parallel to the roof, a UV-resistant and non-combustible shroud should be installed over the switch enclosure for further protection.

This does seem like overkill considering that switch enclosures are already tested to IP56NW and are UV resistant. But bear in mind that the industry has brought this upon itself because of poor installation methods and subsequent fires.

Of course, the new installation requirements are not confined to DC isolators. Because of poor installation methods, associated electrical equipment that is exposed to the environment needs to be IP54 minimum and UV resistant.

Any junction or combiner boxes has to be IP55 minimum, and any conduits connected for cable entry must provide a tension-relief system to allow for temperature variation and expansion.

Throughout all of this the IP rating must be maintained.

With regard to IP ratings, if you don’t understand what is expected have a look in the Wiring Rules Appendix G, which provides the necessary details.

A reputable product will have the trade name, catalogue number, voltage and amperage ratings, as well as the IP rating marked in a visible location even when mounted. This is especially important now that the amendment covers the necessary marking and its position.

So there you have it, several crucial changes for DC isolators and their installation to minimise the risk of fire.

But one thought to finish on – PV storage batteries.

A new Standard is nearly ready for public comment: AS/NZS 5139 for PV battery installations. Look out for it.

If you have had thoughts of getting into this part of the market, it may be a good time to think again and ensure you are providing the safest and most reliable installation.

Fires have occurred in battery installations and, with a projected 50,000 to be installed over the next 12 months, we could ask whether another set of fire-related problems is about to plague the industry.

Unfortunately, we still see cheap products being utilised to create a false sense of competitiveness. Use your head to control that very human cost-cutting urge, which tends to send everything awry. I urge all installers to use reputable products and employ the new rules to make PV systems as safe and reliable as possible.

It pays to be green

Middy’s awards 13 scholarships for training and ...