If the (safety) glove fits 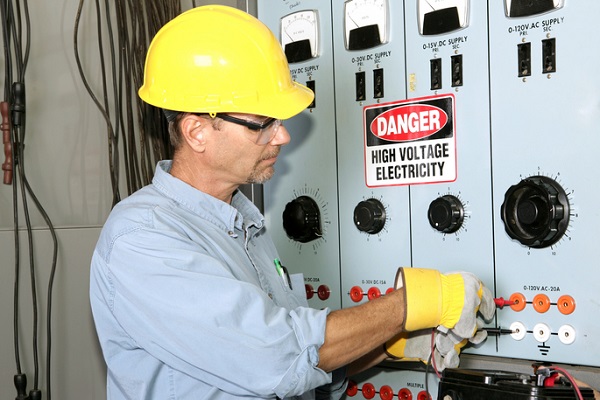 The last time I cleaned the shed out was over five years ago. It’s incredible how fast gear seems to pile up.

Rummaging through one box, I found something I had not seen for a long time. It was surprising how it affected me. I felt I had to take a seat on an old 20L drum just behind me before I would end up on the floor.

It was an old, dried up, blackened pair of leather gloves. As I sat there, alone in the shed, everything seemed to go quiet and the walls felt like they were opening up and left me sitting in a huge open space.

As I cradled the gloves in my hand, they softened, the colours opened up, the crusty blackness faded as my mind went back to the time I first pulled them on.

I was very unpopular that day. All my working life I had worked on high voltage equipment, and this day was no different. In fact, it was exceptionally easy; all I had to do for my first job of the day was a single point isolation to allow contractors to access a HV motor.

All the usual steps were followed; the switching program was written; the permit was prepared, and everyone was notified. Yours truly drew the short straw on a 43 degree day to climb into the 40 Cal suit. Tony, my switching assistant for the day, made sure everything was shipshape and all the gear was checked. I climbed into the arc flash suit and pulled my HV gloves on. For some reason, I recalled what the HV trainer said in my latest HV course I did just the week before.

“Don’t ever get dragged into wearing HV gloves without the leather gauntlets!”

None of us had ever been too concerned with the leather gloves that go over the top of the HV rubber gloves; it was not as if they are written into the site HV procedures so, they can’t be too important.

The trainer however, seemed to know his stuff so, I asked Tony if he would grab the gauntlets out of the bag for me. He had a quick dig around in the bag and came back and said there weren’t any. This was not surprising as we never worried much about them before.

“Don’t ever get dragged into wearing HV Gloves without the leather gauntlets!” kept coming back to me.

To meet the deadline for the start up at the beginning of the next shift, the job had to go ahead as planned. You can imagine the kickback I received when I got out of the suit and started looking for a HV kit with a complete set of gloves and told them I would not be switching the motor until I found some.

The project manager was doing his nut, the contractors were threatening to call the job off , even my senior electrical supervisor tore shreds off me because I had never been too concerned about the gloves before and of all times to cause a delay, that was the wrong time to do it.

My job and the working relationships I had on site were important to me and it was true, I had done this a thousand times and nothing has ever happened but, the gloves are there for a reason. Much to everyone’s relief, but with palatable annoyance, I found a pair of leather outers and informed them the job would go ahead.

Julie, my wife, answered a call from my mobile, thinking it was me calling her; it was Tony. He told her I had an accident at work and was taken to the hospital with burns to most of my body. On her way to the hospital, Julie picked up Sarah, our daughter, from high school.

Two hours later, they were still waiting at the hospital reception trying to find out what happened and how I was.

I was conscious, in pain, some kind of mask over my mouth and nose, a neck brace preventing me from moving and seeing what was going on around me. Voices echoing everywhere, buzzing noises and beeping and warning signal sounds flooded the air. I lay there, just staring at the ceiling. For some reason focusing on the prism design on the fluorescent light diffuser above me made me feel calmer and slightly detached to the situation I was in.

Out of all the chaos and monsoon of sounds abusing me, a voice, one word broke through and drew my focus away from the light: “Dad? Dad?” It was very shaky and was clearly an upset person looking for someone, but that was unmistakably my daughter Sarah.

I struggled to look down toward the end of the cubicle I was in to see if she walked past. I tried to call out, but no matter how hard I tried, I could not say a word. And then, the most beautiful sight of my life; I saw Sarah emerge from the side of the curtain and Julie following
right behind her, she spotted me, and she looked straight into my eyes. My head collapsed into the pillow as I felt that everything would be okay.

I assured them I was fine. I told them how I saw an incredibly bright flash of light and came to moments later unable to hear anything, feel anything or even see. My eyes were open, but I could not see anything. This incredible fear came over me as I knew something was wrong,
I could feel being jostled and pushed around by Tony and others at the scene, and then the pain started to creep in. I started to hear what was going on and my eyes first stated to see huge bright spots and then settle down to normal vision.

While talking to Julie and Sarah, I suddenly brought my hands up so I could see them. I started laughing. They thought I was plain stupid and broke into a nervous laugh; at least they stopped crying; they figured I can’t be too injured if I’m laughing.

A week later I walked out of the hospital and three weeks later I was back at work. I only received second degree burns thanks to the arc flash suit.

If I lost the use of my hands, I would have lost my job, lost the house, and made life exceedingly difficult for my family. My hands are fine because I heeded the words, ‘Don’t ever get dragged into wearing HV gloves without the leather gauntlets!”.