High Voltage: Experience is a barrier 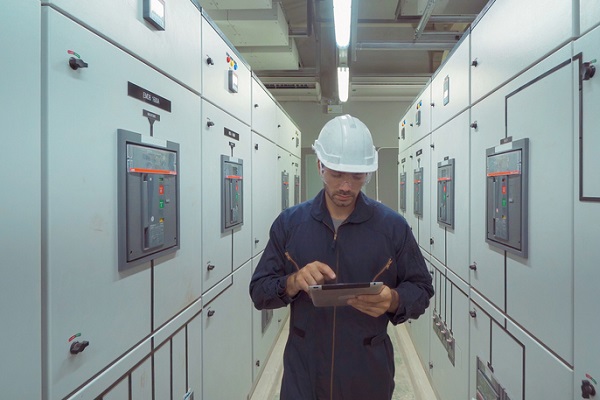 When working with high voltage, it’s critical to follow all the appropriate steps and stay focused on the task at hand. Dale West tells a story of an electrical company that got distracted and paid the ultimate price.

I needed experience; Dad told me.

“Experience has saved my life on many occasions, won me jobs and saved countless hours in fault finding,” he would say.

But I learnt something else about experience. This is my story.

Being a small cog in a big wheel allows you to sit back a little and let other cogs take the load. For six years after my apprenticeship, I was content being the floating cog in the family business, until a heart attack thrust me into the driver’s seat.

Dad teamed me up with Ravi in the early days. Probably because Ravi was the only one who would put up with my lazy attitude. Since Dad died though, I rely heavily on Ravi. He is one of our most experienced tradies, a diligent worker, a great bloke, a real gentleman and an awesome cook. I often threaten to fire him because if he is at the office at lunch time, all work stops as the most incredible smells wafts through the entire building, and everyone wants to know what Ravi made for lunch.

My mistakes are a daily occurrence that seems to take up every minute of my day, and finding experienced workers is such an impossible task; most days I feel like closing the doors.

Unable to “buy” experience, I had Ravi spend much of his time training the rest of the team. How does he approach problems? How does he learn from the problems he comes across, so he is able to find the solution faster next time? I figured you cannot teach experience, but you can teach them how to learn from the experiences they have.

“You have to allow people to make mistakes, but make sure they learn from them,” he says.

It meant a big drop in production while Ravi was not “working”, and it took more time explaining how and what he does, rather than actually doing it. But before too long, we started to see a measurable increase in production and, unexpectedly, a significant improvement in worker’s satisfaction, involvement in decisions, cooperation and basically working as a team in general.

One of our contracts is to look after the electrical equipment on a small mine. It has been a steep learning curve for me to get my head around everything just so I can talk to the client. Every time we had a job there, I made myself available to work with the team so I could gain as much experience as possible and build a rapport with the customer.

Last year we had a big problem with rats getting into the equipment. One of the issues was the main incomer suffered rats causing a phase to earth that would trip the main breaker as well as take out the supply to the site.

Based on past experience, if the main breaker tripped, we knew we just had to close the earth, open the panel and get rid of the rat and any mess.

Friday morning 10 a.m. we got a call; the site had lost power. It doesn’t take a rocket scientist to know what caused it, so Ravi, Angelo and I jumped in a ute.

By the time we got there, the client was fixing for a fight and nothing I could do was going to calm him down. All we could do was get him up and running as quick as possible.

I told Ravi and Angelo, if we lost this contract, I was going to shut up shop so, pull your finger out. We know what the problem is, don’t waste any more time, get in there, clean up the mess and after this we will work on a plan of attack on how to get rid of the rats.

Angelo wrote up a quick switching program and access permit, Ravi checked it while putting on his suit. I always go in the switchroom with them so I can learn how all this is done, but this time Ravi told me to stay outside.

Ravi made the case that I needed to stay out with the client and spend time with him: “The clients are more import at this time. You need to spend time with them, not us.”

I did not like the idea, but it did make sense.

Less than a minute later, we heard this sound. It was exactly like the sound of a large power transformer kicking in, but with the volume turned way up.

Nothing seemed to happen for about a second, but then we saw something that just did not register for either of us. We had no idea what it was. It was so unusual and confusing, your brain switched to a hundred different flashes in a millisecond. I have often wondered since then if that is what people refer to as your life flashing before your eyes. It was not my life flashing but weird bouts of fearful feelings of even the supernatural.

What we were seeing was the main feeder cable rising up out of the tray under the switchroom and start destroying the cable tray, other cables and everything under the switchroom. I had never seen or heard of anything like it. It went on forever, well, it seemed like forever. 14 seconds. 14 seconds it took before the incoming supply from the power station tripped.

Only after the shock of what I saw had calmed down, that I then turned my attention to Ravi and Angelo. I froze; I did not know what to do. I did not even say anything. Slowly, my lead boots started shuffling, clumsily toward the switchroom.

I expected Ravi and Angelo to come running out, but the door remained closed. I reached the door. I was panicking with fear of the idea of what I would find. I opened the door and this thick foul smoke tackled and entangled me. I had my head down and, in my attempts to open my eyes I caught a glimpse of Angelo. He managed to make it to the door but collapsed before he could open it.

I bent down, grabbed the shoulder of his jacket and dragged him down the steps. It wasn’t a smooth ride for him, but at least I got him out. I pulled off his hood and could see he was alive and semi-conscious.

I looked around and the client was already on the phone to the ambulance. He spotted me, raised his chin and yelled; “they’re on their way”.

Angelo had also put on a Cat IV suit even though he was outside the blast radius. This saved his life. He was still burnt due to the time it took for the fault to clear, but he made a full recovery in a matter of months.

Ravi was standing directly in front of the switch, with no chance of survival.

The cause: Closing an earth switch to the live incoming cable.

Root cause one: Not investigating the fault and not checking for de-energisation before closing an earth.

Root cause two: Pressure from management (me) to get the job done as quick as possible.

I lost a good friend and mentor because he was trying to save me and my company some time, and because we assumed we knew the cause of the fault based on what had happened in the past.

We lost the contract, but I was not going to let all the hard work Ravi put into me and building a formidable team go to waste by closing the business and breaking the team up.

Ravi would say: “You made a mistake. Learn from it. Get over it and do a better job.” Since then, I picked my self up, improved the business and we still have all the team working with us.

I did not listen to my dad, so I don’t expect you to listen to me, but I will put it out there anyway; experience can be a trap if you allow it to override the number one rule of never assuming anything.

KNX Awards 2022 are open for entries