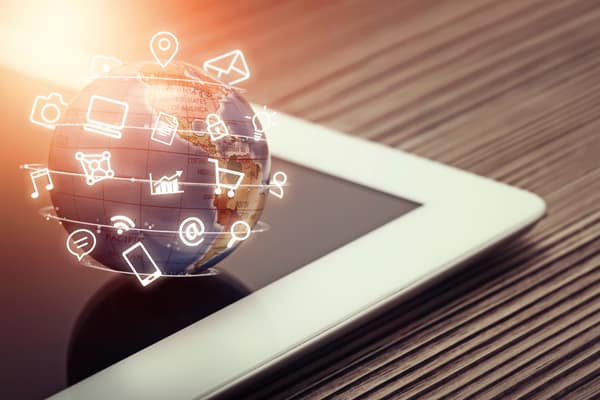 There are three common fixed-line internet access technologies for the home. George Georgevits outlines the pros and cons of each.

Internet access in the home has become an essential part of daily life.

The amount of money the Federal Government is spending on the NBN is a clear indicator of the importance of digital communications.

In all that follows, link speeds are given in bits per second (bps). Some web sites mention transfer rates in bytes per second. The two should not be confused: 1 byte per second is roughly equivalent to 10bps.

Access speed is the key measure to look for when considering an internet connection.

It is defined in two directions – upload speed and download speed. Upload is the information you send into the internet, and download is what you get back.

Generally, a user’s upload traffic is much less than the download. When surfing the net, a query is brief, but search results and downloads can be huge.

ADSL stands for asymmetric digital subscriber line. It is called asymmetric because the download speed is greater than the upload speed. It operates at much higher frequencies than for voice. Filters in the home and at the exchange separate voice and data traffic.

ADSL makes use of the telecommunications carrier’s existing cabling infrastructure. Twisted-pair copper telephone cabling has been around for more than 100 years. It forms part of the infrastructure of all population centres and also extends to many rural and regional areas.

Thus ADSL offers a relatively low-cost way of providing acceptable access speeds to a large proportion of the population.

ADSL operates over what was essentially designed to be a voice-grade cable network. Although it tries to squeeze the last ounce of bandwidth out of this type of cable, it does have some limitations.

For any given signal passing along a cable, the signal loss is directly proportional to the length of the cable and is a rapidly increasing function of frequency.

Crosstalk is another factor that can degrade the signal. Again, it is an increasing function of frequency. As the bit rate for any given type of data signal increases, so must the bandwidth (higher frequencies) increase to transmit it.

For the above reasons, the greater the distance between the end user and the exchange, the slower the maximum achievable ADSL line speed.

Cable quality, number of joints, cable conductor size and the amount and nature of traffic in adjacent cable pairs will also affect the maximum achievable download speed. If a user is close to the exchange a much higher link speed can be realised, provided the line equipment is capable of supporting it.

For these reasons, most carriers offer a standard service, or ADSL1, and ADSL2+. These variants have different maximum link speeds and reach (maximum distance from residence to exchange).

With ADSL1, the maximum achievable download speed is 8Mbps for locations up to about 2km from the exchange, and 1.5Mbps for locations about 5km out. Beyond that, the error rate rapidly increases to the point where the link becomes unworkable.

Note use of the term ‘maximum’ download speed, as other factors must be considered. These include the carrier’s equipment provisioning at the exchange, the level of internet traffic over the link to the server being accessed and the performance of the home network. Download speeds can be substantially degraded, regardless of the technology.

Practical experience has shown that actual speeds are usually much slower than those quoted above. According to one service provider, about half of ADSL2+ users typically achieve maximum download speeds in excess of 10Mbps.

It was originally installed by cable TV operators in metropolitan areas to deliver pay TV to the home (eg: Foxtel).

The network topology employs fibre trunk cables from the head end to optical nodes, where the signal is transferred to coaxial cable.

Coaxial cables are reticulated down each street (with amplification as necessary) in a tree-like topology. Coaxial taps are employed to provide service to individual households. In Australia, only Telstra and Optus installed HFC networks in the major population centres.

With the spread of the internet in the 1990s, HFC networks were adapted to pass data traffic using a technology called data over cable service interface specifications (DOCSIS).

One advantage of HFC networks is that the cable, joints and supporting equipment have been designed to work at high frequencies. Thus although internet access can still be impaired by network and equipment congestion, the other factors that impair ADSL services are not present.

As a user of an HFC-based standard service for more than 10 years, I can say that the speed and reliability are most satisfactory. Speed tests regularly show more than 30Mbps – way better than any ADSL service.

The NBN is Australia’s national open-access communications network, supplying only to carriers and service providers.

The aim is to bring high-speed broadband and telephone services within reach of almost all Australian premises.

It is being rolled out by NBN Co, a wholly owned government enterprise established specifically for the task. It operates under federal legislation, the National Broadband Network Companies Act 2011.

The NBN is intended to replace the copper telephone cable network and the services currently provided on it, such as voice, data, and medical and security alarms. It uses a variety of technologies to achieve this goal (mainly fibre, but also HFC, fixed wireless, and satellite where warranted).

Under the legislation, once NBN facilities become available to premises, carriers must use it to provide new fixed-line services. Furthermore, they must progressively migrate copper-line services to it (other than a few exempt services).

So it is not a matter of consumers electing to use NBN – there will be no choice.

Existing HFC networks are also in the process of being incorporated into the NBN.

Regardless of technological capability, 100/40Mbps is the fastest anyone can get from the NBN at present.

The NBN currently uses DOCSIS 3.0, but it will adopt DOCSIS 3.1 as the standard for all of its HFC networks some time in 2017. This technology is capable of much higher speeds: up to 10Gbps downstream and 1Gbps upstream.

If you are fortunate enough to have the NBN’s fibre to the home version, the potential bandwidth is very high: 10Gbps, and much higher in future. The catch is that, regardless of the technology, really high-speed access may not be offered to you. If it is, you will certainly have to pay for it.