Features
Home›Features›Get your hands on the virtual power plant

Get your hands on the virtual power plant 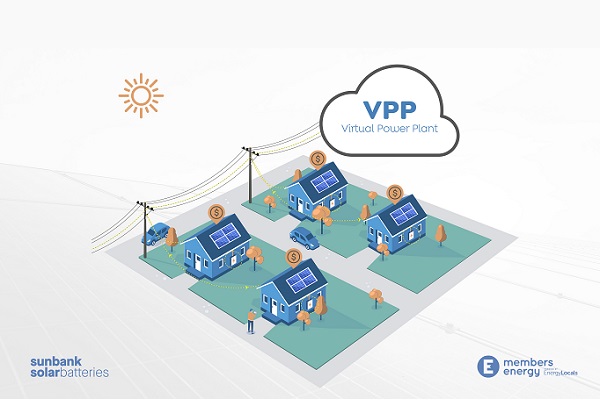 Sunbank Solar has announced the Solar + Battery Members Plan through Members Energy which gives Australians the ability to access their own trading platform for solar energy, selling their surplus energy while also powering their own households.

Solar Service Group chairman Rod Woolley says the new platform is a game changer for the solar battery market and it addresses the key issue of return of investment (ROI).

“Our modelling indicated that electricians will see, as a result, many more solar homeowners opting to have a solar battery system installed over the coming years,” he says.

The new plan will give users 100% of the profits. Evergen, in conjunction with the CSIRO, has built software that observes the energy market in real time, letting users pick the optimal time to sell any access energy they may have generated with their solar system.

Or on the other side of the coin, they can also pick the best time to draw energy from the market, when it’s at its cheapest.

On days when it’s exceptionally hot, a lot of people will be using electricity to power their air conditioning which would in turn drive up the price of electricity. When these peak events happen, the battery system will sell any additional power your battery may have at a premium (not cutting into the amount that your customers will need) and make money.

Sunbank Solar likens it to the stock market, except your client is always winning: “In summary, it’s like playing the stock market with your energy, but always winning as we trade when the market price is higher, and you have a minimum feed-in tariff guarantee,” they write on their website.

Also, in light of the Victorian rebate, home owners can get a rebate of up to $1,888 when purchasing the new system.

“It needs to be appreciated that the various feed-in tariffs (FiT) introduced in various jurisdictions around Australia were effectively first-mover incentives that were always intended to be removed, either in whole or in part, once this nascent industry began to mature commercially,” Rod explains.

“At inception around 10-15 years ago, some energy regulators, like the one in NSW, were vigorously opposed to the concept; in some other jurisdictions, like Queensland and Victoria, the FiT incentive was comparatively generous. But over time, the incentive was going to disappear as more sustainable technology applications, like the Members Energy Solar + Battery Plan, entered the market.”

All this can be activated through the Members Energy app, available on iOS or Android. The list of eligible batteries includes Eveready, Tesla, Hive and Alpha among others.

In recent years, the electrical industry, strong off the push from solar energy has seen another revenue stream open with the need for batteries. The Solar + Battery Members Plan only serves to bolster this side of the industry. 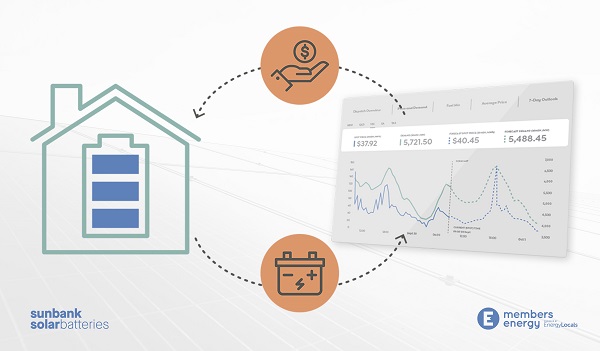 Nationally, widespread energy storage, both at the consumer level and the grid scale, will help Australia achieve its international carbon reduction commitments by time-shifting renewable energy so it can be used 24/7, not just when the wind is blowing or when the sun is shining.

Rod explains that customers can see prices drop from as high as $0.60 per kWh to $0.06, helping remove the scepticism about the returned value of solar batteries that connect to the NEM: “We wanted to build a new system where Australians were the winners when it comes to the use of the solar they generate.

“For too long, the big energy companies have reaped the benefits of the investment of everyday homeowners.”

It’s getting to a point where homeowners would not only be daft for not up taking solar power, they might even be making a mistake by not. As people see the attraction in this Solar + Battery Members Plan solution and want to install batteries in their residence, they’ll be right on their phones to the local sparkie for the job.