G.Fast: Getting copper up to speed 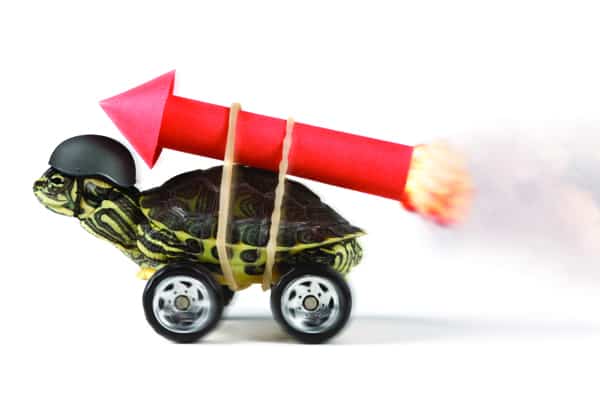 Twisted-pair copper telephone cabling has been around for well over 100 years.

It forms part of the infrastructure of all population centres and extends to many rural and regional areas as well.

Until about 1970, it was used almost exclusively for the public switched telephone network (PSTN) for voice communications.

With the advent of computer technology, its role has fundamentally changed. Today, it is used for voice and data communications, with data usage increasing rapidly and telephony services slowly declining.

In the early days of personal computers, the PSTN carried the data communications services, with access via dial-up modem.

However, the rapid evolution of computer technology called for faster and faster communications. Soon, even the fastest dial-up services, with a nominal speed of 56kbps, proved to be too slow.

Today, data communications over twisted pair is by means of xDSL services. The plain old telephone service (POTS) and the xDSL service share the same telephone pair back to the exchange, but otherwise run independent of each other.

The voice and data signals are separated by splitters at the exchange and at the customer’s premises.

Some basics
A telephone service requires just one pair of wires, on which voice signals travel simultaneously in both directions.

The telephone instrument electronics separate the signals, to make sure that what you say is not fed back loudly to your ear.

The transmission characteristics of twisted-pair cable are such that signal attenuation (loss) and crosstalk increase with frequency.

The POTS service requires a bandwidth of just 300Hz to 3.4KHz, and the circuit from your telephone to the PSTN is purposely limited to this range – definitely not hi-fi, but quite satisfactory for intelligible speech.

At this bandwidth, it is possible to communicate up to about 5km using a standard telephone operating on standard 26AWG (0.4mm diameter) cable pairs, or even further if a special long-line telephone is used.

The limiting factor is the loop resistance of the cable pair rather than the signal loss. The telephone has to be able to loop the line when the receiver is lifted before it can dial out.

Unfortunately, the copper telephone network was designed many years ago for voice communications, and line bandwidth was not the main consideration. In fact, lines using the old paper-insulated cables sometimes have a more restricted upper audio cut-off frequency of about 2.4kHz but still seem to work.

Notwithstanding the above limitation, it is possible to create a relatively high-bandwidth link over a telephone pair if some basic design rules are followed.

These rules are necessary. As the link bandwidth is increased, the line starts to behave as an RF transmission line, and network topologies that work fine at audio frequencies can no longer be used.

In particular, bridge tap connections (line stubs that consist of a short line with an open circuit at the far end) cannot be used due to the impedance mismatch and high-frequency signal reflections they create.

Similarly, any loading coils on the line must be removed. For data communications, what is needed is a clean balanced pair from end to end.

High bit-rate data over balanced pair telephone cable has been achieved by developing the xDSL series of digital subscriber line protocols. Here the ‘x’ is a generic variable, with ADSL and VDSL being just two common variants.

For a high-speed data service, two parameters define its usefulness:
• reach (maximum distance between customer and exchange over which the link will be reliable), and
• maximum link speed.

However, these parameters compete, because cable losses and crosstalk (a form of noise) increase with cable length. Thus a low-speed data circuit will have a longer reach, all other things being equal.

DSL variants
In order to understand the need for G.Fast technology, and its capabilities, some explanation of xDSL is in order.

It is called ‘asymmetric’ because the maximum downstream bit rate is much higher than the upstream rate. This is because internet traffic flows mostly downstream.

The link speeds discussed below represent the absolute maximum speed on good copper cables having no bad joints, faulty insulation or disallowed connections such as bridge taps and loading coils.

The actual link speed may be considerably less than these maximum values, depending on other factors (line equipment characteristics, node traffic volume, other pairs in the same cable carrying active xDSL services, etc).

ADSL1 has been around for well over 10 years. It can theoretically support maximum downstream bit rates of up to about 8Mbps to a reach of about 2km, and up to 1.5Mbps to about 5km using standard telephone cable.

The ADSL1 signal occupies bandwidth of a little over 1MHz on the cable pair.

ADSL2 is an improved version, with a maximum theoretical downstream speed of 12Mbps to about 1.5km, degrading to 8Mbps at 3km and 1.5Mbps at 5km.

Achieved speeds are substantially slower due to less-than-perfect cabling and equipment characteristics.

VDSL, or very high data rate DSL, offers downstream speed close to 50Mbps. The reach at this speed is limited to about 1km and the required line bandwidth is 12MHz.

VDSL2 offers improved performance through crosstalk mitigation techniques (known as vectoring), with a downstream speed of about 350Mbps close in, rapidly degrading to 100Mbps at 0.5km, 50Mbps at 1km and 25Mbps at 1.5km.

VDSL2 technology has been selected for use on the copper part of fibre to the node (FTTN) technology being installed by NBN Co in some locations.

G.Fast
G.Fast technology is similar to VDSL2 in terms of its application.

It is intended to drive short balanced-pair copper lines at high speed from a nearby node fed by optical fibre trunks.

G.Fast technology is specified to a maximum link of 250m. This limits its applications to high-rise buildings and areas of high population density.

The technology is capable of a maximum downstream speed in excess of 1Gbps on very short links by using more than 100MHz of cable-pair bandwidth and advanced crosstalk cancellation.

At a reach of 250m, maximum speed drops to about 150Mbps. Again, these figures degrade rapidly if cable performance is not up to scratch.

Note also that the close-in downstream link speed for G.Fast is about the same as that achieved with Gigabit Ethernet, the latter requiring at least Category 5e cable and connectors.

The main difference is that G.Fast achieves similar performance on short links using telephone-grade cable, which has much poorer transmission performance.

Late last year, NBN conducted a field trial of G.Fast technology in a Melbourne office block. It achieved link speeds in excess of 600Mbps on a 100m length of copper that was more than 20 years old.

This implies that very high data rates can be achieved in a building using existing telephone cabling.

G.Fast is likely to be very useful for the FTTN system being rolled out by NBN, particularly for the commercial sector, as the 50Mbps offered by VDSL2 may not be enough.