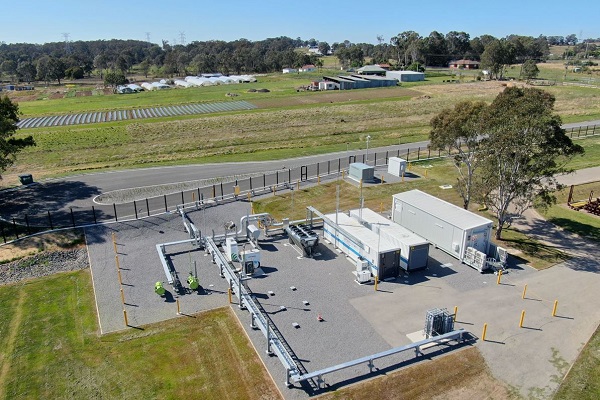 Jemena managing director Frank Tudor says the ‘living laboratory’ was intended to demonstrate how the systems and technology required to generate green hydrogen and store it in the existing gas network could work at scale, and is the first of its kind in New South Wales.

“Green hydrogen emits no carbon and is a 100% renewable gas. By blending it into our gas distribution network we are driving the transition to a low-carbon future by providing cleaner energy solutions to our New South Wales customers,” he says.

The project will blend green hydrogen into the existing gas network and is expected to reach 23,500 residential customers, 100 commercial customers, and seven industrial customers.

The project will also supply green hydrogen for use by transport from early 2022 through an agreement with gas supply company Coregas.

“This is the first step to decarbonise the Jemena Gas Network,” Frank adds.

“As more renewable gases become available, we will continue to increase the amount of renewably generated gases blended into the network over time. This will ensure our gas network plays its role in enabling the New South Wales and Australian Governments to achieve net-zero by 2050.”

The Western Sydney Green Hydrogen Hub is one of a suite of renewable gas projects for Jemena, which is also partnering with Sydney Water and ARENA on the $14 million Malabar biomethane project, turning wastewater into renewable gas, which will be delivered to gas customers in 2022.