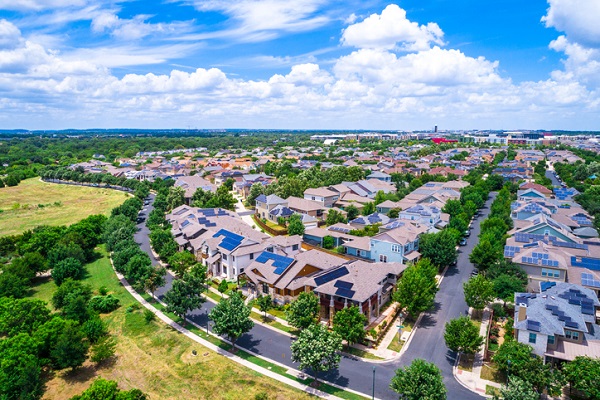 Solar panels are popping up across the country at a record rate. Sean Carroll finds out more about what’s being done after the panels’ lifetime.

According to industry consultant SunWiz, 2020 was a record-breaking year for rooftop solar in Australia with 5,000MW of solar power installed despite the COVID-19 pandemic and resulting economic challenges. The SunWiz report adds that the number of Australians installing rooftop solar systems increased by 40% compared to 2019 levels.

“I like to tell the students sometimes that look, if we would have a product stewardship scheme in place for plastic bottles about 30 years ago, telling the manufacturer you have to take plastic bottle back once it is used, we probably would still have glass bottles,” UniSA’s Future Industries Institute professor in advanced materials Peter Majewski says.

UniSA’s Future Industries Institute is currently working on establishing a lifetime product stewardship scheme for Australia’s solar industry, hoping to create end-of-life strategies that will be in place to stop a waste disaster in the future.

The industry typically accepts that solar panels last for about 25 years, give or take.

UniSA’s estimation finds that by 2035, there will more than 100,000 tonnes of waste from solar panels in the national waste stream.

It’s clear that people, both residential and commercial, are opting for solar power and its popularity only further stresses the importance of end-of-life measures.

“We started this research two-to-three years ago as we realised there was an interest in recycling solar panels,” Peter says.

“We quickly realised that before looking into ways to recycle, we should look at it from a legislative perspective”.

“Over the time we’ve been looking into it, we’ve acquired a lot of content and created somewhat of a little network of people who are interested in creating a Product Stewardship Scheme, including the Smart Energy Council, Clean Energy Council, many industry players and other universities.”

Despite interest in the project, Peter and his team have also hit some hurdles. Yes, people want to establish ways to recycle these panels, but who will do it? When does it become an issue for the consumer to handle? Does the manufacturer have a role to play? Or does responsibility rest with the installer?

“There are a lot of hands in the process and the ownership of the panels changes each time, you have to clarify who is the owner at a given time of the panel’s lifetime,” Peter outlines.

Reclaim PV Recycling recently established Australia’s first solar panel recycling site in South Australia with another to be announced in the country’s north. It’s simultaneously securing environmental licenses to conduct full scale recycling operations at an initial rate of 70,000 panels per annum and putting the call out for end-of-life solar panels from anywhere in Australia.

“We do the whole process, starting with collection, then transport and then the recycling itself. We charge for the full service,” Reclaim PV Recycling director Clive Fleming explains.

“An installer, retailer or manufacturer will generally pay for our service depending on how the modules came off the roof. Warranty cases are generally upgrading through the manufacturer but sometimes it can be the installer or retailer.”

Peter says that The Smart Energy Council with various collaborators including UniSA submitted a proposal Stewardship Scheme in January 2021, aiming to have legislation in place by 2023.

The end goal of the scheme is to have the process clearly outlined: what role each player has, the correct way to take down and recycle the panels, disposing of non-recyclables in the best possible way, where materials can be used and so on.

“It’s the same principle, we have with other things like cars and batteries, and paint and computers and mobiles and so on,” Peter says.

Clive says that Reclaim PV Recycling was involved in a discussion to further a product stewardship scheme in 2020 and he’s a proponent of it happening.

He adds that it has taken around seven years to get the recycling company off the ground: “It has been a long road without much support. We’ve got a couple of branches of government but there hasn’t been a lot of companies jumping on in the early stages because it wasn’t really feasible.”

“It just comes down to the profitability of the business. Now that we’re making profit, there’s enough room for a company to jump in and grab it.”

UniSA’s Peter says that at the moment, the team is still analysing the data: what are the numbers, what’s the waste volume going to be, what will it look like in ten years, what are other countries doing and so on.

“From there we intend to set up a training centre for educating recycling professionals for the next generation.”

Harping back to the start of the article, while the beverage industry hypothetically had a choice to switch back to glass bottles, the solar industry doesn’t have the same luxury.