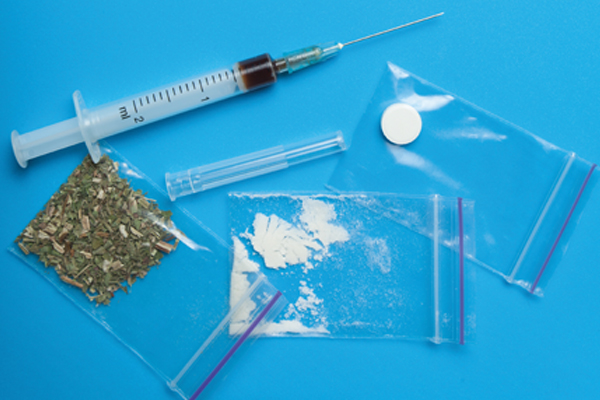 Illicit drugs (See Table 1) affect the entire community, spanning all age groups and professions. However, while most Australian citizens would agree with this sweeping generalisation, there is less accord about how to identify, quantify and tackle drug abuse within a specific sector like the building and construction industry.

Opinions about the issue of illicit drug abuse vary widely, from support for the legalisation of drugs like cannabis (see MP Fiona Patten’s ideas on page XX), to the enforcement of zero-tolerance prohibition measures and penalties, along with more widespread counselling services.

In this article we address a range of issues about drug abuse: How widespread is the problem? Are some drugs more prevalent than others? Do employers have a Workplace Health & Safety (WHS) duty to ensure workers are ‘clean’, perhaps via random drug tests? Do workers and contractors have rights to refuse to take such tests?

Amazingly, there are no formal statistics in Australia revealing the extent of illicit drug abuse by profession.

“The Alcohol and Drug Foundation (ADF) does not have any up-to-date data that breaks down drug use by profession,” says ADF spokesperson Laura Bajurny.

This seems incredible, given that one might have expected job-specific data to be a prerequisite for targeted health and education campaigns. Nevertheless, the ADF is unequivocal in its advice that illicit drugs are a potent risk to safety on building sites.

“Being under the influence of any drug – including some prescription drugs like opioid painkillers – poses a safety risk on worksites,” Laura says.

“Drugs that depress the central nervous system, like alcohol, opioid painkillers or cannabis, slow reaction times and can impair clear thinking and planning.

“Stimulants, like cocaine or methamphetamine, can make people more impulsive and increase the likelihood of risk taking.”

Most importantly, Laura stresses there are no ‘safe’ levels of illicit drug use.

“Drugs affect everyone differently,” she explains.

“Mixing drugs – including with alcohol – can be especially unpredictable and dangerous, as each substance changes the way the others act in the body.”

The effects of these substances can be long lasting: “Alcohol hangovers and ‘coming down’ from drugs can affect a person’s performance even after drugs may no longer be active in their system. Depending on the drug(s) and volume of use, this may last for several days.”

While national data relating to illicit drug use in the Australian building and construction industry is scarce, private-sector drug testing companies can shed more light on current trends based on ‘in-the-field’ experience.

One such company is Integrity Sampling, which is a private drug-testing company based in Melbourne. Integrity Sampling performs thousands of random drug tests every year throughout Australia across all professions, including building and construction.

Random drug testing is legal in all professions throughout Australia. In the building and construction industry, tests may apply to direct employees, contractors, subcontractors and any other official visitors to a worksite at any time.

“We’ve had the Australian Drug Foundation blown away by our stats,” says Integrity Sampling director Michael Wheeldon, reiterating that his company’s data are based on empirical test results, rather than ‘surveys’.

According to Michael, approximately 3% of all random drug tests conducted by Integrity Sampling in 2016-17 produced positive results across all professions nationally, with South Australia and Victoria recording the highest rates of positive detections (see Table 2). NB: all positive results are based on saliva tests, which means they detect recent use of drugs (for example 4–8 hours for cannabis; and about 24 hours for methamphetamine) in significant doses (at least 25ng/ml for cannabis), rather than minor traces that might be attributable to historical or passive absorption.

Unsurprisingly, drug detection rates tend to vary considerably across different professions. As noted in Table 3, the warehousing, transport and manufacturing sectors displayed the highest rates of illicit drug detection as a proportion of all industries; however, the building/construction sector – representing 13.6% of all positive results – had the fourth-highest rate. By contrast, only 1.3% of tests proved positive in the marine industry, 1% in land clearing, and 0.2% in the airline industry.

What kinds of illicit drugs are commonly detected?

As shown in Table 4, the most commonly detected drugs are opiates and methamphetamines, though latest trends point to an alarming escalation in methamphetamine use.

“Since the introduction of codeine on prescription, we have seen a significant drop in opiate detections,” Michael says.

“Since drugs like Nurofen Plus and Panadeine Forte have gone prescription, their usage has reduced and meth has overtaken it.”

Michael says rates of methamphetamine detection nationally rose by 50% in 2016-17 across all professions – an extremely troubling finding.

Drug testing: It’s up to you

The only way to determine and track drug abuse at a worksite is to test workers.

Random drug testing is justifiable, Michael says, because it is fundamental to the provision of a safe workplace under Section 21 of the WHS Act, as implemented by separate state jurisdictions. In the event of a workplace incident involving a drug-affected worker at a site where there was no testing, for example, an employer might be vulnerable to accusations of neglecting his duty of care to all staff.

While random drug testing is permitted nationally, as noted above, it is worth noting that there are no legislated protocols or restrictions governing random drug testing procedures in most Australian workplaces. An exception relating to the building and construction industry dates back to 2016, when the Building Code of Australia was amended to include compulsory random drug testing on Commonwealth Government-funded construction sites (above $20m project value). In such cases, sites with fewer than 30 workers must test at least 10% of all workers; sites with 30–100 workers must conduct a minimum of five tests per session per month; sites with more than 100 workers must conduct a minimum 10 tests per session per month.

As far as small-to-medium building companies are concerned, it’s up to individual business owners to decide whether to implement random drug testing.

Before a business adopts a random drug testing policy, bear in mind that there are no ‘mandatory’ standards governing testing methodologies, the frequency of tests, the quality of test equipment, or the qualifications of testers… though Michael advises that reputable drug testing companies voluntarily adhere to strict international standards and benchmarks relating to all facets of the drug testing process.

“Anyone can do it [random drug testing], and unfortunately there are some cowboys out there, but the testing company should be (a) NATA-accredited, (b) ISO-accredited, and (c) each technician should have an Australian Quality Training Framework (AQTF) compliance in relation to drug and alcohol testing, and that’s part of the Australian Standard, which falls back to the NATA Standard,” Michael says.

How many tests should be carried out per annum? Michael says Integrity Sampling creates a unique testing schedule with each client based on budget and perceived need. In general, a company might commission a series of random tests throughout a 12-month period equivalent to 30% (by number) of the full workforce.

“You might have a multinational company with 500 employees; we might do 20 tests a month (over three separate sessions) within a 12-month period, which would give us 240 tests overall for the year – we look to test at least a third of all staff on a random basis in a given year,” he says.

Whereas some drug testing companies use “a $5 piece of plastic with a sponge on the end of it” to perform tests, Michael says Integrity Sampling and similar businesses use Drager Drug Test 5000 test equipment (approximately $10,000 per machine), which is “the best in the world”. Michael says his company’s units are certified to perform to Australian Standards by the Victorian Institute of Forensic Medicine, producing 99.6% accuracy against ‘false positives’, i.e. positive on-site tests that subsequently prove negative in a laboratory.

A typical test on a Drager device can detect all major classes of illicit drugs at once, including cannabis, cocaine, opiates, amphetamines and methamphetamines.

“The Building Code 2016 has benzodiazepine included on it,” Michael adds.

If a test is positive on site, a sealed sample is sent to an accredited laboratory for confirmation.

Privacy is a major consideration. According to Michael, reputable testers deal only with an appointed individual from each client’s company, and results are not shared with any external parties, including police or insurance companies, without a court order.

Tests are conducted at random and all worksite members – from payroll clerk to single-visit specialist tradesperson – are subject to the client company’s drug testing policies, which are usually articulated clearly in employment contracts as conditions of engagement.

What happens if there is a positive result? Michael advises that employers have the right to take a range of actions, from sacking staff to instituting counselling sessions.

“I imagine if an insurance officer went out and showed someone involved in an incident had had a drug and alcohol test that was positive, then that insurance company would be wiping that claim as quickly as they could.”

Clearly, the topic of illicit drug use is complex. On the one hand, Fiona Patten MP and other advocates of legalising drugs like cannabis seek to maximise personal freedom, albeit it in a disciplined way that attempts to separate drug abuse from the worksite. On the other hand, agencies like the ADF caution about the long-lasting negative effects of illicit drug use, including ongoing impaired performance long after a drug has been used. Meantime, there is a litany of medical literature warning about the permanent damage that might arise from just one dose of an illicit psychoactive substance.

At what point does impairment begin and end? Who defines whether usage is regular or occasional? Or whether dosages are low or high? These questions are all defined subjectively, leaving scope for endless argument about the effects of drug use in a libertarian society.

Surely, however – personal health impacts aside – the fundamental requirement for maximal worksite safety outweighs all other considerations, just as it does in the cockpit of an airplane or the operating theatre of a hospital.

Building and construction worksites are exceedingly dangerous places. Adopting a random drug testing schedule might be the only way to combat the scourge of illicit drug abuse – there is nothing ‘recreational’ about losing a limb, suffering a fall, or coping with the guilt of harming a colleague.