Does the new energy efficiency legislation over-step the mark?

New energy efficiency legislation is designed to make suppliers more accountable for their actions, but does it go too far? And how does it affect you? 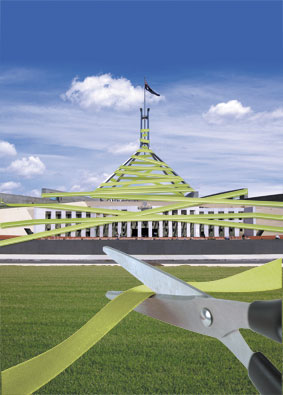 In 2009, the Council of Australian Governments (COAG) published Australia’s National Strategy on Energy Efficiency, which was designed to improve minimum standards for energy efficiency and encourage innovation in energy efficient technologies and approaches.

For electricians, this would see the development and introduction of ‘greener’ technologies that would help them capitalise on a growing market of individuals concerned about their energy use and the ever-increasing cost of electricity.

It would also provide incentive for manufacturers to improve the energy performance of appliances, making it easier for electricians to meet their customers’ demands.

As part of the strategy, COAG agreed to establish national legislation for Minimum Energy Performance Standards (MEPS) as well as expand on the existing Equipment Energy Efficiency (E3) program.

Since that time, the Government has worked to develop and implement a comprehensive national energy efficiency scheme through the draft Greenhouse and Energy Minimum Standards (GEMS) Bill 2011.

The objectives of this proposed national legislation are to introduce new features to improve national consistency and to allow for the coverage of a wider range of products and equipment types. This will be achieved by giving the scheme a Commonwealth legislative basis; the introduction of a national regulator to take responsibility for all registration, compliance and enforcement activity; a requirement for corporate registrants to provide annual data on sales and imports; and new enforcement measures (e.g. infringement notices, suspensions, injunctions, civil penalties, publication of contraventions).

However, certain aspects of the new legislation have caught the ire of industry.

Bryan Douglas is the chief executive of Lighting Council Australia. He says that while Lighting Council unequivocally supports national legislation for energy performance standards and labelling, the group remains seriously concerned about some elements of the proposal.

“Some of these concerns, in particular the application of criminal sanctions and the mandatory provision of data, were expressed by Lighting Council and other groups in the earlier rounds of industry consultation,” he says.

“Criminal sanctions are disproportionate to the nature of offences in an energy MEPS and labelling regime. Criminal sanctions do not apply in the registration process associated with Australia’s electrical safety regime and transgressing a MEPS and labelling regime surely is far less serious than avoiding electrical safety regulatory requirements where lives could be at risk.

“Of particular concern to Lighting Council is that little attempt has been made so far to explain how criminal sanctions may apply. The Exposure Draft Bill suggests that they may be applied extremely broadly by the statement: ‘Criminal proceedings may be commenced against a person for conduct that is the same, or substantially the same, as conduct that would constitute a contravention of a civil penalty provision…’.”

In Section H: Offences, Penalties and Enforcement Powers of the draft legislation, it is suggested that the main offences under GEMS will be supplying an unregistered GEMS product (where supply includes offer to supply); supplying a non-compliant GEMS product, i.e. one that does not comply with the requirements of the relevant GEMS determinations; and using for commercial purposes (where there has been no sale or supply in Australia) an unregistered or non-compliant GEMS product.

The document continues: “The proposed ‘commercial use’ offence is designed to extend the obligation to comply with GEMS requirements beyond supply, so as to include Australian companies that import (or manufacture) products for use in their own commercial operations.

Under the GEMS Act the range of penalties and enforcement measures that apply to offences include:

Suspension and cancellation of registrations, for a wide variety of contraventions of the scheme by a registrant – including the power to suspend a registration indefinitely while the regulator is investigating suspected non-compliance.

Infringement notices for civil penalty provisions, giving the flexibility to quickly and simply administer a ‘slap on the wrist’. Payment of an infringement notice by a registrant or supplier would not constitute an admission of guilt but would be a quick and cheap way for them to resolve an allegation of non-compliance.

Injunctions to put an immediate stop to non-compliant activity.

Enforceable undertakings agreed to between the regulator and a registrant or supplier, e.g. to rectify an alleged wrong and compensate consumers and the environment.

“When GEMS was first mooted several years ago, the whole idea was to change the regulation of MEPS from the states to the Commonwealth,” Bryan says.

“We supported it because of anomalies that existed in some jurisdictions and because in principle a centrally co-ordinated national regulatory system works better for industry. So the concept was good, to transfer authority from the states and territories, but problems exist in the draft legislation which goes well beyond the mere transfer of powers to the Commonwealth.

“It’s over the top to impose criminal penalties in this area. It’s a very different case if we were talking about contravening the Competition and Consumer Act (formerly the Trade Practices Act), which clearly warrants criminal penalties, but not for transgressing energy efficiency regulations.

“We’re not trying to avoid our responsibilities, we strongly support MEPS and of course there must be sanctions. But we feel that civil sanctions in the form of fines and other measures are adequate.”

Bryan explains that as far as lamps are concerned, Australia is very much leading the world in terms of the stringency of MEPS levels. So the introduction of criminal sanctions may cause suppliers to rethink entering or remaining in the Australian market, given that it is already extremely difficult to meet MEPS in some areas.

This would result in fewer options available to electricians and contractors, possibly having to compromise in the name of cost or quality.

“There is potentially the problem of suppliers saying it is all too hard in the Australian market and perhaps giving up, at least on certain items,” Bryan says.

“I’m sure criminal sanctions will apply only in the most egregious circumstances but while that may be the thinking of bureaucrats today it might not be the thinking that prevails in five years, and once legislation is enacted it is very difficult to change.”

Perhaps more pressing an issue is the mandatory provision of sales and import data from all companies with product subject to MEPS, including private entities.

Further, GEMS legislation makes a provision for data to be shared between Government agencies and with other national and international agencies working on energy standards and labelling.

“We’re concerned that inadvertently or otherwise, individual company data could be leaked to competitors within Australia or internationally,” Bryan says.

“We have little faith that this information will be kept confidential. Particularly offensive is the suggestion that it could be passed to unspecified international agencies.”

The Government argues that it requires this data, broken down by the number of units sold, imported and exported by model number, so it can improve monitoring and evaluation of the GEMS scheme, and improve the evidence base for revision of standards.

Bryan explains that Lighting Council is perhaps unique in that the organisation receives phone calls almost on a weekly basis from international suppliers or agents wanting to enter the Australian lighting market, looking for data.

“We feel that any information about particular products or niches in the market will only provide market intelligence for those wanting to enter our market so we are very reluctant to provide this information,” he says.

“Furthermore, we feel that while the government says it will safeguard private companies’ data, we’re not so sanguine about that.

“We feel that releasing this information may provide market intelligence to companies wishing to enter the Australian market, giving them an unfair leg-up.”

GEMS legislation was introduced to parliament in November and is currently undergoing parliamentary review and debate.

If approved the legislation will commence 1 July 2012.

Lighting Council is currently assessing its options about approaching ministers and legislators, to continue its fight against criminal sanctions and mandatory reporting.

“To the Department of Climate Change and Energy Efficiency’s credit, they have given ground in some areas, but in these two important areas – mandatory reporting of data and criminal sanctions – there remain concerns,” Bryan says.

“We are seriously concerned about mandatory reporting of product sales and import data and nothing short of removing that from the legislation would satisfy us.”

The ethics of estimating

How to comply and conform with the ...