The Internet of Things represents a revolution in how we monitor and control a bewildering array of electronic equipment. George Georgevits explains. 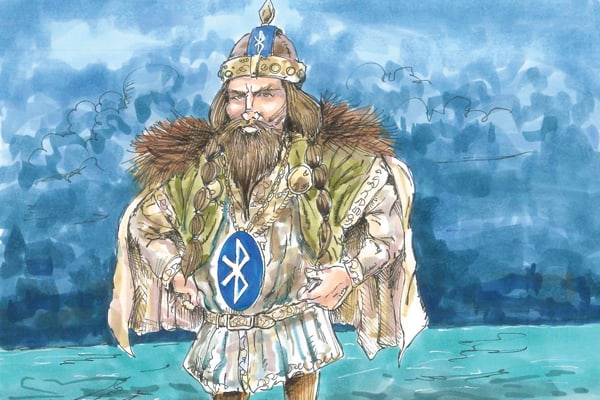 Smart electronic devices have made inroads into many aspects of daily life and also the industrial sphere.

Some of them gather data about the surroundings and others help us to control things or communicate. To maximise convenience, they usually employ some form of wireless technology to transfer information.

Bluetooth has become a popular form of smart wireless technology for fast short-range data communication between devices. And with the advent of the Internet of Things (IoT), the need for such a capability is about to expand rapidly.

Bluetooth was developed in 1994 by Dr Sven Mattisson when working for the Swedish company Ericsson Mobile Communications.

It was named after Harald Blåtand, a Swedish king in the Middle Ages who had the nickname Bluetooth. The original specification was developed by Dr Jaap Haartsen.

Ericsson has been in the telecommunications business for more than 100 years, supplying telephone handsets, small private telephone exchanges (known as PABXs) and large telco exchanges and networks.

The company was preferred supplier of telephone exchanges to Telstra and its predecessors for many years.

With the advent of mobile phone technology, Ericsson quickly became an important player in the sector. It produced not only mobile phone networking equipment but also a large range of mobile handsets.

The original aim of Bluetooth was to provide a short-range wireless link between mobile phones so as to avoid the need for a cable connection when transmitting data – such as provided by slow and cumbersome RS-232 serial cabling technology.

However, it was soon realised that this technology could be used for communication between all sorts of devices that required connecting cables.

Ericsson set up a joint development group with several manufacturers with a view to creating an open Standard for a short-range wireless communications system operating in the 2.45GHz radio frequency band.

This was known as the ISM band – for industrial, scientific and medical – and is also used by many other low-power devices. These include cordless phones, wireless local area network (wi-fi) devices, model control, garage door openers, home detention monitors, point-of-sale terminals and even the domestic microwave oven.

One condition of using this band is that devices must radiate low power, typically about 1W or less, depending on the type of equipment. Such equipment is covered by an LIPD class licence (low interference potential device), and does not require a separate radio transmitter licence.

The ISM band is used by a range of electronic devices operating with a variety of protocols. Another of the conditions is that services must accept any harmful interference that may be caused by nearby ISM applications.

Bluetooth makes use of frequency hopping spread spectrum technology. This was designed to minimise the effects of harmful interference from nearby devices, particularly those operating in the same band. By and large, it works very well.

A basic Bluetooth network (known as a piconet) is a decentralised type of wireless computer-to-computer network commonly referred to as an ad hoc network. It employs a master/slave configuration, and the master is able to communicate with up to seven slave devices on the same piconet.

Bluetooth network devices are smart, and by suitable negotiation, the role of master can be passed from one device to another in the same piconet. One example of a piconet is the hands-free operation of a mobile phone through the entertainment device in a vehicle.

Piconets can connect to and communicate with other piconets to form what is known as a scatternet.

In all wireless devices, the range is governed by several factors, including output power of the transmitter, distance between transmitter and receiver, antenna type, obstructions along the path, background interference, and so forth.

Bluetooth specifications are created by an organisation known as the Bluetooth Special Interest Group (SIG).

In 1999, Version 1.0 of the Bluetooth Core Specification was released by SIG and gained the ‘Best of Show Technology’ award at COMDEX that year.

It operated at a maximum throughput of ~700kbps using frequency shift keying modulation, and the range was up to 100m.

To put this into perspective, a typical digital photo taken at that time would have been about 70kB in size, so it would take ~10 seconds to send it over a Bluetooth link. Today, photos can be 10MB and more, and Bluetooth has had to evolve to remain useful.

In 2004, SIG adopted Core Specification Version 2.0 Enhanced Data Rate (EDR) with a link speed of 3Mbps, and Bluetooth had an installed base of 250 million devices.

By 2009, SIG had 12,000 members, the Bluetooth installed base had reached two billion devices and SIG had adopted Version 3 of the Core Specification with a link speed of 24Mbps.

In conjunction, SIG adopted low-energy wireless technology and implemented it the following year in Version 4 of the Core Specification.

Known as Bluetooth Smart (or BLE – Bluetooth Low Energy), it was intended to offer a similar range as Bluetooth Classic but with much reduced power consumption and somewhat lower application throughput speed. And all at a much lower cost.

Bluetooth Smart has been aimed specifically at the IoT – a proposed development in which new devices such as sensors and other common objects have network connectivity, allowing them to send and receive data. The IoT will depend on cloud-based applications to collect and process data from the sensors and other devices and send it to the end user.

Bluetooth Smart is not backwards compatible with Classic Bluetooth. However, support for both can co-exist in the one device, and such dual-mode devices have been marketed as Bluetooth Smart Ready.

Because Bluetooth Smart operates on the same ISM band as Classic Bluetooth, dual-mode devices can share an antenna.

One of the first products to implement Bluetooth Smart technology was the iPhone 4S (2011). Unlike Classic Bluetooth, Bluetooth Smart does not support voice capability, so dual-mode capability is a must for applications when power consumption is important (eg: devices such as mobile phones).

Finally, in June 2016, SIG announced the next release of the Core Specification Version 5, due later in the year or early in 2017. It promises to substantially increase range and speed, and vastly increase broadcasting messaging capability – a feature not well utilised to date.

A profile is a specification for how a particular type of device should work in a particular application, and a device may contain more than one profile.

The profiles are intended to be Standards, and manufacturers of devices must comply to ensure that their devices will function correctly.

Groups of profiles are classified according to their application. For example, sets of profiles exist for health care, sport and fitness, proximity sensing, alerts and time, generic sensors, etc.

Bluetooth capability in one form or another is already in billions of electronic devices in everyday use. The new Bluetooth Core Specification Version 5 is aimed at meeting the future needs of devices designed for the IoT.