Considering an apprentice? Read this first. 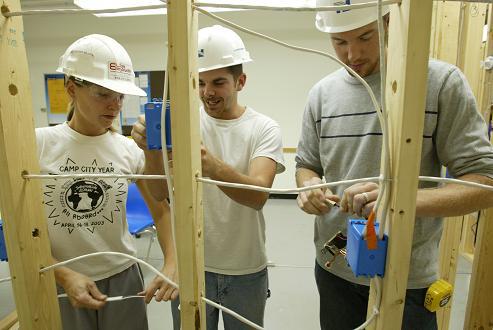 Today’s apprentices are probably quite a bit different from when you started your trade a number of years ago. For example:

These characteristics present challenges for employers that need to be considered and acted upon when you have an apprentice (or apprentices) working for you.

It was once common practice to ‘initiate’ an apprentice into the job by having them perform some menial or degrading activity. By not complaining and laughing it off as a joke the apprentice was ‘accepted’ into the group of more senior work colleagues, having ‘passed’ the initiation’.

Unfortunately these hazing rituals often descend into acts of physical and psychological harm, leaving employers open to claims of compensation for workplace injury, or even having criminal charges laid. (Alec Meikle, an apprentice at Downer EDI, committed suicide in 2008 after three months of alleged bullying including allegedly being burnt with a welding torch, sprayed with adhesive spray, set on fire, and repeatedly threatened with sexual assault.)

Do your employees know that such practices are no longer acceptable in today’s workplace?

“It would have been OK if I’d said it to another bloke!”

Today’s workplace has women working in many roles once considered the domain of only men. Electrical trades are one of these.

Do you have to make special allowances because you have employed a female apprentice? The answer is no, you must treat everyone the same and with respect. This might mean that you need to upgrade some of your workplace practices, which will apply to everyone regardless of their gender, age or any other characteristic.

Pointing to a tree and saying “there’s the toilet” can be an equally degrading experience for a man or a woman.

Even small employers are required to have a suite of human resources policies and procedures.

One of the most important of these is the policy describing the need to treat everyone in the workplace with fairness and respect. It will also describe the actions that an employee can take if they have a grievance and the consequences if the policy is not complied with.

But simply having a policy is not enough; you must be able to show that all your employees have been made aware of and understand the policy. This might be through a training workshop, a toolbox briefing, through completion of an e-learning module or a one-on-one discussion with a manager.

An opportune time to review your workplace policies and procedures is when you are considering starting a new apprentice. All existing employees need to understand that they too have obligations with regards the employment of an apprentice including helping them to learn.

“I wasn’t treated with kid-gloves years ago when I was an apprentice!”

So does that mean that it’s right to take it out on today’s apprentices? All employees are a valuable resource to an employer. With the assistance of your existing employees, leveraging off their years of knowledge and experience, your apprentice will grow and be a productive asset in a shorter period of time.

“No one told me I wasn’t allowed to text while at work!”

During the apprentice’s workplace or job induction you will cover off the usual matters such as WHS, absence procedures and a whole range of procedural matters. However, often some matters are left unsaid because: “I would just have expected them to know that”. But is that right?

You and the apprentice need to discuss and agree a clear set of expectations about workplace behaviours? For example:

When you have agreed these work behaviours make sure they are documented and included with the apprentice’s induction paperwork.

“I wasn’t feeling good about work but didn’t know who to talk to?”

It can be very daunting being an apprentice; keeping up with TAFE studies, learning and applying new skills at the workplace as well as dealing with personal life issues.

Sometimes the opportunity to talk to someone outside of the employer organisation would be helpful. Consider then establishing a mentor relationship for your apprentice. A mentor is typically someone who has been there before (consider the image of the ‘wise sage’).

However, it is not for their technical expertise that they are a mentor, but rather for their ‘life experiences’. A good mentor will listen and question, and provide counsel rather advice.

Seek out people that you respect. They could be in the industry, in your community, or contact the professional associations and ask who they’d recommend that could perform this vital mentorship role. Having established the mentor relationship you should then encourage and support the apprentice to make regular contact.

Employing apprentices is vital to our industry and to Australia. While the wants and aspirations of today’s apprentices might be changing, by applying some of the points here you are likely to maintain a positive and productive workplace relationship.

* This policy may have a range of different titles, such as ‘Code of Conduct’, ‘Anti-discrimination’, or be made up of a number of separate policies with titles such as ‘Bullying and Harassment Policy’.