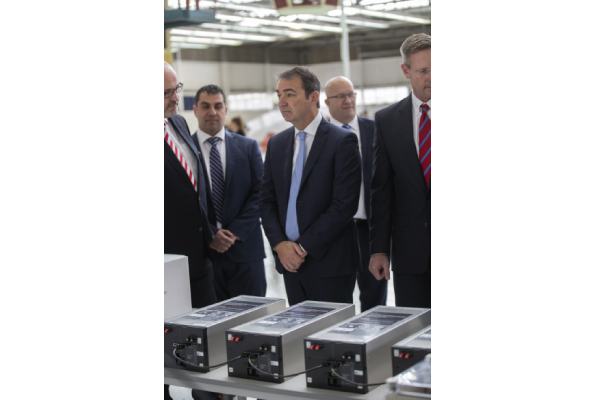 While Australia enjoys high rates of solar energy production, much of the power generated is still not harnessed, stored or distributed as effectively as it could be. Community battery storage could offer a solution. Jacob Harris investigates.

When it comes to our ability to generate power from the sun, Australia truly can be considered the ‘lucky country’ – we’re one of the highest solar-producing countries in the world. Unfortunately, peak generation periods don’t align with peak demand periods and while we’ve seen significant technological improvement in stand-alone residential solar storage batteries, they still only provide a partial solution.

Feed-in tariffs also leave much to be desired. This makes the proposition of feeding excess energy back to the grid less than compelling, which in-turn leads to much of Australia’s solar power being lost.

According to Energy Matters, the average feed in tariffs for each state are as follows:

One potential solution to the problem is community storage. A recent Dutch study conducted by DNV GL has suggested that community batteries do have a viable business case, with all stakeholders potentially standing to benefit.

The study concluded that considering current Li-ion battery tech prices and the average cost of upgrading the grid, in some cases a community battery will work out cheaper than a traditional upgrade – making the model appealing to consumers and grid operators alike.

According to DNV GL’s definition, a community battery is a battery that:

The first Australian community storage trial was undertaken by Synergy and funded by the Australian Renewable Energy Agency (ARENA) and began in 2016 in Alkimos Beach, Western Australia. This used a community energy scale device (CESD): a system of hundreds of smaller (Li-ion) batteries connected together in battery banks and cost $6.7 million.

“We are very excited about this particular project, because ‘the costs are coming down’. We expect that the cost of batteries will halve over the next couple of years and will keep going beyond that, said ARENA chief executive Ivor Frischknecht at an Alkimos Beach press conference.

“We have a number of other trials underway that are looking at different aspects of this. For example, people are buying batteries for their homes. There is not good data yet to say which model is better or which circumstances which model works in. You could have the same sort of impact on both the network and people’s home energy costs by having lots of little batteries spread around all of these houses.”

This is the model the sonnenCommunity (a program initiated by German battery manufacturer, sonnen) uses, creating a virtual energy pool that enables supply and demand to be monitored and regulated throughout the community.

“The sonnenCommunity was established in Germany [where there are now 30,000 members nationally] at the end of 2015. This was followed by launches in Austria and Italy in 2016, and in 2018 we launched the program in Australia,” says sonnen eServices managing sirector Jean-Baptiste Cornefert.

“For the sonnenBatterie we are using lithium-ion phosphate batteries (LiFePO4) because they have a greater longevity and higher safety than most other lithium-ion batteries that are commonly used in the market.”

The linked batteries in a sonnenCommunity meet the DNV GL definition of a community battery in all ways but one: the batteries are owned by the power consumer as opposed to a private company.

Jean-Baptiste believes we will continue to see growth in community storage, and other decentralised models, as we move further towards renewable energy production.

“The future of our energy supply is decentralised. Renewable energy is getting cheaper and cheaper, especially compared to fossil fuel production.

“Virtual power plants like the sonnenCommunity, consisting of thousands of interconnected households with a PV system and a sonnenBatterie, are already supporting the energy transition today.”

With renewable energy now representing 16% of Australian energy production (according to the Climate Council’s Fully Charged: Renewables and Storage Powering Australia report) and Victoria, Queensland and the Northern Territory all investing in grid-scale battery storage technology, it would seem that Jean-Baptiste isn’t alone in this opinion. Indeed, the Climate Council’s report also highlights that energy storage is critical for building a reliable Australian electricity grid for the 21st century:

“The Australian electricity grid and old fossil fuelled power stations are increasingly vulnerable to worsening extreme weather events, particularly as these power stations age. Over half of Australia’s coal fleet will be over 40 years old by 2030. Having a variety of storage technologies will improve the flexibility and resilience of the power system.”

This sentiment is echoed in the DNV GL report which explains that decentralised energy sources are an important part of the transition to a more sustainable energy future. However, the report also highlights the fact that these resources can put pressure on local electricity distribution infrastructures and these must be bolstered to meet peaks in generation output.

Indeed, it would seem interconnected batteries are ever-increasingly becoming an accepted part of our energy future, with traditional energy suppliers either developing their own storage networks, or working with providers like sonnen to offer hybrid solutions.

“In Germany most of our competitors in the storage market and some of the German energy suppliers created similar concepts. But most of them are simply electricity tariffs without a real added value for our energy system, so we are staying ahead of the competition,” says Jean-Baptiste.

“Whenever the market is not unbundled, for example in some parts of the US, we also work together with utilities. The sonnenCommunity is a very flexible system that we can adjust to different markets and conditions,” says Jean-Baptiste.

The DNV GL Report can be downloaded at https://www.dnvgl.com/publications/feasibility-and-scalability-of-community-battery-storage-115668.