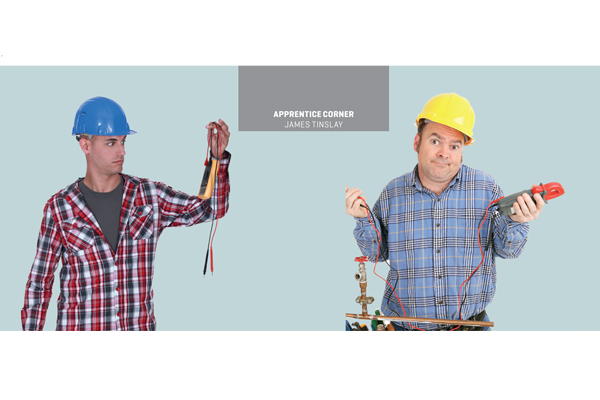 There is a concern in the market about underprepared apprenticeship graduates, but the issue may not be what you think it is. James Tinslay explains.

To the rest of the world, the term ‘capstone’ means the stone on the top of a structure or wall, or the crowning achievement. In the electrical industry of course, the meaning is not that much different except it is meant to be the final step that an apprentice must go through to be eligible for an electrician’s licence.

It sounds fair and reasonable that an apprentice must have a thorough assessment of all the on and off the job training that has been undertaken over four years to be awarded a licence that will provide employment and safe practices throughout their career. However, there are significant issues with the Capstone assessment, despite its pivotal role in regulator standards and employer confidence in quality outcomes.

While the Capstone assessment is relatively consistent across states and territories, delivery models differ markedly. These vary from a fully government regulated test, a prescribed government option through to a reliance on RTOs solely using what is contained in the training package. Compounded with this is the significantly high failure rate across all these models when apprentices sit these tests. Despite this, there is little appetite among regulators to adopt a unified delivery approach for the Capstone assessment.

The issue apprentices and employers face are not so much the Capstone but the disconnection between the completion of a Certificate III qualification and the issue of an electrician’s licence. All jurisdictions require the completion of the qualification and most, but not all, require additional information such as further assessment, the provision of a trade certificate or the like, a statement confirming that the apprentices have at least 12 months’ relevant wiring experience etc.

There was hope at one stage with the Commonwealth and states and territories working on a national licensing system but that has been abandoned and there is little support to participate in a further attempt arising out of this failure. The subsequent introduction of a mutual recognition arrangement works reasonably well but it does not address the significant jurisdictional variations for the issue of a licence.

It is well understood that the majority of apprentices at the end of the notional four-year term do not have the breadth of experience across the whole industry. How could they in four years have gained knowledge and experience of domestic, commercial, industrial work, not to mention specialist work just such as solar, emergency power, etc? Apprentices in group training schemes sometimes have an advantage when they have worked with employers in different sectors but that is still no guarantee.

While industry involvement in the capstone assessment is currently relatively minor, this is an opportunity for the electrical contracting industry with its vast experience of training apprentices through both group training arrangements and RTOs to assist regulators work towards a national and standardised approach. This approach working hand-in-hand with an independent validation of the capstone assessment would provide an opportunity to bring independence to the process and build closer links between industry and regulators.

At the core of this would be the aim to significantly increase the success rate of the assessment, which is currently so poor that it begs the question of the validity of the process, but not necessarily the Capstone assessment. Both employers and apprentices deserve a nationally consistent arrangement to ensure timely, dependable and reproducible outcomes.

Time for change in Queensland