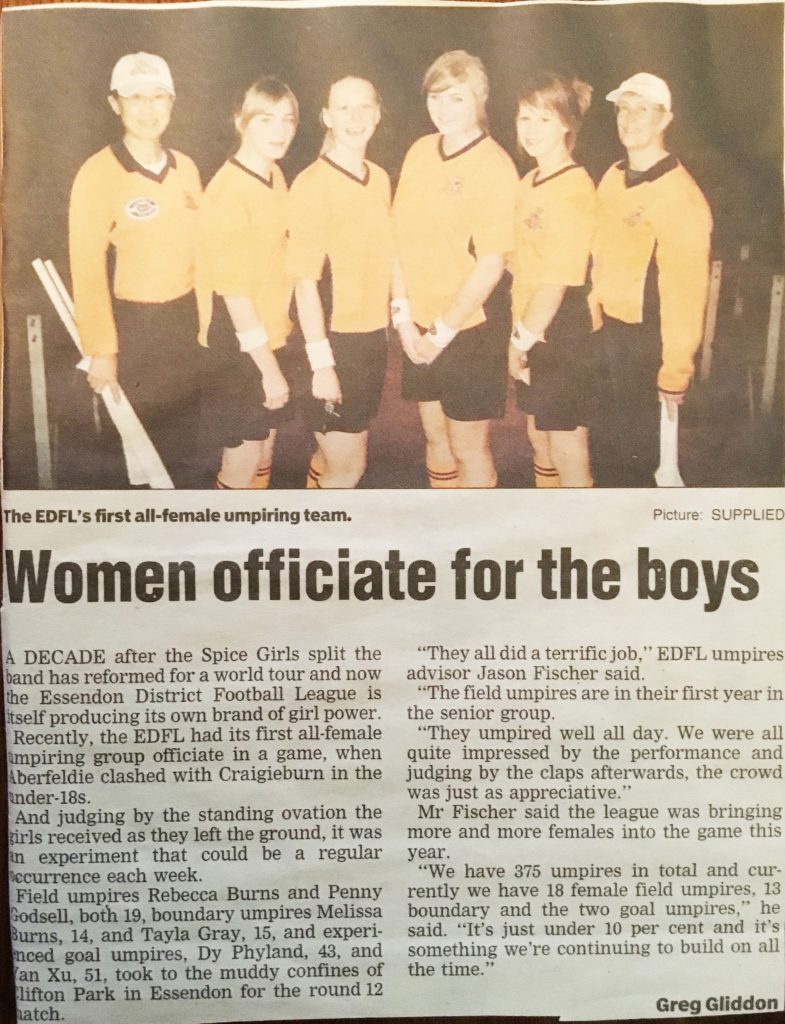 In light of International Women’s Day, Legrand talks about gender equality through breaking stereotypes. Originally an electrician by trade, Legrand’s Sales Representative, Becky Burns, shares her story about her journey as a football umpire.

“As they say, time flies when you’re having fun!” This has been Becky’s outlook since she started with Legrand in 2018. Her primary role is the management of two key geographical areas within the state of Victoria, which cover various metropolitan and regional areas..

Growing up in a family of predominately males, Becky has felt no barriers when it comes to the ideology of binary gender roles. Having completed an electrical apprenticeship and working as a sparky for four years, Becky has experienced nothing but support from people in the field.

“Over the years, I was lucky enough to work with pretty awesome people and develop some great friendships,” she says.

But, let’s rewind to where it all started…

Having also spent seven years as a football field umpire for the EDFL (Essendon District Football League), Becky has always been accustomed to working with males. Her football umpiring career began when she was in high school, where she was often attending games to watch friends and relatives play.

“I would watch the local teams play on weekends and cheer them on, as well as enjoy the game itself,” say says.

But, the suggestion for Becky to start umpiring came from her father.

“Years before, I had volunteered and ran boundary umpire for my brothers’ games in the junior league. Payment was usually a can of coke with a pie or hot dog – as a kid, who would say no?!”

And so began her career as a football umpire, which led her down to the famous Windy Hill football ground. For Becky, EDFL was where it all began. For the under 10’s matches, she was able to implement general field umpire skills that she had established at the pre season training sessions. From the under 10’s matches, she worked her way up the ranks to 12’s 14’s & 16’s within a couple of seasons. 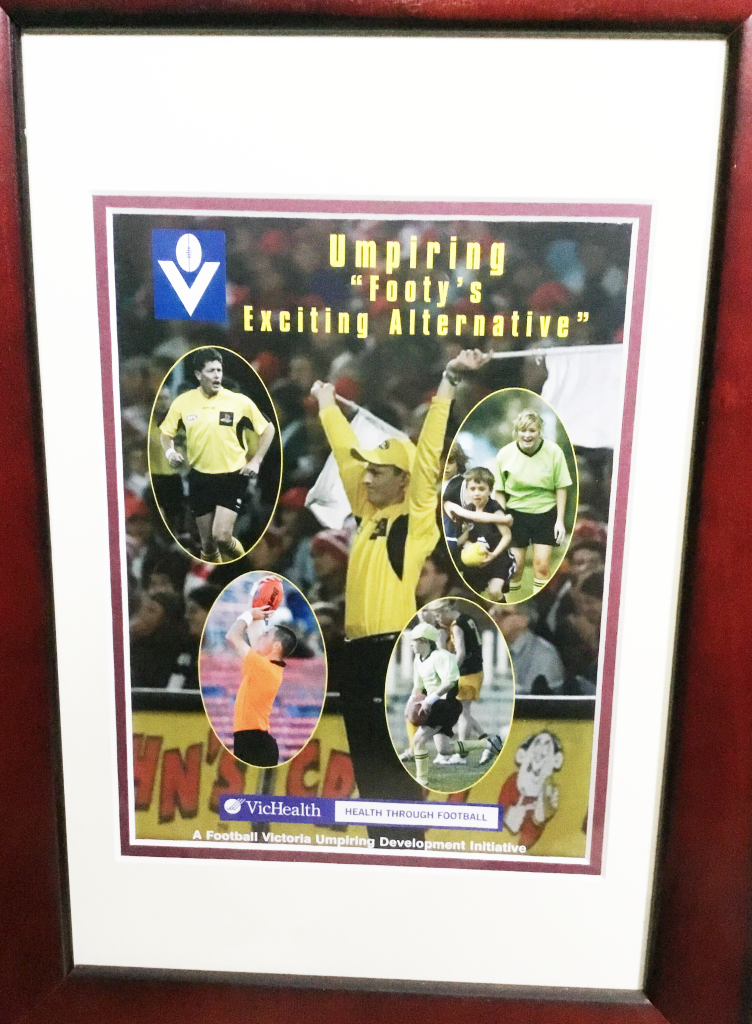 “Eventually, my dad also joined me & began umpiring,” she says.

“We umpired a lot of junior games together, as I was still too young to drive and it was most suitable to do them together,” she says.

“From there, I continued working my way up to umpire under 18’s, reserves and senior games.”

Throughout her junior and senior umpiring career, Becky had the experience of umpiring some fantastic finals and grand final games.

“I had the Privilege of participating in an all women’s umpired game for the EDFL,” she says.

“I was also lucky enough to umpire alongside a hall-of-fame umpire from the Australian football league at the NAB AFL Auskick celebrity match at the once called Telstra dome.”

As a result, Becky became a part of the Umpires Development Program for many years and even took part in a promotional advertisement for Auskick – but, it wasn’t all glitz and glam.

“There were countless days I would run out on the ground in the freezing cold and couldn’t feel my fingers or toes. I could even kick the frost off the grass at times,” she reminisces.

For Becky, football umpiring was a huge learning curve for many different reasons: her self-confidence grew and she quickly learned assertiveness on the field, which helped her keep control of the game. 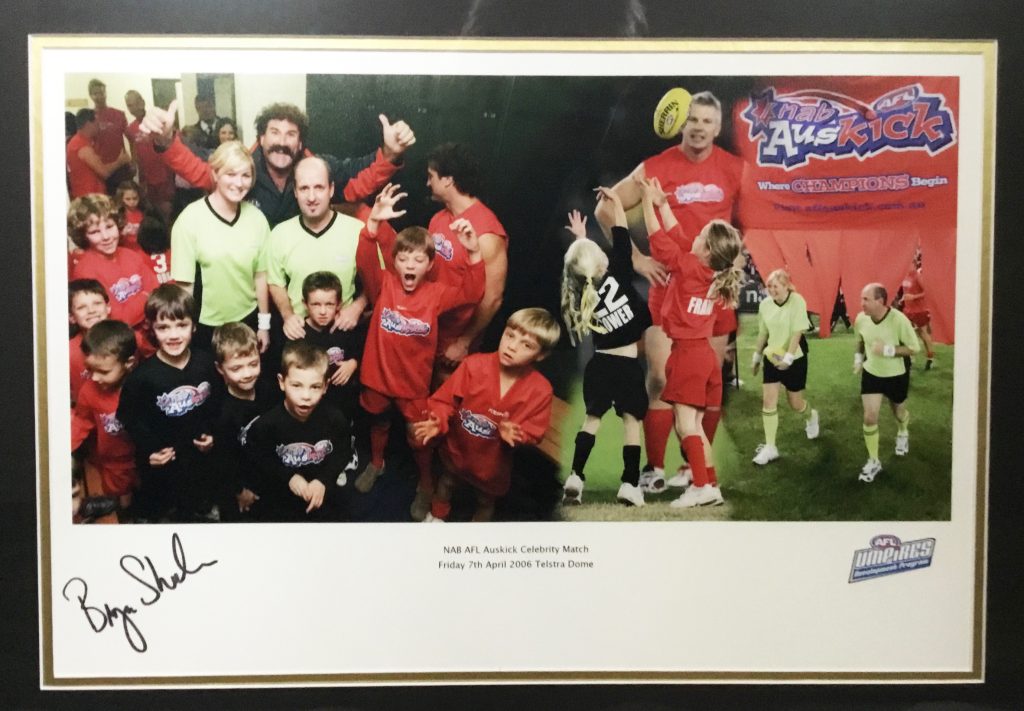 “I was able to experience some pretty awesome things that I will always remember. It also certainly gave me thick skin & the ability to not take things personally,” she says.

”Overall, if I could go back and do it all again, I wouldn’t change a thing, except maybe striving to be an official AFL female umpire.”

“I would recommend it to anyone wanting to give it a go, no matter your age or gender. It’s a great way to socialise, get fit & who knows where it could lead to.”

Becky’s drive for respectful relationships shines through her excellence as a Sales Representative at Legrand.

“As a member of the Legrand team, my journey so far has been pretty amazing – I can honestly say that I love my job.”

Legrand is a global specialist in electrical and digital building infrastructures. For more information, visit www.legrand.com.au.