A recent New South Wales audit has highlighted the need for electricians to maintain the quality and safety of their solar installations. 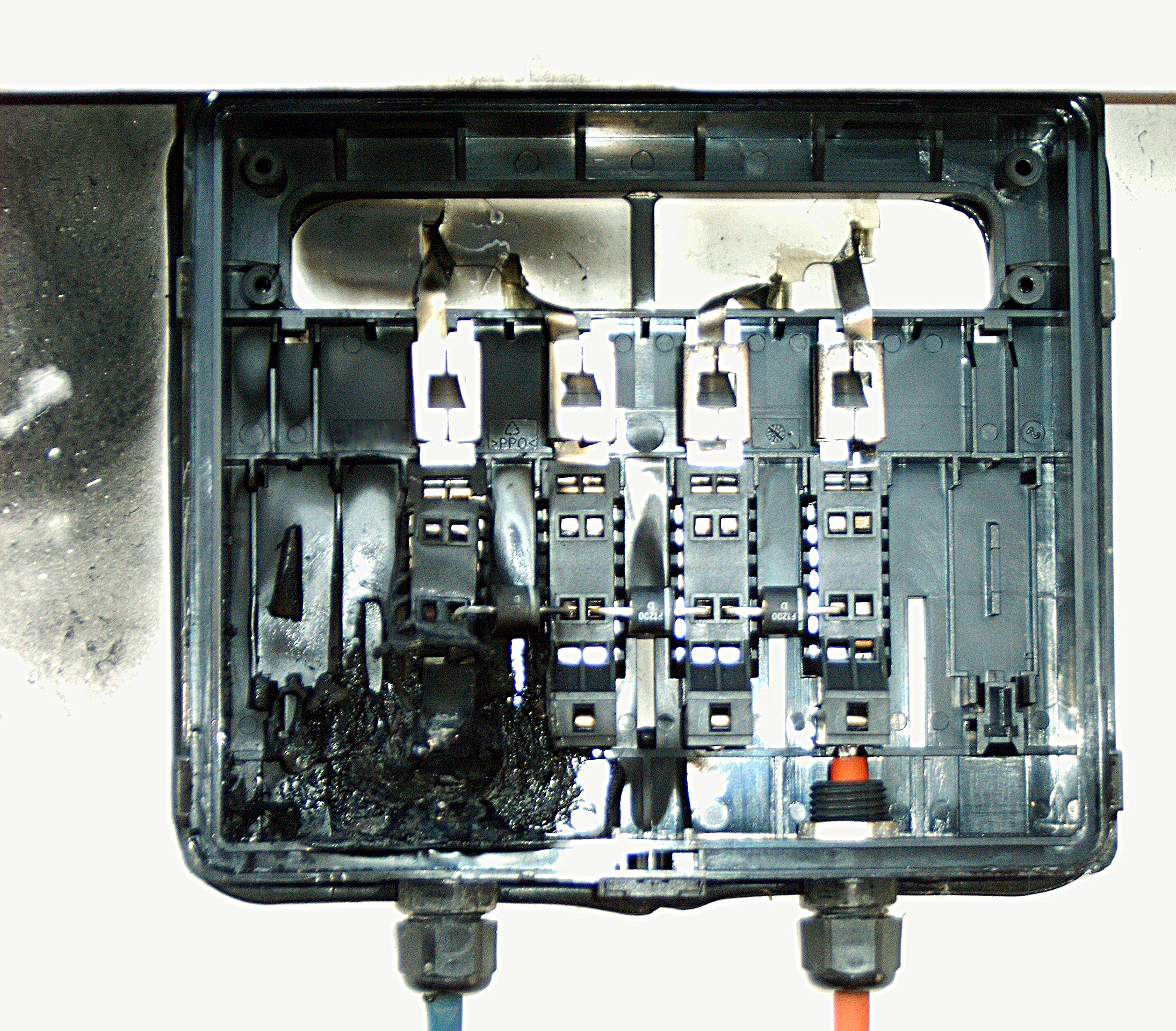 With solar rebates and incentives being slashed or wiped out altogether across Australia, the race is on for customers to install photovoltaic (PV) systems before any further changes come into effect.

The bad news is that this rush has resulted in some inexperienced installers, who are either new to the market or unlicensed, cutting corners and producing what are, quite frankly, dodgy solar installations.

As reported in the last edition of Solar Connection, the National Electrical and Communications Association (NECA) has backed calls from the New South Wales Government for further inspections of solar panels, following the results of a safety audit in Sydney.

NSW Fair Trading conducted the inspections in June and found that 18.5% of installations had major defects – 122 of 658 inspected had major problems. A further 418 (or 63.5%) were found to have minor defects.

“To have so many of those inspected flagged for failing to meet existing building and electrical regulations is a poor reflection on those persons and organisations responsible for the completion of these jobs.”

Following the audit, NECA arranged for some of its members with the required experience, insurance and solar installation accreditation to check the solar generation systems of the NSW public and ensure they are safe.

“There is a place for green energy in the future and it is important that workers in the industry get the installations right so this form of energy is not only safe but effective,” Lindsay says.

So what exactly is going wrong in grid connect solar installations?

What to look out for

According to Clipsal standardisation manager Gary Busbridge, there are many major problems that are surfacing for electricians who are completing solar installations. Essentially, he says the biggest issue is the fact that many unskilled people have been installing these systems over the years.

“Certainly you need a qualified electrician to sign-off on a grid connect installation, but stakeholders and regulators in the industry have found that quite a few installers are unskilled. The electrician signs it off as ‘safe’, but they really haven’t inspected it any further than making the grid connection itself,” he explains.

“Some audits have shown that up to 50% of installations have been wired incorrectly on the roof. There are a lot of issues for renewables, and it’s quite a dangerous thing to be putting on your roof if it’s not installed correctly.”

Gary says that some installations have been of an ordinary nature, with some panels attached to the roof sheeting, rather than the roof structure itself. And while it may sound bizarre to those who are experienced in the trade, sometimes the biggest mistake made is simply a case of the electrician not knowing the difference between north and south – or the direction and location that provides the greatest amount of sunshine to the solar panel over the course of an average day.

“Some installers put the panels up without considering the locale, and that is really a concern for the customer because they won’t get a return on their investment. They will come up short each time,” he says.

Inverters are also being targeted as a problem to keep an eye on, as some are feeding a higher than normal voltage (up to 265V or more) into the grid.
“It’s a matter of ensuring these inverters don’t inject an excessive amount of voltage into the system,” Gary explains.

“There are also issues with the earthing or equipotential bonding of a system on the roof. It’s quite tricky and you’ve really got to understand the systems properly to make sure that you don’t create dangerous situations.”

Gary says the industry is currently looking to revamp the electrical standards relating to solar energy and update the information available to installers.

“The state regulators are all very concerned about what’s happening in the industry and they’re putting in checks, measures and audit processes so they can see what’s going on. They’re doing this at a state level and the revised standards will address this from a national perspective,” he says.

“My advice is if that you’re going to install solar, then make sure you do the training. Make sure you understand exactly what you’re working with, otherwise it’s going to cause more problems that it’s worth.”

A shift in Standards

In Australia, PV systems fall within the scope of AS/NZS 5033:2005 Installation and safety requirements for photovoltaic (PV) arrays.

This document also references a number of international standards that are starting to make a substantial impact on the quality and electrical safety of PV installations elsewhere in the world, including the IEC62446, which defines the minimum requirements for system documentation, commissioning tests and inspection for PV systems.

This standard not only specifies the minimum testing and inspection requirements, but also how the inspection and test results are documented and supplied to the consumer after installation.

Rod Taylor of Seaward Solar says that this poses a great opportunity for electricians to improve safety in PV installations.

“In many cases, documentation not only provides evidence to the consumer that work has been performed correctly, but it also acts as an aide mémoire to an installer and ensures that best practice is followed with the work that is being undertaken,” he says.

“The IEC62446 reports are more extensive than those currently detailed in AS/NZS 5033 and importantly include three key items – a PV System Inspection Report, a PV Array Report and a PV System Verification Certificate.”

Rod explains that various countries have already adopted IEC62446 so all in all, Australia is not alone in experiencing the problems it is now facing with regards to the safety and quality of its solar PV installations.

“This is without doubt an international issue. However, the standards and procedures exist which can quickly turn this situation around. The Australian Standards committee therefore has an ideal opportunity to give IEC62446 a higher profile,” he says.

“In addition, the suppliers of products, electrical test instrumentation and software are playing their part by introducing a whole range of new products which will support the contractor by making testing faster, simpler and, furthermore, safer.”

Experience in Europe has shown that for a system to last the expected lifetime of 25 years, PVC and rubber cables as well as connectors that are not moisture-proof, will ultimately prove to be the weakest link.

According to Huber and Suhner, an international designer, manufacturer and provider of components and systems for the solar energy market, there are still installers using low-performing rubber and PVC cables. Some TPS cables are often printed with ‘solar cable’ on the product – but this doesn’t  printing on the cable itself will not make the product more suitable.

“PV solar cables are important components in a solar installation. They provide the electrical interconnections between the module and the power inverters, contributing significantly to the performance and long service life of such installations,” Huber and Suhner sales and marketing director Peter Marjasin says.

“We see the weakest links to be cables, connectors and junction boxes at the rear of the panel. The problem is that these cables have a very low temperature rating – and the lower temperature you have, the lower lifetime it will have for your installed system.

“This means that installers will wire up a panel that will last 20 years with a cable that will not cater for the environment in a rooftop application, with UV and high temperatures. So it only lasts for three to eight years instead.”

Peter explains that the PV installations in Australia and New Zealand are still in the relatively early life stage as opposed to countries such as Germany. However, the benefit of a young market is that we can draw on and learn from experiences of more developed markets and prevent problems before they arise.

“The most common problems that we have seen in solar PV installations are flawed product design, cost-cutting on unsatisfactory parts, installation complications, poor layout and external impact,” he says.

“A solar installation is only as tough as its weakest link. Most of these problems can be easily avoided by using quality parts specifically developed for solar applications. Using anything else could have a detrimental impact on your installation and your business in the long term.”

Such developments can help to safeguard the future integrity of solar PV installations, as well as answer the concerns that have been raised on the work of the installers involved.

How to find a quality solar module