Features
Home›Features›As quick as a flash

As quick as a flash 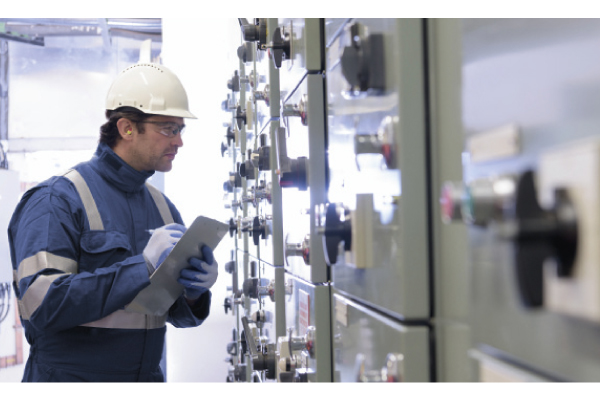 Last year was certainly a big one for the electrical industry, with several key updates including the publishing of new AS/NZS 3000 Electrical Installations (Wiring Rules) Standard. While this has cast a spotlight on certain aspects of electrical safety in low voltage installations such as arc faults, a number of recent incidents involving arc flashes, have put worker safety top of mind.

In the coming year, we expect the industry to continue educating customers and workers about protection measures to reduce risk and ensure the number of serious electrical incidents in Australia declines.

While short circuit, overcurrent and earth faults are widely understood and protected against in low voltage residential installations, less is known about arc faults and arc flashes.

Electrical safety risks range from overloaded power points and damaged outlets, right through to inadequately maintained installations; however, when it comes to electrical fires, experience shows that arc faults are a leading cause.

Arc faults occur at nominal currents or just below, making them difficult to detect using traditional technology such as miniature circuit breakers (MCBs). Some common causes include carelessly pulling cables out of a power point repeatedly, crushing the cable between objects like a door and door jamb, or cables being damaged by rodents or pets. In some cases, an arc fault can also be caused when wiring becomes loose at the terminal connection.

Over time, broken or damaged wires can lead to small arc currents continually or intermittently burning and degrading insulation. They are mostly identified by high frequency (HF) electrical noise and the breakdown of the fault current close to the zero-crossing of the driving voltage.

Serial arc faults are most common and can go undetected for a long time, originating from a fault within the phase or neutral conductor. Parallel arc faults originate from a fault between live conductors, with the total current in the circuit increasing depending on load impedance and fault impedance.

While safety switches and circuit breakers for overcurrent protection can be effective in reducing the risk of electrically ignited fires, in most cases they cannot identify arc faults – therefore the addition of arc fault detection devices (AFDDs) is needed to ensure protection against all faults.

AFDDs divide the measured current of each final sub-circuit into a low-frequency and a high-frequency share. These two signals are used as the basis for the electric arc identification; they are analysed by a micro-controller to determine whether they display the characteristic HF signals of an arc fault, and, if identified, automatic disconnection of the affected sub-circuit will be triggered.

They are not designed as an alternative to residual current devices (RCDs), or circuit breakers for overcurrent protection. Instead they work in partnership with RCDs and MCBs to provide a comprehensive switch board safety solution. However, some arc fault detection devices also incorporate RCD and MCB functionality in a single compact unit.

Included in the new AS/NZS 3000 Standard are guidelines on the use of AFDDs in final sub-circuits for locations storing flammable materials, fire propagating structures, premises with sleeping accommodation or buildings where valuable assets need to be protected. In Australia, there is not a mandated requirement; however, in New Zealand, AFDDs are required in certain types of application.

Last year, an electrician and his assistant received burn injuries and temporary blindness after an arc flash event occurred while they were working on a low voltage switchboard in Western Australia. The impact on these individuals could have been significantly different if a risk assessment had been carried out and the correct personal protective equipment (PPE) worn. It has served as a timely reminder for employers to check compliance with relevant legislation.

In the simplest terms, an arc flash is an energy release that occurs during an electrical fault when current flows through the air between two live conductors, or live conductor(s) and earth, causing a short circuit. In a residential setting, an arc flash usually produces little more than a brief flash of light before extinguishing itself harmlessly due to the typically low prospective short circuit current in such installations, and the impedance of the arc itself.

In a commercial or industrial setting, however, available short circuit currents are significantly higher, so electrical faults typically release more energy. These arc flash events release a large amount of energy in the form of explosions which generate heat, toxic fumes, pressure waves, blinding light, and sound waves that can result in serious injury including critical burns, blindness, deafness or even death.

There are a number of strategies that employers can implement to mitigate the risk of arc flash to employees including ongoing training and conducting thorough risk assessments. Electricians should always wear appropriate PPE such as flame-resistant clothing, eye protection and gloves. While there is currently no Australian standard regarding arc flash hazard assessment, the US NFPA 70e is typically used by workplaces taking a proactive approach.

Systems can be activated at the breaker or from a remote location. The result is a reduction of the incident energy, allowing for improved personnel safety while eliminating the need for higher levels of costly PPE.

Additionally, technologies to mitigate the damage of an arc flash event in a switchboard extend to an arc quenching device. This device is triggered by a combination of overcurrent and UV light sensing, to introduce a bolted short circuit at the load side of the incoming protective device. The short circuit shunts the energy away from the arc, and at the same time causes the incoming protection to trip and disconnect supply. Implementation of this technology requires engineering input at the design stage of the low voltage switchboard. Retrofitting may be possible depending on factors such as access, and acceptance of potential nuisance operation from the normal operation of protective devices.

While electrical companies will continue to familiarise themselves with the new AS/NZS 3000 Standard this year, the industry should be keeping a close eye on a number of other regulatory changes related to electrical equipment and safety in 2019 and beyond.

This includes the implementation of the IEC 61439 Standard for low voltage switchgear and controlgear assemblies which is already adopted across Europe. The AS/NZS61439 series was published in May 2016 and runs in parallel for five years with the old AS/NZS3439 series. From May 2021 onwards, the new standard takes over. This year will see electrical companies continue to invest in their products to ensure they are compatible with the new standard when it takes over and the old standard disappears.

Other regulations related to working on or near energised electrical installations also play a role in protecting workers. Western Australia has made it illegal (in May 2018) to work on or near energised electrical installations (live work) under Regulation 55 of the Western Australian Electricity (Licensing) Regulations 1991. Assessing risk and commencing work is only permissible after specific criteria have been met and rigorous safety measures implemented.