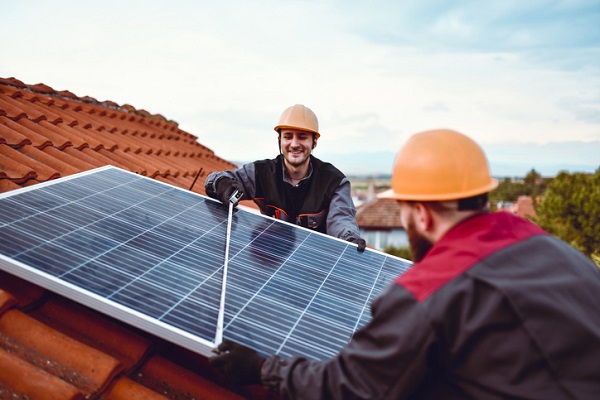 The Australian Energy Market Commission has finalised reforms designed to get more small-scale solar into the grid and support the growth of batteries and electric vehicles (EVs).

The reforms will put tough new obligations on power network companies to make their networks ‘smarter’. They will now be accountable for getting their businesses solar and battery-friendly so everyone benefits.

A key part of the changes is removing the companies’ ability to put blanket bans on customers sending solar energy back to the grid.

The reform package also means power networks can offer a range of options – including a basic free service – to encourage solar owners to limit solar waste, save money and benefit the grid. The reforms are a long-term sustainable plan to have more customers benefit from solar, put downward pressure on electricity prices and help decarbonise the energy sector faster.

“These new measures to drive smart solar are fundamental to enabling a modern electricity grid that delivers out to 2030 and beyond,” AEMC chair Anna Collyer says.

“They represent a profound change to the way poles and wires businesses must think about how they manage their network and turn the current one-way street delivering power to people’s homes into two-way super-highway where energy flows in both directions. Power network companies will need to deliver services to support solar – and they’ll be judged on their performance on how much solar exports they allow into the grid.”

The reforms acknowledge that Australia has the fastest rate of solar take-up in the world, and aims to reflect concerns from industry, energy market bodies, consumer and environmental groups and other experts that without action, the grid will be unable to handle the volume of solar forecast to double over the next decade. This is already an issue for some solar owners who are being blocked from sending energy back to the grid to avoid daytime supply disruptions.

The changes aim to move solar around to when it’s most needed so solar owners can get more from their panels and more solar can get onto the grid.

“By carving a path for smart solar, batteries and EVs, more solar can be used, we will keep costs down for all consumers and protect the value of household solar investments already made,” Anna adds.

“We don’t want to see solar going to waste. That costs everyone more because less cheap renewable energy gets into the system.”

The final reforms also address the diverse views on this issue, including requests for more certainty on what the changes will mean for current and future solar investments.

AEMC chief executive Benn Barr says that the commission has listened to feedback from the community and have tightened protections for customers to increase certainty as a result.

“This means networks will have to offer a free basic service alongside any paid solar export plans, so people won’t have to pay if they don’t want to. If they choose a paid plan where they earn more at some times and less at others, there will be more ways to earn and save,” he says.

“Those with a battery or an EV could earn for sending energy when it’s needed or save by consuming more of their own solar. There are smart devices and set and forget systems out there now to help customers navigate a more dynamic energy system – like delay start functions on dishwashers, and automated systems that control solar inverters to send energy when it’s most beneficial to the grid and the household budget. All of this can be as easy as using a mobile phone.”

Other changes in the final reform package include giving the Australian Energy Regulator (AER) power to develop a framework to govern how power networks should provide export services to customers and how they must report back.

The Regulator will need to sign off on all network plans as being in the long-term consumer interest. Each network will retain the ability to develop its own incentives because each has a different customer mix level of solar penetration and congestion, and different government preferences to consider.

“This is about getting ahead of the curve and preparing the grid for change that is happening now and only going to accelerate over the next ten years,” Benn says.

“Getting this right means adapting the grid to handle more solar in a smart way that keeps costs down, keeps significant financial benefits for those who choose to go solar and saves money on electricity bills for those who don’t or can’t. Getting it wrong means less clean energy in the system and existing and future solar and battery customers miss out.”

Based on the latest retail and solar feed-in tariffs in each jurisdiction, 80% of customers should see their bills drop under this reform because they would no longer pay for solar export services they aren’t using. AEMC modelling shows even under a worst-case cost scenario, solar owners choosing paid plans would still earn at least 90% of what they do now – and that’s before taking any action to change their energy behaviours. This compares favourably with lost income from being blocked from exporting energy.