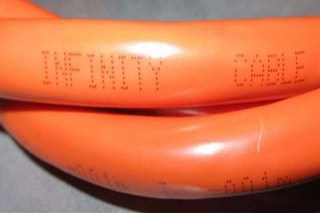 The Australian Competition and Consumer Commission is urging electricians and builders to replace dangerous Infinity electrical cables that were installed in up to 40,000 homes and businesses throughout Australia.

The cables fail to meet safety standards due to poor quality plastic insulation coating. Tests have shown that the cable may become prematurely brittle from 2016 onwards, which could cause fires or electric shock if the cables are then disturbed.

“More than a year after the recall of Infinity cables, 62 per cent of the faulty cables are yet to be remediated, posing a serious and unnecessary risk to community safety,” ACCC deputy chair Delia Rickard said.

“Electricians and builders have an obligation to inform the home owners and businesses where they worked that their electrical installations are unsafe and non-compliant.”

“State and territory regulators can issue rectification orders requiring electricians and builders to replace non-compliant cables, and will do so where Infinity cables are known to have been installed and contractors have simply ignored the problem. Such orders have already been issued and more are expected to follow,” Ms Rickard said.

“It would be far better for electricians to be on the front foot and schedule this work rather than waiting to see if a regulator contacts them. While they do nothing, they run the risk of a house burning down, or a fellow tradesperson or home owner being electrocuted.”

Licensed electricians can expect further contact via the licensing schemes in their respective states and territories to be advised about their legal obligations and urged to take action now—before it’s too late.

Home owners are also urged to have all electrical cable installations carried out between April 2010 and October 2013 inspected by an electrician. Any Infinity cables that are discovered should be remediated as soon as possible under the supplier’s recall. An inspection can be carried out for as little as $100.

In early 2014, the ACCC formed a taskforce of state and territory electrical safety, building, and consumer affairs regulators to address the problem when the importer of the cables, Infinity Cable Company, liquidated.

The recalls apply to all sizes and configurations of TPS and Orange Round mains power cables sourced from Infinity Cable Co Pty Ltd and supplied under ‘INFINITY’ and ‘OLSENT’ brands.

Information received from suppliers as at 12 October 2015 indicates that between recall notifications and that date, the following progress has been made:

ABB celebrates 60 years of manufacturing in ...