A warning to solar panel retailers on marketing tactics 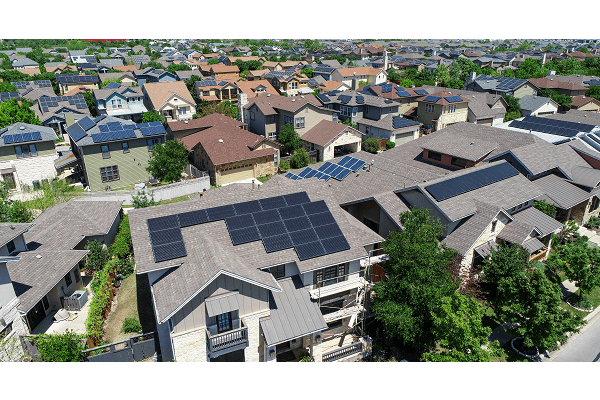 Solar Victoria and Consumer Affairs Victoria have joined forces to establish a taskforce that will maximise consumer protection as a state government solar rebate program is rolled out.

The two agencies are working together to combat high-pressure tactics, inaccurate marketing and poor service.

This follows the news that WorkSafe, Energy Safe and the Victorian Building Authority will have a focus on safety and enforce long standing OHS and electrical safety requirements.

Solar Victoria chief operating officer Jonathan Leake has urged consumers to use retailers who have signed the Clean Energy Council’s Solar Retailer Code of Conduct, which aims to lift standards in the solar industry.

“This is a growing industry, and while most people in it will always do the right thing, others are undermining the good operators and community confidence,” Jonathan says.

The Victorian Government’s $60m Solar Homes rebate program requires installers to be accredited with the Clean Energy Council (CEC) and for them to install products approved by the CEC.

“Companies signed-on to the Solar Retailer Code of Conduct are better positioned to influence the industry’s future direction,” Jonathan adds.

“This program is helping Victorians to significantly reduce their energy costs, but we won’t tolerate those who are fraudulently taking advantage of vulnerable people.”

“Compared with the number of installations, we are receiving relatively few complaints, but there could be more.”

Jonathan says only Solar Victoria could confirm someone’s eligibility for a rebate, but people needed to first register their details at solar.vic.gov.au.

Information about the material people need to provide to confirm their eligibility for a rebate can be found here – www.solar.vic.gov.au/Apply-for-a-rebate#step1.

Only Solar Victoria can confirm the eligibility of rebate applicants or solar installers.

Jonathan says that Victorian Government agencies will never ask for personal details, such as banking information over the phone.

“We do not endorse any company that is engaged in cold-calling or going door-to-door to drum-up business. Anyone suggesting they are associated with the government isn’t telling the truth,” he says.

“Getting the best deal is about educating yourself, asking questions and being vigilant. There’s no rush, and any pressure to pay a deposit, or worse – the full price – should set alarm bells ringing.

“Consumers should talk to neighbours, friends and family who have recently installed solar systems, find out who they’ve dealt with or speak to your energy company or well-known providers.”

“The cooling-off period gives consumers time to ensure they are happy with the decision and that they have all the information needed to make a good choice,” he says.

“It begins on the first business day after the agreement is made. If the consumer cancels the agreement, there’s no penalty.”

The Australian Competition and Consumer Commission has produced a guide to help people understand their rights.

Telemarketing phone calls and telemarketing contracts are regulated at the national level under the Australian Consumer Law (ACL), the Do Not Call Register Act 2006 and the Telemarketing Industry Standard.

The maximum penalties for breach of the ACL provisions are $50,000 for a company and $10,000 for individuals.

Callers must say why they are calling and identify themselves and can only call between 9am and 6pm Monday to Friday, and 9am to 5pm on Saturday. They must also inform consumers of cooling off rights and how they can end an agreement.

Telemarketers must hang up immediately when asked by the consumer and not call back for at least 30 days.

Consumers can also register their phone number with the Federal Government’s Do Not Call Register where you can also lodge a complaint about telemarketing calls.

How to get rewarded with ROBUS GO