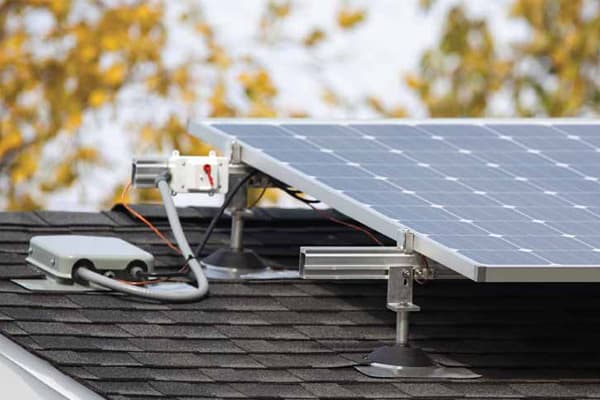 Solar inverters are now covered by a revised Standard that may contradict a ban on earlier systems. Phil Kreveld explains.

However, they are creating a dog’s breakfast for anybody involved in getting electricity to a householder’s service fuses, metering, feed-in – and, yes, installing solar inverters.

Contractors approved by the Clean Energy Council (CEC) are well advised to contact the CEC for straight answers, in particular as to the validity of still being able to install AS/NZS4777-2005 edition inverters for new installations (after 9 October 2016). More about this below.

Distribution network service providers (DNSP) have woken up to the network problems that rooftop solar photovoltaic generators are causing by way of too much feed-in.

For a start, this can create voltage-rise problems. Solutions for solar feed-in power quality effects are another matter, but the ability to remotely switch off inverters seems to be attractive.

Notwithstanding the absence of fixes for solar-occasioned voltage unbalance, power factor, and even harmonics in distribution networks, inverter specifications are already affected by the AS/NZS4777-2015 edition because of the remote switch-off requirement.

Surprisingly, mainstream media are not yet aware of the new technical requirements, because the remote switch-off requirement seems to make a mockery of the feed-in philosophy. Or perhaps it’s fairer to say that feed-in was at best an expensive method (subsidised by non-solar households) of meeting small certificate renewable energy targets.

Approved 2005 edition systems listed by the CEC can no longer be used in new installations, as the one-year grace period expired on 9 October 2016. However, a close reading of the revised Standard possibly contradicts the CEC ban on those earlier inverters.

Remote switch-off will most likely occur when the sun shines brightly and domestic electrical energy usage is low because the inhabitants are out of the house.

On days of high insolation, voltage rise due to solar installations is particularly noticeable in weak networks, ie: those with low reactance to resistance (X/R) ratios.

In areas with long cable runs, high solar installation density and few distribution transformers, voltage rise near inverter terminals is likely to cause inverter islanding once the allowable limit for LV phase voltage, about 268V, is reached.

In stiff networks, voltage rise is contained, However, substation problems can emerge, such as the obscuring of network faults or interference with the operation of tap changers and VAr compensation.

Solutions for achieving remote control are there in principle if not in practice. What is needed is a ‘demand response enabling device’ (DRED). This mouthful is mentioned in AS4755, and the Standard calls out all sorts of DREDs, such as for air-conditioners and pool pumps.

In smart networks of the future DREDs would, for example, switch off some devices in consumer premises at opportune times, based on high kW demand peaks.

The 2015 edition of AS/NZS4777 clearly envisages the use of DREDs. The output of a DRED has to match that of a port (now specified as an RJ45) on the solar inverter. According to AS/NZS4777.2 the following commands are provided for remote operation:

DRM0 Operate the disconnection device – this is mandatory

DRM1 Do not consume energy from the grid

DRM2 Do not consume at more than 50% of rated power

DRM3 Do not consume at more than 75% of rated power and export reactive power if capable.

The AS/NZS4777-2015 standard leaves a big question mark over interfacing with DREDs.

It actually allows for inverters without inbuilt remote control by permitting the DRM0 function to be achieved in external circuitry. So why can’t 2005 edition inverters be used in new installations?

DREDs have been around for a long time, although mainly as a concept in Australia.

Their implementation was heralded as essential to smart networks of the future, and it was a big selling feature for smart meters. Practical demand response continues to be an enduring discussion item.

DREDs need some sort of input as well as an output. The latter can be a control relay whose contacts switch the targeted loads, although short-range Zigbee radio would be far more elegant and less costly from an installation viewpoint.

The input is the problem, as there are many ways for DNSPs to communicate. Power line communication, such as ripple control (favoured in Queensland), is one; radio, cellular radio and the mobile network are also available.

Are smart meters the ticket?

The DRED of choice is a smart meter, you would think.

Obviously meters would have to be equipped with relays or with signal outputs that could control relays.

In Victoria, which has been a leader in smart meter installations, ‘mesh radio’ is the system of choice, and WiMAX mainly for regional areas.

Other states have not been nearly as active. Queensland and South Australia have virtually no smart meter roll-out, and the program in NSW is in its infancy.

Mesh architecture is, in effect, a router network minus the cabling between nodes (individual smart meters). It is built of peer radio devices that don’t have to be cabled to a wired port like WLAN access points.

Mesh architecture sustains signal strength by breaking long distances into a series of shorter hops (between smart meters). Intermediate nodes not only boost the signal, but co-operatively make forwarding decisions based on knowledge of the network, thus performing routing.

Mesh radio operates on a frequency of 900MHz.

Jemena, Citipower, United Energy and Powercor use this communication method. WiMAX is used by SPAusnet.

Unlike WiFi, the range of WiMAX is typically measured in kilometres rather than metres. The main difference between the two Standards is that WiFi is focused on LAN technology and WiMAX is a metropolitan area network technology. WiMAX uses a frequency of 2.4 GHz.

However, there’s a fly in the ointment for smart meters – the Federal Government’s strategy ‘the power of choice’. This is basically a fragmenting of the electricity supply sector into competing and theoretically more efficient sub-units. DNSPs will relinquish their metering responsibility by December 2017, leaving a raft of stranded metering assets.

New metering assets will become the responsibility of ‘metering co-ordinators’ – independent companies that will work with other companies for meter communication, installation, service, etc.

In short, it seems that the new 2015 edition solar inverters are arbitrarily replacing the earlier complying hardware without giving DNSPs control over inverter output to the grid. There is no short-term prospect of effectively controlling DREDs, whether embodied in smart meters or as stand-alone devices.

The usual requirement is for 0.9, which represents a phase angle of 26°. The thinking is that it will limit technical losses in the LV distribution network by supplying reactive VA power to domestic loads.

The accompanying figure illustrates the manner in which power factor can be controlled.

Lag angle j is measured by inverter control circuitry, and the internally generated voltage phase E is adjusted so that the voltage drop on the inductor connecting to the grid allows for required power angle d.

Phase balance is yet another requirement, but DNSPs often have a big problem that is beyond rectification by inverters.

Phase balance for three-phase inverters is a requirement of AS/NZS4777-2015, although if current balance cannot be achieved then at least voltage balance is required.

In practice this equally challenging, because balance in LV distribution is very difficult to achieve, and even more so with asymmetrical distribution of single-phase solar PV.

PROtop power supplies go above and beyond